The console video game landscape has been in a lull for the past few months as many of the triple-A gamemakers are waiting until the holiday season to put their next big blockbusters on sale. Cyberpunk 2077 is one of those games, and one special character will drive this retrofuturistic Porsche 911 Turbo.

Johnny Silverhand, played by Keanu Reeves, is a cybernetic rock god with a metal arm (hence his name). He’s the lead singer of a fictional band called Samurai, and will play a pivotal role in the Grand Theft Auto-style, open-world game, which goes on sale November 19 for PlayStation, Xbox and PC. 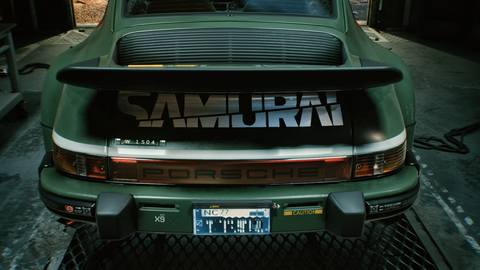 “In Cyberpunk 2077 we often try to mix the old with the futuristic, creating a distinct retro-futuristic style,” said publisher CD Projekt Red, who also brought us the Witcher series. “As a starting point for our history we chose the 1980s, the beginning of Cyberpunk’s history and, at the same time, the moment when the universe of Cyberpunk separated from our reality. This Porsche 911 Turbo is not only a relic from a bygone era, but is also a link between the Cyberpunk universe in 2077 and our world today.” 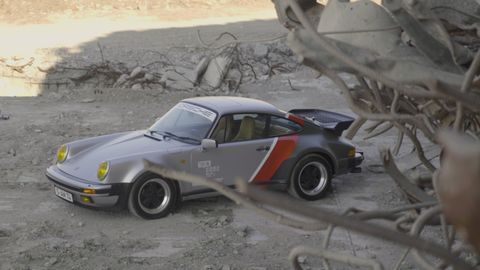 The Cyberpunk Porsche retains its look—and why shouldn’t it?—but has been adapted to the game world. Accordingly, it has a LIDAR setup in front, extra sensors, new screens and electronic mirrors with monitors inside. “Silverhand’s Porsche is a reflection of his own character, as the colors testify.”

Here are some more of the non-licensed cars featured in the game.

Check out the video above, and the gallery and let us know what you think in the comments.