Sixty per cent of the time it works every time 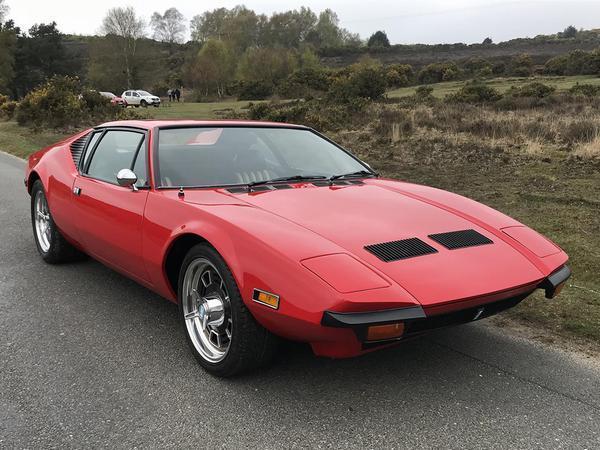 Exposure to too much of anything tends to increase your tolerance to it. We’re noticing the same effect from a regular regime of Brave Pill. Last week’s choice of a bright yellow Chevrolet Corvette Z06 was criticised by many for lacking daring and for not having a Pill-appropriate level of risk.

Which is why this week’s contender has been turned up to 11. That’s 11 on a scale that goes up to five.

While there’s a topical connection in the form of the stylish P72 concept which made its debut at last week’s Goodwood Festival of Speed, it’s not one that needs to be worked hard. Any De Tomaso is properly brave. 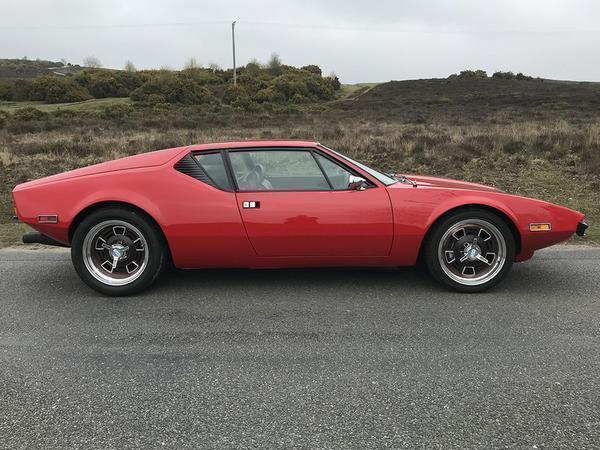 This Pantera represents an expedition to the part of the car-buying map with ‘here be dragons’ written on it. It’s our first supercar, the first Pill not to be road registered and the first one to wear a price tag this serious. You could have bought our three next most expensive Pills without discounts for almost exactly the same as the £69,995 that this one is being advertised for. If this doesn’t count as brave enough then it’s probably time for you to find a new adrenaline high; try free-fall bear baiting.

Yet the Pantera could also prove to be a very intelligent investment. The values of early Italian supercars have been booming in recent years, and the only Ferraris or Lamborghinis from this era under £100,000 will either be delivered in dozens of boxes, have trees growing through them or have been on fire at least once. A Pantera isn’t in quite the same league of course. But it is Italian, stunning to look at, as fast as almost any of its contemporaries and with a soundtrack more operatic than most operas.

This one is also very attractively priced. It is entirely possible to spend much more than six figures on a Pantera, the classifieds offering several, but this low-mileage car comes pretty much direct from a stint spent in an American collection and is being offered for less than you’d have to pay for a three-year old basic 911. Employ the sort of astrophysicist-level man maths that Pill encourages and you should be shouting ‘take my money!’ while waving a wad of cash. 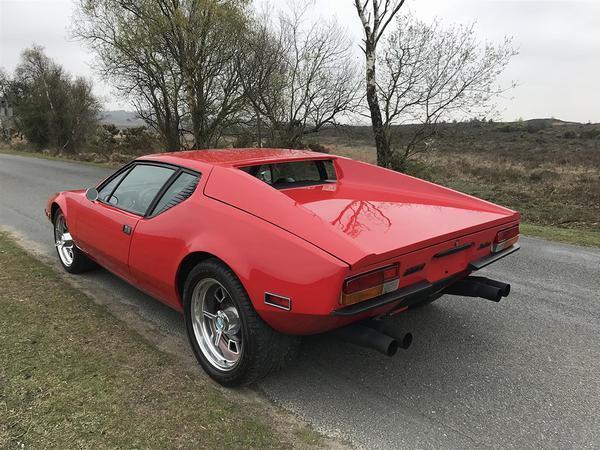 De Tomaso’s origin story gets close to being stranger than fiction. Founder Alejandro De Tomaso was born it Argentina to rich and well-connected parents, but fled to Italy – from where his grandfather had emigrated – after being part of an unsuccessful plot to overthrow president Juan Peron. Once on our side of the Atlantic he quickly got busy putting ticks on his playboy bingo card, with some high-level gentleman racing (scorers were untroubled by his four F1 starts) then marrying an American heiress and settling in Modena to follow Enzo and Ferrucio’s lead in starting an eponymous sportscar company.

While the hand-built engines of contemporary Ferraris and Lamborghinis made them hugely expensive and frequently unreliable, De Tomaso opted to follow the example that had been set by companies including Facel in France by buying in cheap, reliable power. The first De Tomaso Vallelunga used a four-cylinder Cortina engine and was quite Lotus-y, but with the launch of the Mangusta in 1966 the brand switched to American-sourced Ford V8s.

The Pantera followed in 1970, with an all-new monocoque body and striking design from Tom Tjaarda who was chief designer at De Tomaso’s Ghia subsidiary. Power came from a tuned 5.7-litre Cleveland OHV V8 making a claimed 335hp, only slightly less than the V12 in a contemporary Miura was knocking out, with drive through a five-speed transaxle hung out the back. It was also packed with kit compared to what was usual for supercars at the time, including such novelties as electric windows and air conditioning as standard. Plus it got its radio mounted sideways, a detail that seemed to appeal particularly strongly to teenage boys studying pictures of the dial-strewn dashboard. 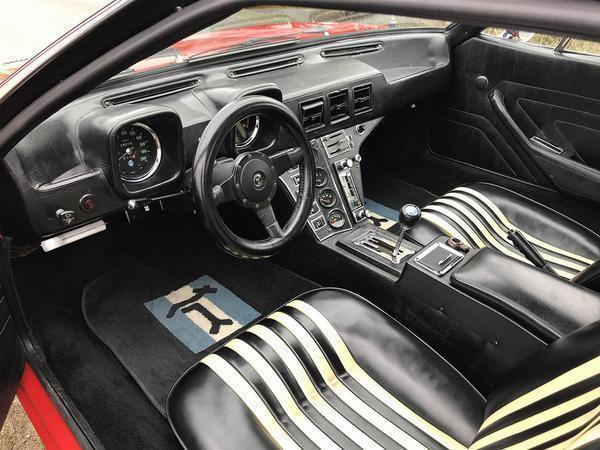 Ford had been paying attention to De Tomaso’s efforts and the consequent demand for its engines, and came to an arrangement to import the car into the ‘States through Lincoln-Mercury dealers. This gave De Tomaso entry to a far bigger market than it could have tapped on its own, and although the deal with Ford only lasted until 1975, while the Pantera survived into the 1990s, the majority of sales were stateside during this brief period, 5,500 out of the total 7,200.

Not that the Pantera was an unalloyed critical success. Road testers were impressed by the car’s handling and considerable performance; several recorded sub-6 second 0-60mph times and De Tomaso claimed a 160mph top speed. But build quality wasn’t great even by the limited standards of early seventies supercars. It came from before Italy’s discovery of even rudimentary rustproofing, there are pictures of Panteras with major corrosion before they even left the factory.

In the ‘States, Lincoln-Mercury dealers were more used to selling and servicing Huggy Bear-spec Continental Coupes and had little patience for dealing with the De Tomaso’s many foibles. American market cars also got lower-compression engines making just 250hp and – from the 1973 model year – suffered the added indignity of black plastic bumpers and a raised ride height to satisfy the nation’s 5mph impact test. 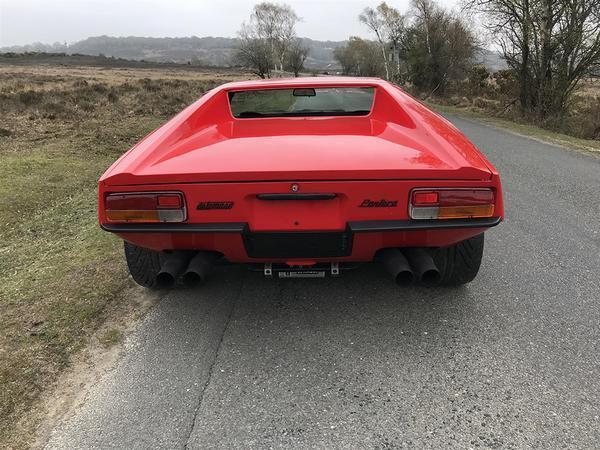 The good news is that our Pill is early enough to have avoided the unsightly cladding. Like the Countach, the Pantera picked up more aggressive bodywork and even wings throughout its long life, but none of the beefed-up versions looked better than the original. Being U.S. spec, this Pantera will have been built with one of the lower-output engines, but may well have been upgraded over the years. It’s not like Ford V8s are exactly short of tuning parts. It was sold at auction in the ‘States in 2010 as a one-owner car with just 14,000 miles showing; in the nine years since it has run up another 21,000 and also changed colour from its original yellow but is still looking remarkably fresh.

This car was sold again by Bonhams at the Goodwood Members’ Meet auction in April, the hammer falling at £51,750 including premium, but without the import taxes that the selling dealer has presumably swallowed. While the vendor is obviously hoping to extract a nice chunk of profit, they also promise the car will be freshly serviced and road registered if it remains in Blighty. This is a fine example of the only early era supercar to be worth less than its weight in £50 notes and if there are any cheaper ones out there, none are showing on any of the major classified sites.

So come on, who reckons this isn’t brave enough?