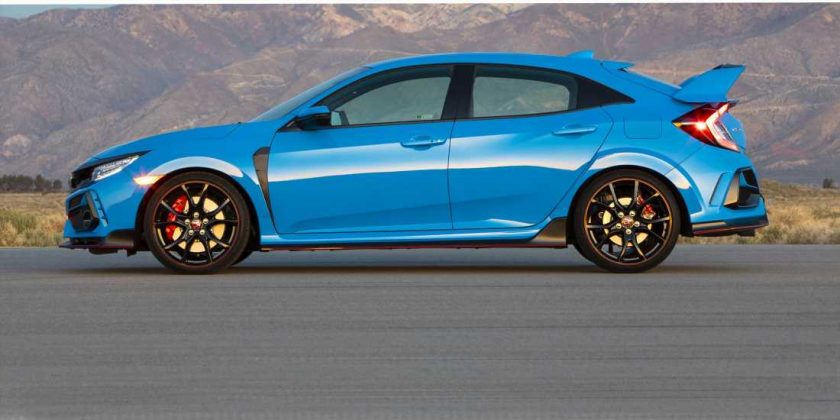 This is not a story about convincing myself that I’m still young. I know I’m still young. With the current advancements in anti-aging science I fully expect to make it to 120 years old, which means I’m just closing the first third of my life. So, when I found out I had two, six-speed manual Honda Civics lined up for a back-to-back test (2020 Civic Type R, 2020 Civic Si sedan) I figured it would be a time to measure my automotive age, as in, how much nonsense I can deal with in a vehicle as I’m entering early adulthood.

A week in to driving the Type R, I said to myself, “I could totally live with this car.” Even with two young kids, there seemed to be plenty of space in the back seat and in the trunk for all our pod school, park and farm visits. And, of course, it was mega fun to drive.

At this point, I knew I had the Type R’s little brother on the way in the form of the Civic Si sedan (it’s also available a coupe), but I still told myself that I would choose the Type R when it came to my dollars. And then the Civic Si came to my driveway, and now I’m waffling. It wasn’t that the Civic Type R wouldn’t fit my needs, it definitely would, it’s that the high-grip, high-winged factory tuner constantly invited antisocial behavior. 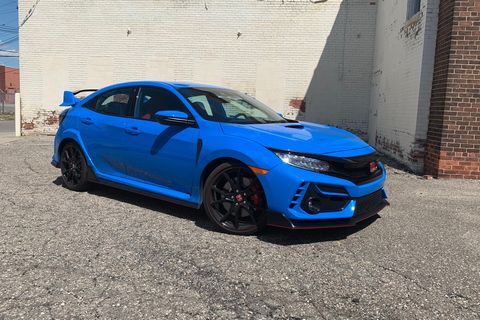 First, people around it always drive faster. They see that wing, and on this one, the piercing sky blue colors, and just want to haul ass. Which, in turn, makes me want to drive faster. And the Type R is easy to spot in any color, within a sea of gray and black and white crossovers. Furthermore, it has so much grip and stability that you take turns faster and stop harder than you would in most anything else. That not only attracts attention, it leaves less of a safety cushion.

Case in point, I was taking a cloverleaf exit towards my cottage on fresh new blacktop, sticking way to the inside of the turn, as I usually do. With the left tires were in the middle of the lane, I hit a small puddle of oil and slid four feet toward the outside of the road. Just then, the Type R picked up grip and everything was fine, but this is the kind of activity, though thrilling, that will get you (me) in trouble—fiscally and, potentially, physically—in the long run.

But I still thought it was the Civic for me. 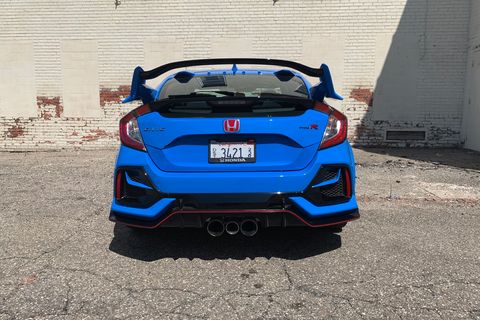 I’ve already said the Type R is the best front-wheel drive car on the planet, with the less expensive Hyundai Veloster N a close second. I love all the suede inside the Type R—my next car will have that, just not red—and it has the best shifter in the business. I love that the base drive mode is sport, the other two are comfort and plus R. And, thankfully, the front bumper is just low enough to barely scrape my driveway, which is the best you can ask for in this type of vehicle. The rev matching feature, which I was initially against, is easy to get used to. So much so that when you get into another car, say a slightly less fast and slightly less expensive Civic, you’ll think you forgot how to drive a stick shift.

But then there’s the Civic Si, which costs almost $12,000 less than the Civic Type R at $26,000. And that doesn’t factor in insurance, inevitable speeding tickets, and the late-night street races that you’ll no doubt encounter in that car and cost you in tire wear at a minimum. Moreover, the Civic Si sneaks under the radar in almost any color. Get that thing in gray and you’ll be invisible. 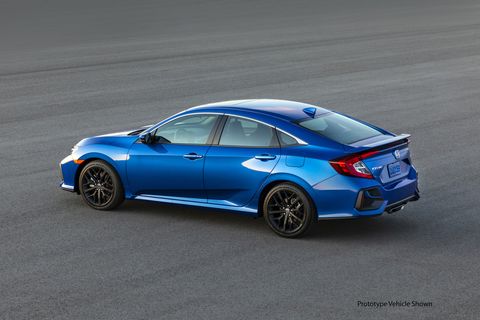 The Civic Si (205 hp, 192 lb-ft) isn’t nearly as fast as the Type R (306 hp, 295 lb-ft) but with the six-speed manual the Si sedan will take many more expensive cars out to the woodshed. It’s quick enough—6.8 seconds to 60 mph—to shoot gaps on the expressway and to pull ahead of most traffic at red lights.

More importantly, it’s fun taking sweeping expressway exits quickly and smoothly and not right on the limit. You don’t have to do that in the Type R either, but if you don’t, you’ll feel guilty letting all that capability go to waste. The Civic Si is happy to be flung around at reasonable speeds dicing through traffic; the Type R quietly laughs if you don’t.

To that end, both the Si and Civic Type R have adaptive dampers; the R feels one level stiffer than the Si. In the same vein, the Type R has exceptionally communicative steering where the Si’s is a little more numb. That’s yet another feature that makes me want to rip around in the Type R, which is what good sports car do: You should wake up, get ready for work, go outside and smile, thinking, “I can rip around on my way to and from work today.” But, again, encouraging bad behavior. Or maybe that’s just me. 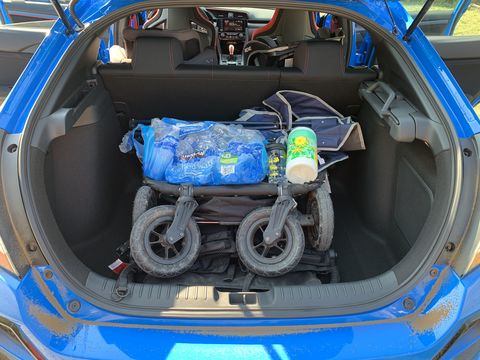 One could make the case that the Honda Civic Type R is more practical than the Si, due to its hatchback body style. It trumps the Si sedan’s cargo space by more than a third (25.7 cu-ft to 14.7). That’s useful when toting the brood. The Type R’s seats are supportive than the Si’s standard buckets, too, which is nice.

But that reminds me that the Type R’s interior, slathered in red suede, is more in-your-face. There has to be something subconscious about sitting in red seats with a red seatbelt and red accents on the steering wheel that make you see red when behind the wheel. That, ironically enough, makes the Si more like the venerable VW GTI hatchback, and the Type R more like a somewhat tamed tiger at a petting zoo. And the tiger is hungry. 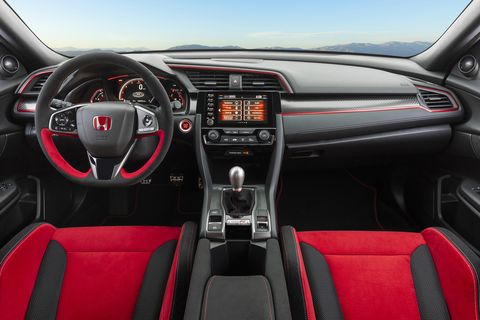 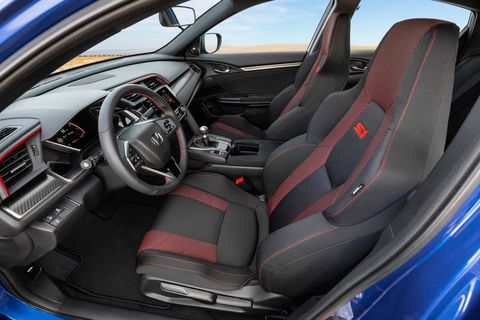 The Honda Civic Type R is awesome, in every way. It can and will be a daily driver for many people, even married fathers of two—both car seats fit fine. I just don’t think I’m mature enough to handle one every day. Even my Mustang GT, which is far faster, doesn’t incite as much antisocial (read: awesome) driving.

Now if I were to best-of-both-worlds it, I would like the Civic hatchback four-door body with the Si engine output, sans-wing. Then I’d have the best shape, the best cargo space, and a damn good engine without the constant temptation of never slowing down for a turn, which the Type R can do. As it stands, the Si makes the most sense, mostly because of the $12K price difference, not to mention what it would probably cost me in the future. But that’s now.

Try to catch me 15 years from now, I’ll be the middle-aged guy in a super-high-winged Type R, blaming my poor middle-aged eyes for not seeing that 45 mpg suggested speed sign around that hairpin.