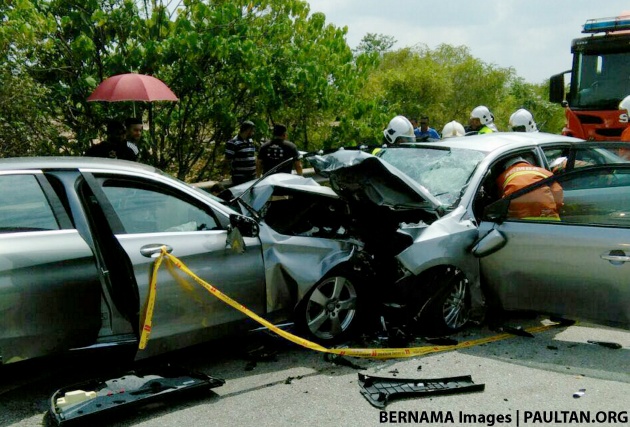 The Royal Malaysian Police (PDRM) has stated on its Facebook page that driving against traffic is an offence, and any driver or rider found to have committed the act can have action taken against them under Section 42 (1) of the Road Transport Act (Amendment) 2020.

The offence comes under reckless and dangerous driving, and those convicted shall be punished by imprisonment for a term of not more than five years, and with a fine of not less than RM5,000 and not more than RM15,000.

A person convicted under this section shall also be disqualified from holding or obtaining a driving license for a period of five years from the date of conviction, the statement continued.

Instances of driving against traffic has resulted in death, even if some in other cases have emerged unharmed. In the first nine months of 2021, the transport ministry reported that there have been 807 accidents involving vehicles being driven against the flow of traffic. Of this total, 29 fatalities were recorded, while 17 cases had serious injuries, 49 with minor injuries and 712 cases involving damage.