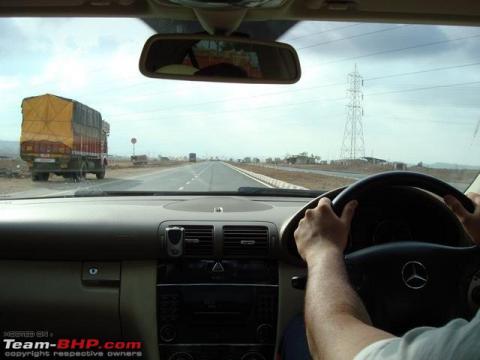 Do share those things which you discovered late in your driving life and which now you find silly.

BHPian RR96 recently shared this with other enthusiasts.

Through this thread, you could just share those things which you found later by yourself in your driving journey. For example, I discovered many things later like:

Do share those things which you discovered late in your driving life and which now you find silly.

Here’s what GTO had to say on the matter:

The biggest thing I learnt and what I now find silly is, it’s simply not worth it to fight/argue on the road if you get into an accident. Just go claim your insurance if required & move on. A mad guy recently rear-ended a luxury car I was driving. Didn’t even step out of the car. Just smiled, gave him a thumbs-up with smile (“all is okay”) and moved on. In my younger days, raging with adrenaline, I’d always be up for road fights. The stupidest thing ever.

There is also the safety aspect. Remember, you never know who is carrying a dagger or a gun under their seat. And there is no doubt that people just need to vent due to other frustrations in life. See the first minute of this video where Sunil Dutt explains to the thief that the crowd wants to bash him only because of personal or professional problems in their lives.

Here’s what BHPian Akshay6988 had to say on the matter:

As a newbie driver, I had this habit of upshifting at 1500-1700 rpm before the engine gets in its power band. This resulted in me being very very slow on uphill roads. Many kilometres later and after asking here on the forum, I learnt that I’ve to upshift at higher RPMs on uphill.

Another thing I’ve noticed after driving almost 20k km is cruising at 90-100 km/h is better than cruising at 100 km/h. The time difference between both is merely 10 – 15 minutes. You get much better mileage and drive is relatively easy at these speeds. Anticipative braking also helps manage your average speed.

Here’s what BHPian RedTerrano had to say on the matter:

In no particular order:

Safe distance in Pune is a fantasy. The moment you keep your distance, 3 bikes and a rickshaw will squeeze into that space.

Rule of thumb: Everyone is an idiot.

Your vehicle, your safety, your wallet, your freedom, your responsibility.

Vehicle language, like body language, is real. If you feel a vehicle is going to overtake you from the left and slide in front of you, it will.

Corollary: The vehicle whose front wheel is ahead of the other always manages to get its way.

Dashcams are well worth the investment.

As per Indian law, the one with the bigger vehicle is always at fault.

Watch out for buses, especially public transport. Anyone can nonchalantly spit out of the window, whenever they feel like it.

If someone halts their vehicle to give you the right of way, most probably they have been to some Western country. A courtesy thank you wave of the hand is absolutely recommended.

Corollary: It is also nice to be waved to instead of just waving to others.

If you are a man and spot a woman fallen from her vehicle, do not attempt to physically help her unless you are accompanied by a woman, or there are more people on the scene.

If anyone is itching to overtake you on weekend evenings/nights to gain a few precious inches, let them. Not worth the hassle.

In case she comments on your speed, shares it with her.

Here’s what BHPian narayans80 had to say on the matter:

Here’s what BHPian V.Narayan had to say on the matter:

My learnings from 44 years of driving in India are below. These are not theoretical learnings but what I actually practise while driving on our roads.