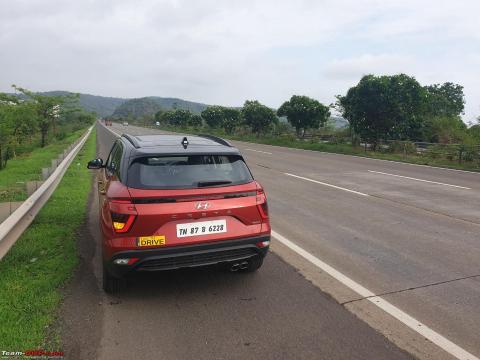 We will all agree that driving during regular hours in India isn’t really fun. Forget the city, it’s no longer fun even on most highways due to rising traffic levels. That leaves us with two options = early morning or late night. Which do you prefer? After all, every petrol-head needs to redline his engine  ever so often, and there’s nothing quite like a fun early morning / late night drive to make us “alive” again.

1. You are fresh from a night’s rest and ready to roll

2. Good visibility on the road – the sun is coming up

3. Club your drive with a tasty breakfast. Idli or misal?

4. No drunks on the road

6. Emptier roads, compared to the night

1. Not everyone likes to get up early

2. If you get out too early, not all places are open – e.g. if you reach Lonavala at 7 am, you will find only 2 restaurants that will serve you

3. Expect some truck traffic at the city’s exit points – in Mumbai, trucks are barred entry / exit before 8 am and after 9 pm

1. There are probably more night owls than early risers here

2. Certain eateries are open only at night – a nice biryani or kebabs?

3. Cityscape is beautiful at night!

5. There is a romance about a sweet winding road, illuminated with just your headlights

2. Not at all safe for 2-wheelers or lone women (in some cities)

5. If you are going out after a long day at work, you could be fatigued / sleepy at the time of the actual drive

6. Next day could be ruined (due to a late night & lack of sleep)