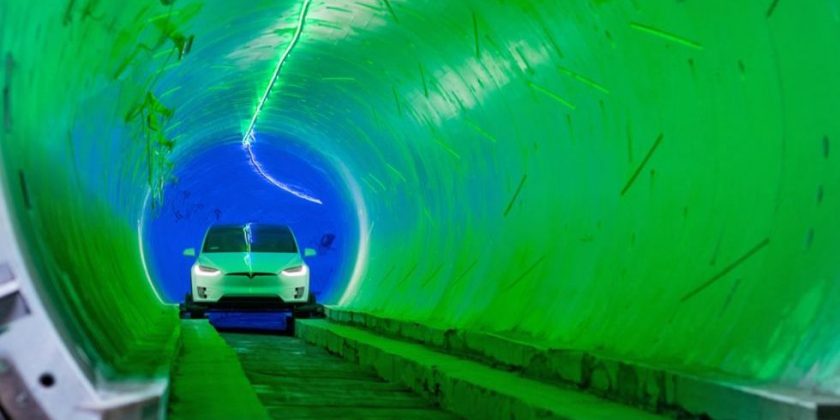 The Boring Company, which has periodically made headlines for its solution to traffic problems by envisioning filling narrow tunnels with cars on skates, has made a surprise return into the news earlier this week. Founder Elon Musk took to Twitter to say that the Boring Company would examine the possibility of building tunnels under Miami in an effort to “solve traffic” and reduce pollution, and that he has already spoken to Florida’s governor about it.

However, Musk did not indicate which locations the tunnels under Miami would seek to connect.

In response to discussions about the company’s desired Miami project, a large number of Twitter users immediately pointed out that not only is Miami just a couple of feet above sea level, but that its water table is just a few feet below the surface as well. Some Twitter users shared videos and photos of flooded underground parking structures, while also pointing out that much of the surrounding area is swamp land and the rest is porous limestone, and that a lot of houses in the area don’t have basements. Some also pointed out that the Port of Miami Tunnel had cost quite a bit of money while dealing with these issues.

Count me in! No brainer…we would love to be the prototype city. https://t.co/waRwj0dprJ

The Boring Company had earlier demonstrated its tunnel system in a proof of concept format, inviting journalists to take a ride in a Tesla Model X sent through a tunnel on the specially-designed skates. The demonstration raised more questions about the concept than it answered, while also highlighting the costs and the passengers-per-hour capacity of such tunnels.

The company’s concept has faced significant skepticism even without the element of Miami’s water issues, and has been described by some as a very expensive solution to problems that could be solved by other means. The idea of putting cars on wheeled skates into narrow tunnels has also brought up a large number of questions about efficiency and safety as a means to increase traffic flow. In addition, the company has not convincingly explained why a greater number of narrower tunnels was preferable or more effective compared to wider tunnels with normal surfaces that could hold several lanes of traffic. At one point Musk backed off the skates idea and tweeted that cars would just move through tunnels on their own.

However, a number of cities are on board with the concept. The company’s first major project under Las Vegas is currently under construction, while work with a number of other cities is in the planning stages.

Are tunnels the solution to Miami’s traffic issues? Let us know in the comments below.