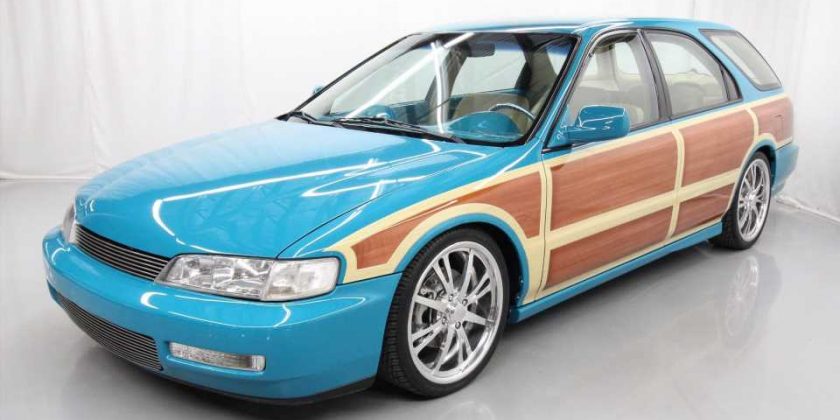 The concept of using wood as a major structural component in automotive bodies was dead by the 1950s as all-steel construction became the norm. Cars into the 1970s sported fake woodgrain trim pieces recalling the general aesthetic, but the concept quickly became old hat past then. The concept has only become more dated since then, but that didn’t stop someone from building a wood-trimmed 1996 Honda Accord—which is on sale for the astounding price of just $29,997, listed for sale on Duncan Imports and Classics.

The Wicked Wagon, as the car is reportedly known, has been given a full cosmetic overhaul. There’s a rich, glossy, sea-blue paint job, with the aforementioned airbrushed woodgrain down the sides, as well as grille and front bumper treatments to match the look. Door and hatch handles have also been shaved for that smooth custom aesthetic, while big chrome wheels are mounted at all four corners. Under the hood, there’s a four-cylinder engine which has been given a matching paint job and a lovely chrome rocker cover. It sports shiny headers, too, likely the only real performance mod to the engine. 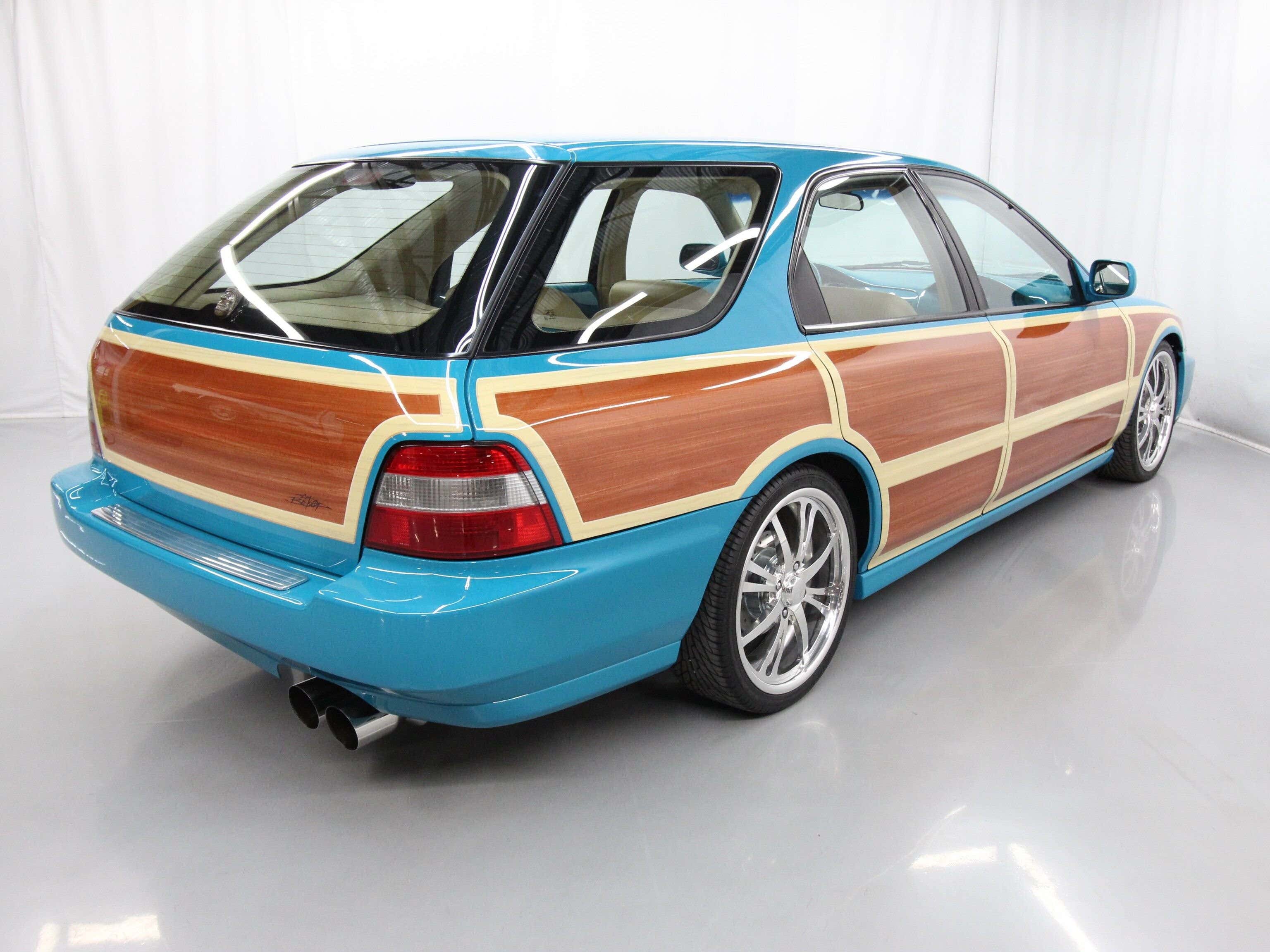 The interior only gets crazier, receiving a matching sea-blue gloss coat on the dash as well as cream leather as far as the eye can see. Weirdly, there’s a second bubble on the dash in the shape of an instrument cluster on the passenger side of the car, though it’s entirely blank and mounts no gauges. This isn’t a standard part of the Accord dash, and why it was tacked on remains a mystery. It’s a mixed bag overall, though, as while there’s a retro set of window switches and a big skull knob on the automatic shifter, there’s still plenty of normal 90s plastic buttons that disrupt the overall vibe the builder was clearly going for.

The aftermarket headunit is also missing its bezel, which pretty much tells you everything you need to know. It’s a shame, as this kind of style can be done quite well with the appropriate attention to detail. 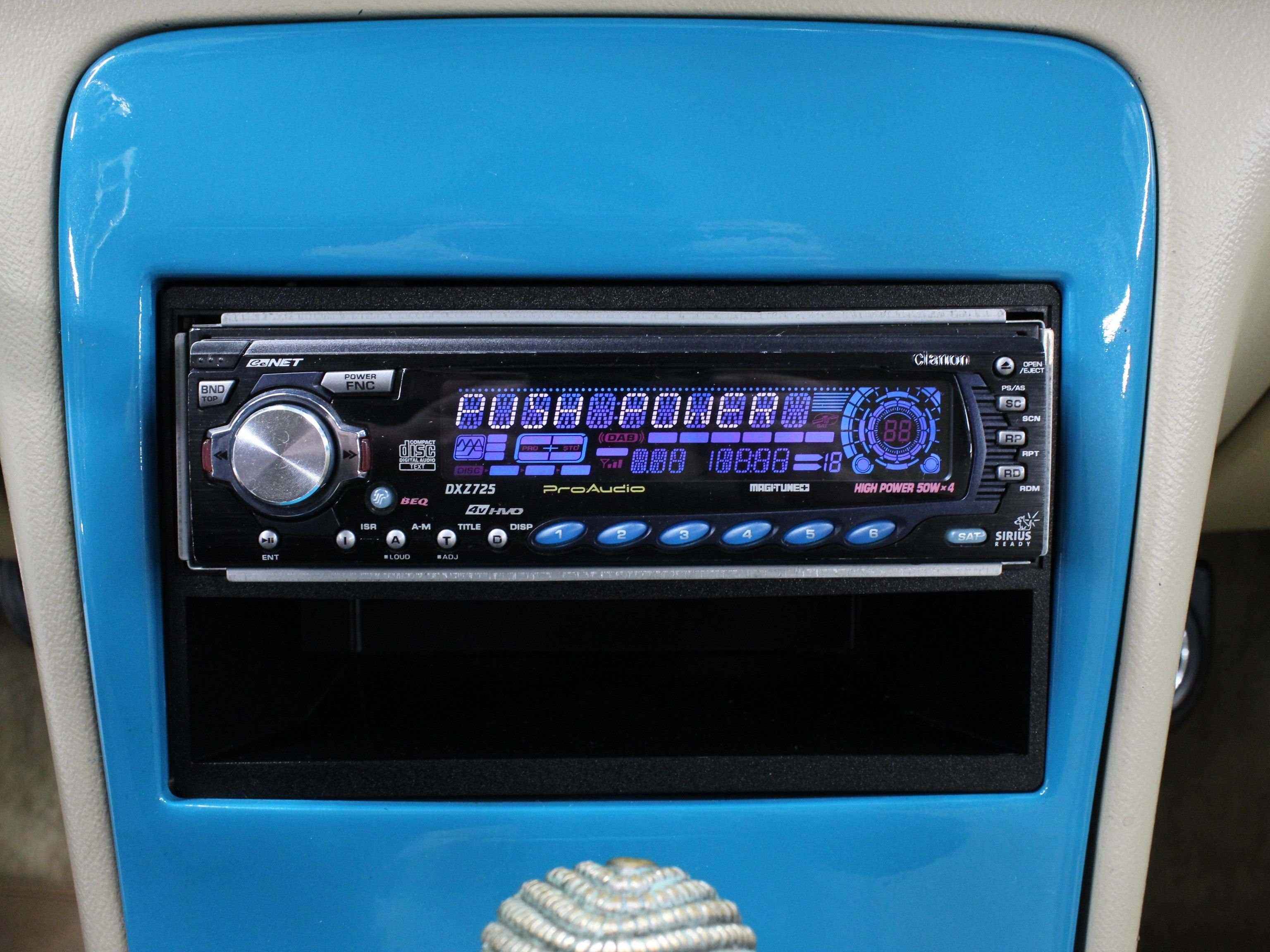 Is it really a mid-90s Honda if there isn’t a badly-installed aftermarket head unit hanging out of the dash?

It’s a car with quite a history, it seems, as it first surfaces online in 2009 in a post on daddytypes.com, where the car appears in photos with several large trophies the car has presumably won at shows. The site reports the car is a former SEMA build, though doesn’t mention any particular year that the car appeared. It’s also stated that the car has a V8 engine, in contrast to the more recent photos of the vehicle, so all claims presented should be taken with a grain of salt. The car was sold at auction in Branson, Missouri, though the sale page has long since disappeared. 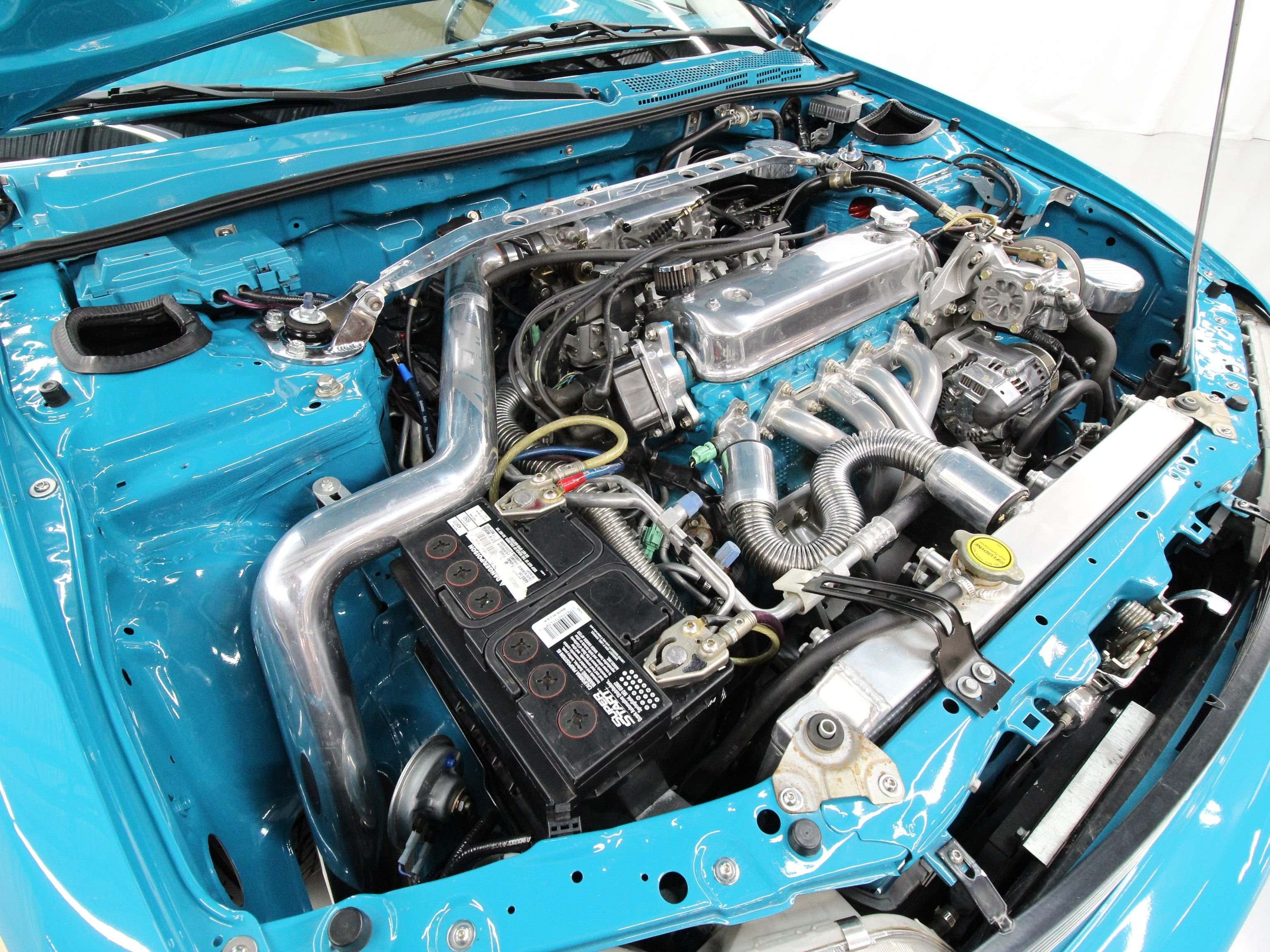 The car next appears in Mecum auctions, both in 2016 and 2017. The second time out, it sold for $5000 according to auction tracker Throddal, suggesting its current price may be more than a little inflated. The car is listed as having appeared “in magazines”, with no details as to any specific articles.

Overall, though, the Wicked Wagon appears to be in amazing shape for a former show car that’s been passed around so many times in the last few years. It’s clearly been well looked after as the paint shows little signs of having sat under trees or been aggressively power-washed, still displaying a rich shine. 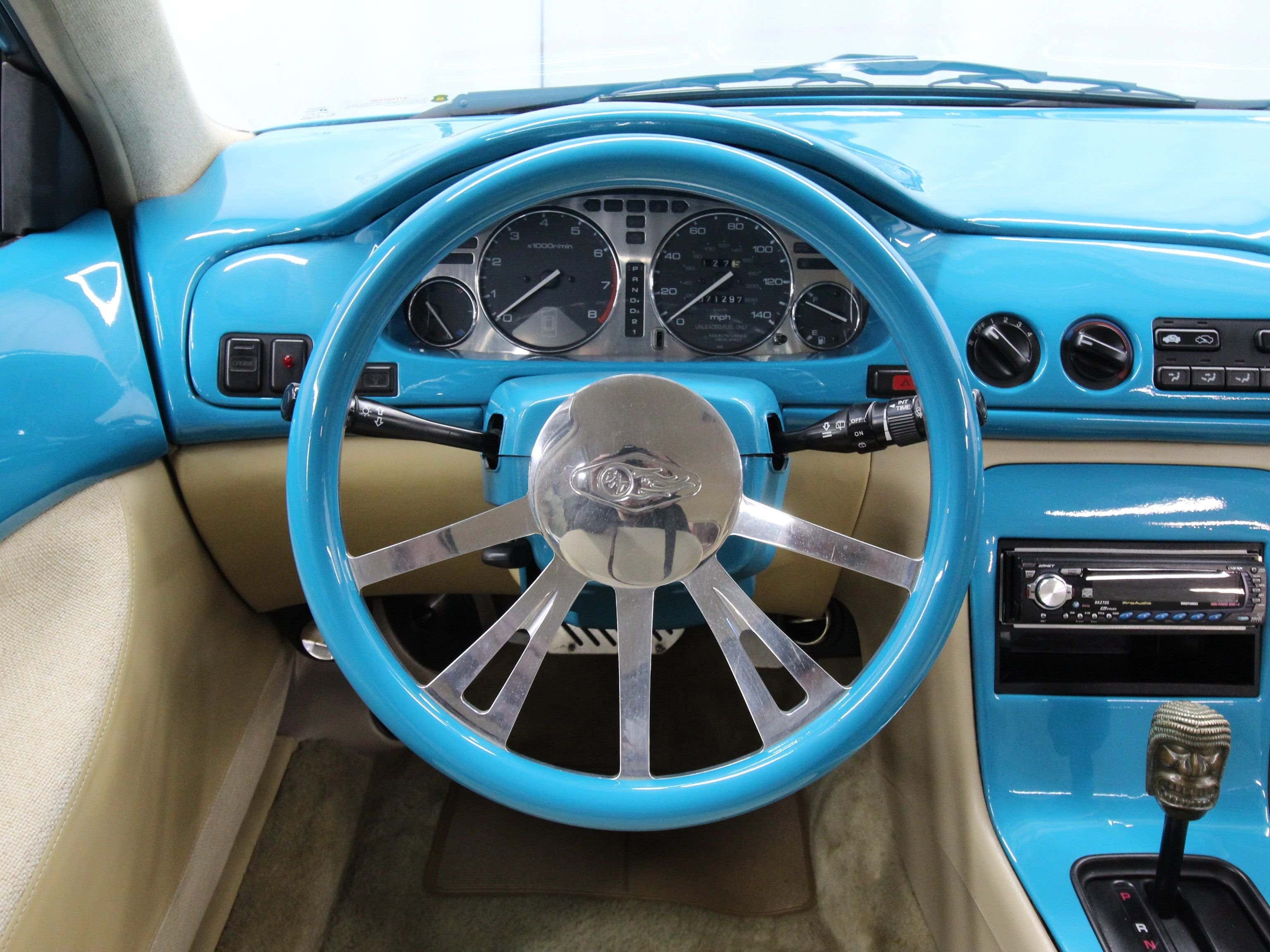 We’ve seen retro throwbacks done right, of course, but this just isn’t it. Realistically, the current listed price of the Wicked Wagon wouldn’t even justify an immaculate stock ’96 Accord sporting a top-of-the-line V6 and a manual gearbox. For a four-cylinder auto with a paint job and a bits-and-pieces interior, it’s quite honestly a ludicrous proposition. That probably explains why it’s been on sale for over a year now. If we’re honest, the only way a 1996 Accord is going to be worth $30,000 is if there’s a giant brick of cocaine hidden under the front seats. If there is, in this case, the dealership certainly didn’t include it in the photos. Oh well.