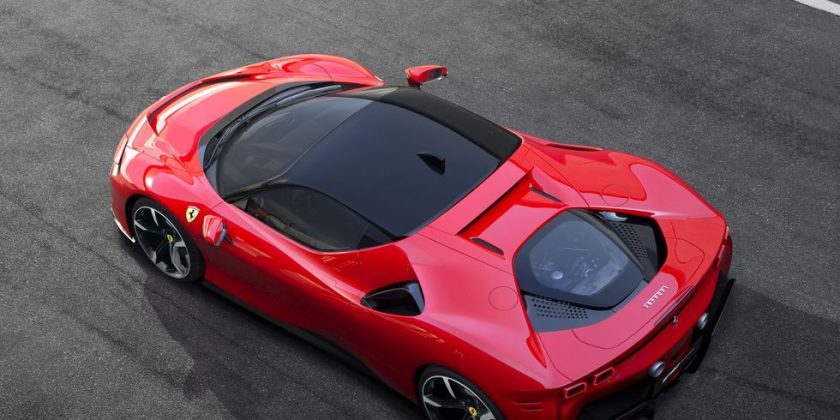 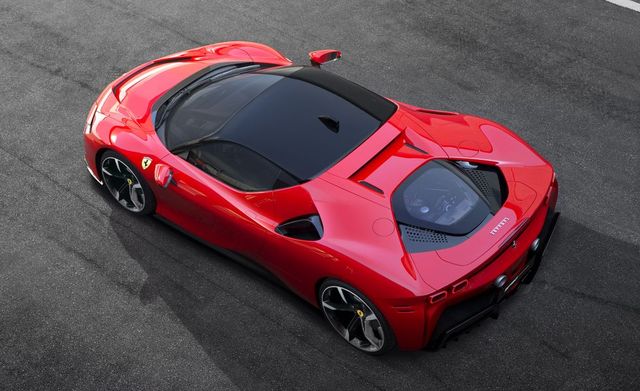 Ferrari may have electric cars, as the future may dictate, but it will never be an all-electric brand, it will always have internal combustion. At least that’s our interpretation of statements made by Ferrari ceo Louis Camilleri on a call with industry analysts yesterday.

Camilleri was asked by Morgan Stanley analyst and head of Global Auto & Shared Mobility Research Adam Jonas whether electric Ferraris might represent a cost-savings to the carmaker with no loss of performance. Adams advocated for such a switch from Ferrari in a note to investors last month.

Camilleri replied that cost savings of an electric powertrain wouldn’t be as significant as Jonas suggested, at least given current prices of batteries and electric motors, but that it might become more financially viable “over the longer term.” And making a Ferrari EV would require making it first a Ferrari. 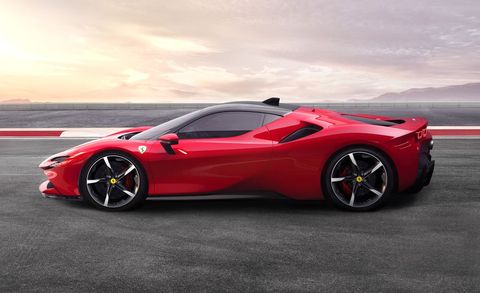 “To retain the Ferrari DNA, the EV will actually be significantly more complex than you are assuming,” Camilleri said. “And that’s clearly something that we’re working on. But just to have a standard EV and put the Cavallino on, it is not what we’re all about.”

Camilleri pointed out that electric components of the current SF90 Stradale plug-in hybrid are significant, and that costs of a fully-electric car would be even more prohibitive.

“Having said that, over the longer term and that’s what we’re talking about, you would hope that there would be cost savings,” Camilleri added. “I’m not sure they would be as extravagant as you imply (less than the cost of an internal combustion powertrain), but there should be cost savings longer-term as battery technologies improve as well.”

Which is not to say that Ferrari will necessarily go all-out for EVs.

“My own sense is that, to say 100-percent electric, that’s pushing things. I really don’t see Ferrari ever being at 100 percent EV, and certainly not in my lifetime will reach even 50 percent.”

Last December Camilleri said that a fully electric Ferrari model would happen “eventually” but “not before 2025.” Speculation then was that an all-electric Ferrari would ride on the company’s new GT platform that underpins the Roma. But the iconic carmaker will focus on hybrids before EVs. The plan at that time was to have 60-percent hybrids by 2022, a goal that would not necessarily be changed by Camileri’s most recent comments.

And when we say hybrids, we’re not talking a Toyota Prius C. A Ferrari hybrid can be pretty thrilling. The SF90 Stradale, a plug-in hybrid with a top speed of 211 mph, offers 986 hp. That oughta do it – 986 hp is plenty powerful. The Stradale was introduced in May of last year.

Before that, Ferrari had produced the La Ferrari, a hybrid, though not a plug-in hybrid like the Stradale. The La Ferrari made 949 hp – 789 hp from a 6.3-liter V12 and 161 hp from an electric motor. The SF90 makes 769 hp from its internal combustion V8 and 217 hp from three electric motors, one assisting the rear drive and two mounted in front spinning the front wheels.

One concern from a pure electric car would be sound – electric cars don’t really make any, at least not compared to the sonorous roar of a V8 or V12. But don’t you worry about that.

“That’s one element that we are working on, obviously, for competitive reasons,” Camilleri said. “I’m not going to give you the details, but that’s something that we are quite comfortable that we can achieve. And it’s really the depth of the sound and the gradation of the sound that’s key. But you’re right, sound is in terms of all the consumer research we have is one of the key elements. And clearly it is a big priority. We’ve done a lot of work on that and we feel comfortable that that is certainly one of the aspects that we can address.”

Camilleri didn’t elaborate, so an EV with a “depth of sound” is something we are left to imagine. But it looks like the future remains bright at Ferrari regardless of what will be powering the cars. And it ought to sound good, too.

Argue about it in the comments section below.