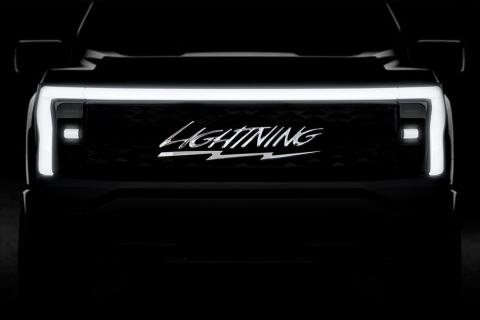 Ford’s upcoming pickup truck is said to come with an all-electric powertrain. It is said to be called the F-150 Lightning.

The “Lightning” nameplate was last used on the Ford SVT F-150 Lightning models from the early-1990s. The all-electric Ford F-150 pickup will revive the nameplate after a period of over 2 decades.

Coming to the electric Ford F-150 itself, reports suggest that the pickup truck will come powered by a dual electric motor setup, powering all four wheels. While the exact power figures are yet to be announced, Ford claims that the electric pickup truck will have the highest power and torque outputs and fastest acceleration of any F-150 on sale.

The upcoming F-150 Lightning electric pickup truck and its batteries will be produced at the Ford factory in Dearborn, Michigan (USA). The vehicle is expected to make its market debut in mid-2022.