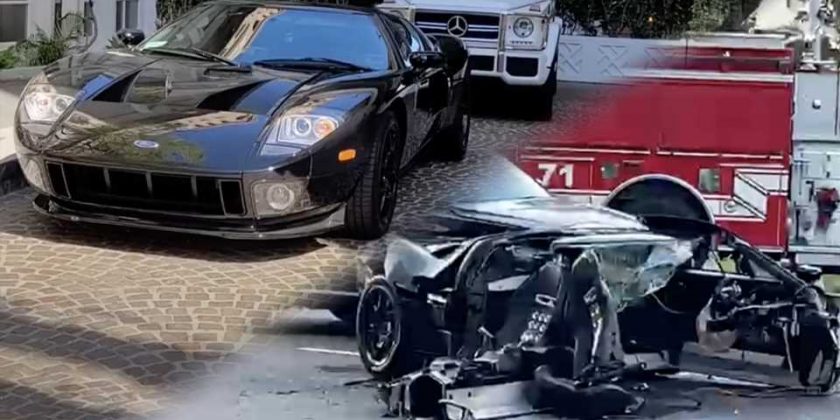 On Saturday afternoon, the driver of a Ford GT speeding through Beverly Hills lost control of his supercar, sending it spinning and ultimately crashing into multiple vehicles. Two cars were destroyed in the fiery collision—including the Ford which split in half—and unfortunately, two people were hospitalized.

A Los Angeles Fire Department spokesperson told The Drive that the wreck occurred around 4:28 p.m. at the 10300 block of Wilshire Boulevard, a major thoroughfare in the area that’s no stranger to high-end sports cars. At that time, multiple 911 calls came in indicating a multi-vehicle collision, and according to a statement issued to Road and Track, one person was ejected from their car. Videos of the scene uploaded to Citizen show wreckage scattered around the street and at least four vehicles damaged, two of them almost beyond recognition—one an Alfa Romeo Giulia Quadrfoglio and the other a 2005 or 2006 Ford GT. 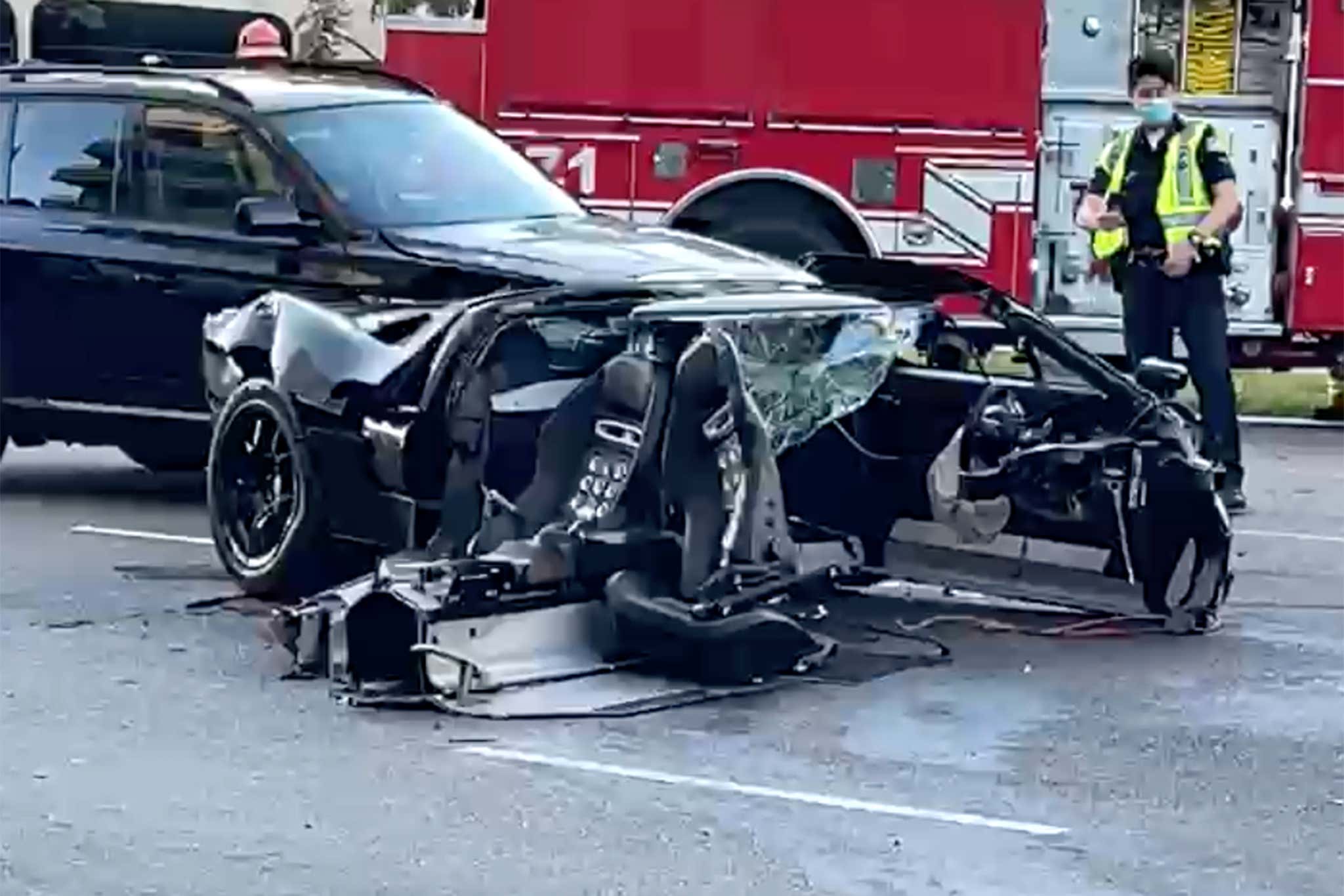 As shown on Google Maps, the crash site fell at the heavily populated edge of a residential/commercial area, making it a particularly poor place to drive at high speed—or, as some witnesses claim, street race. One account posted to Facebook recalls sounds of heavy acceleration immediately preceding the crash, while commenters on an Instagram photo of the Ford taken Saturday morning reported seeing it “racing” a white Porsche GT car—possibly the 997.1 GT3 seen in the Citizen videos linked above.

“Witnesses that I spoke to stated that the two cars were racing and blew past them nearly causing other accidents down Wilshire,” said @digimaxprod.

“They were doing this for about a mile down Wilshire,” added @thejeffers9. “I saw this accident first hand [sic] directly in front of me. Heard the downshift and acceleration and then loss of control. Poor car control and overpowered and inexperienced driver.”

Their theory seems to be partially supported by a YouTube video of the Ford captured Saturday morning, which shows the car wearing temporary paper tags, indicating it was a recent purchase.

Another commenter on the aforementioned Instagram post, however, offers a contradictory account. Claiming to be a member of their family, they allege the Ford driver experienced sudden bleeding in their brain, presumably blacking out with the throttle open.

“This is my brother. Please pray for him,” commented @kellijcalhoun. “He had an AVM burst his brain causing this wreck. He didn’t lose control, wasn’t driving like an idiot, just a freak brain injury while driving. He had emergency brain surgery last night and is in serious condition in the hospital.” 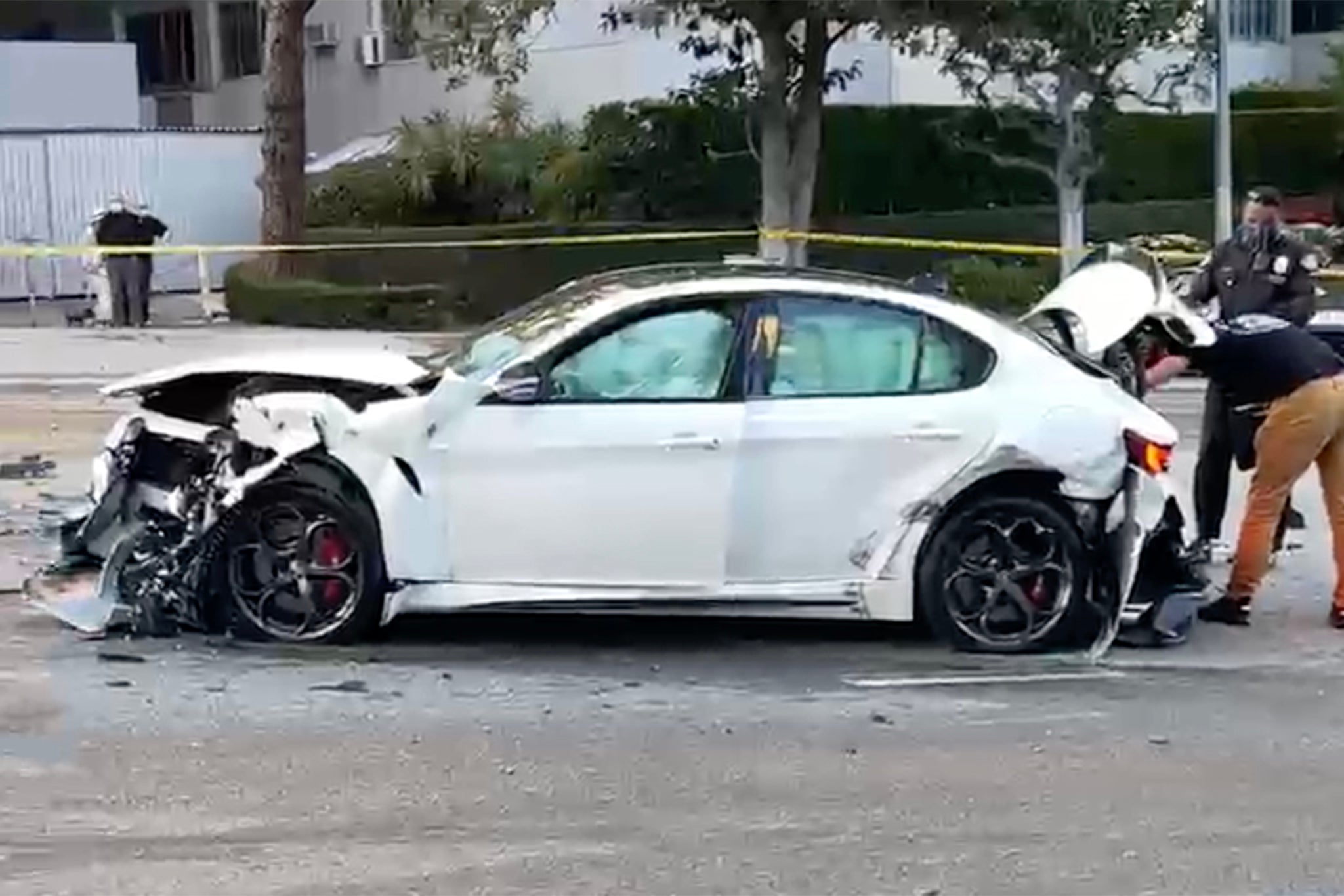 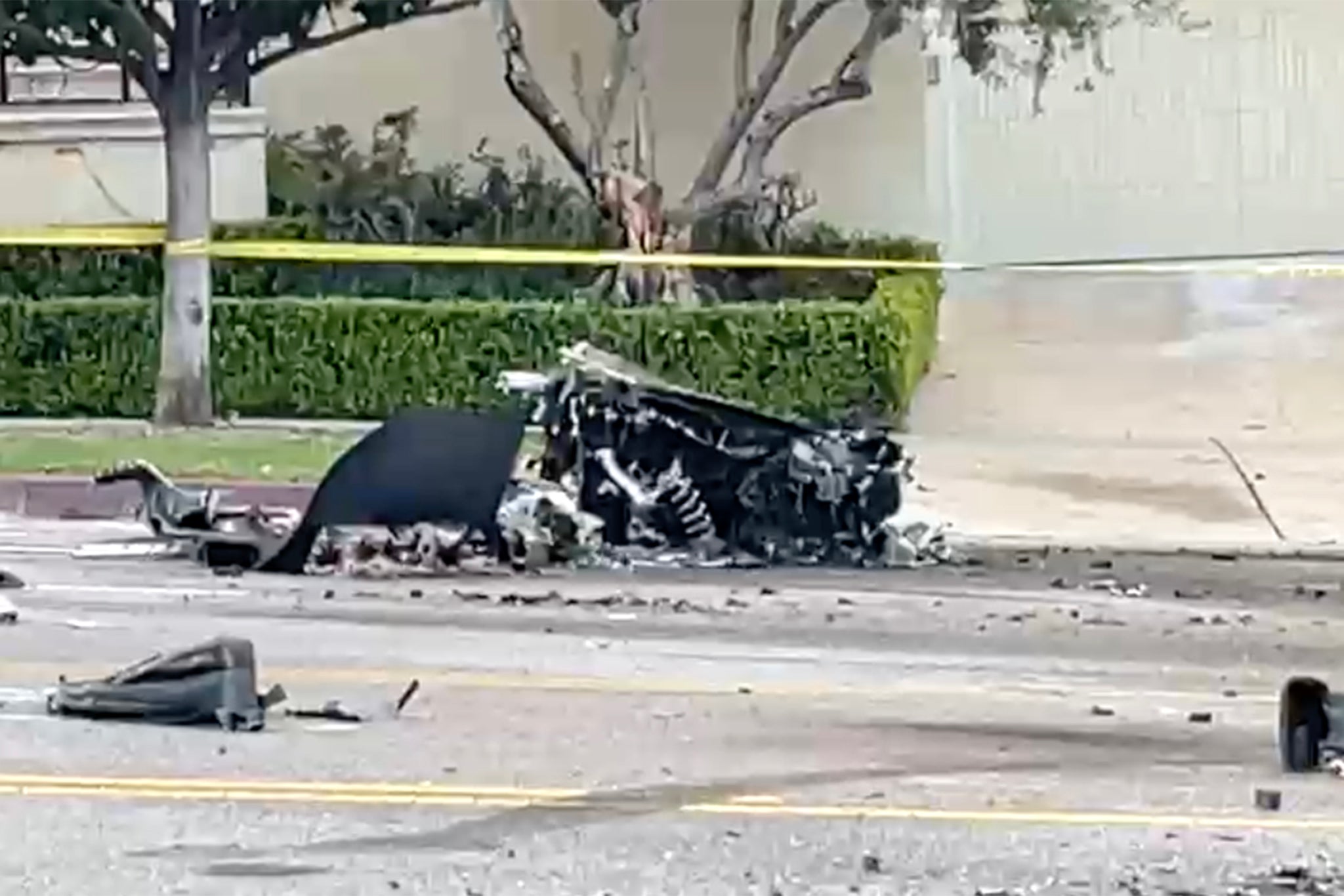 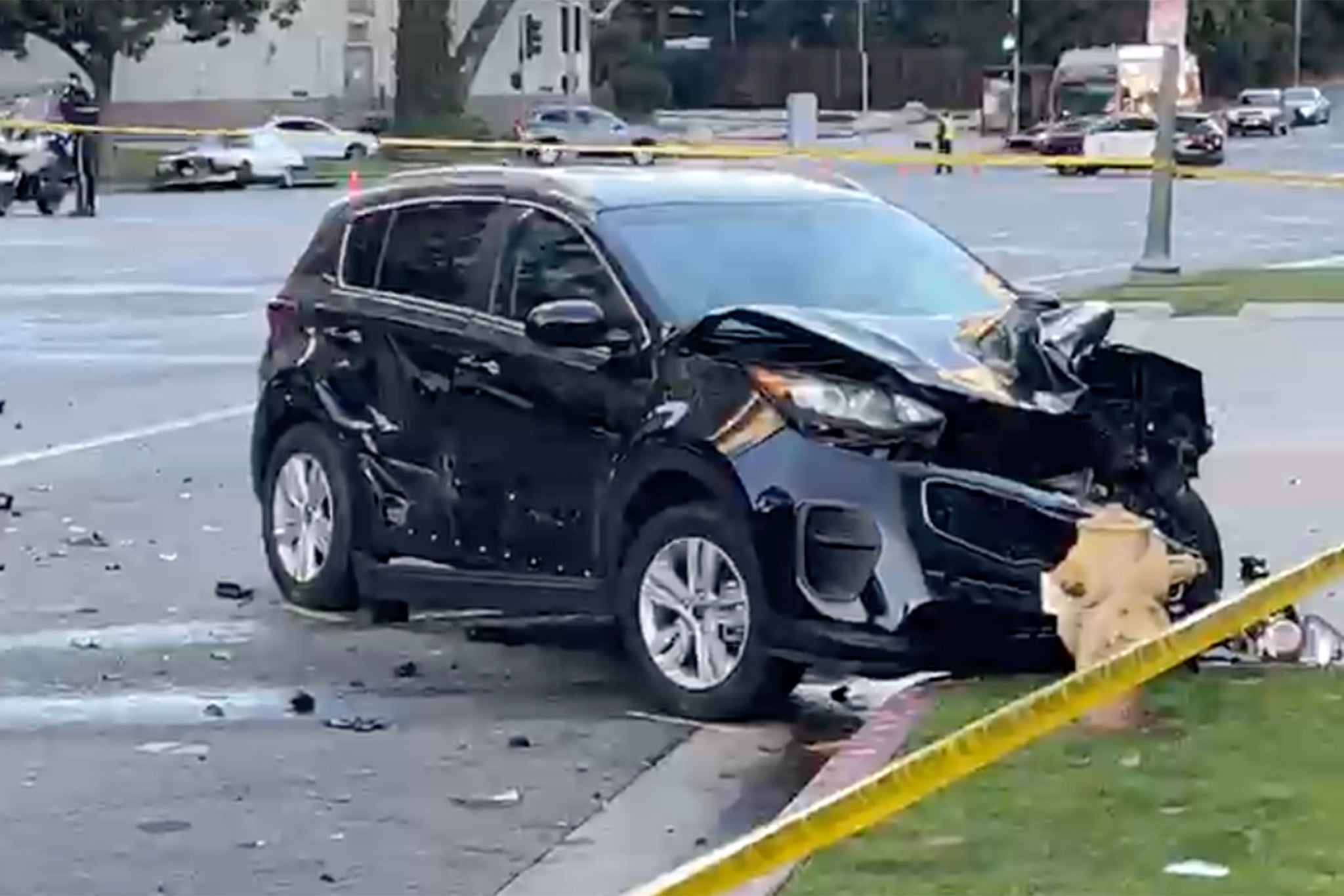 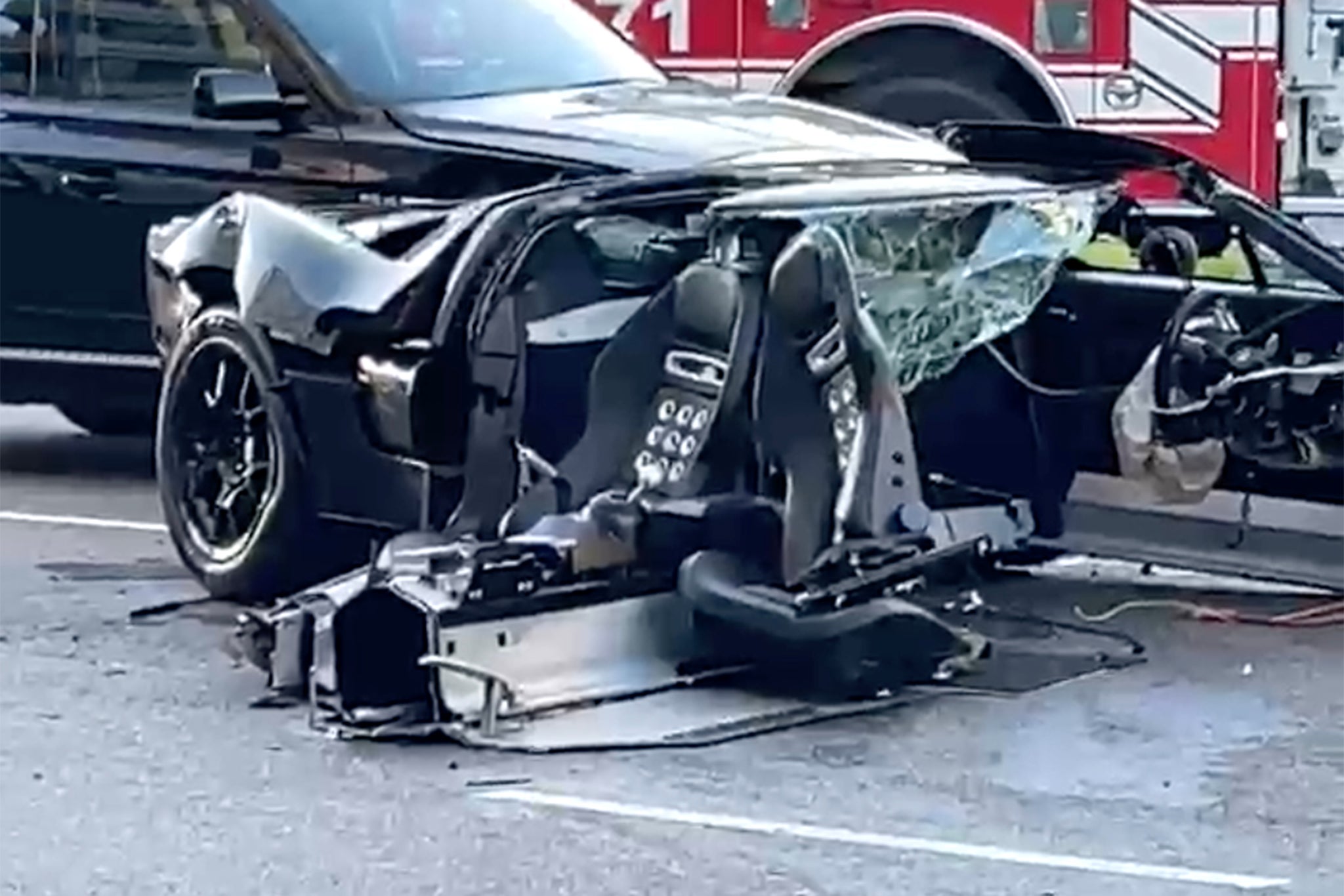 The Drive reached out to this individual to verify their connection to the Ford’s driver, other Instagram commenters claiming to know of footage of the crash itself, and the Los Angeles Police Department. We will update as we receive further information from all parties.