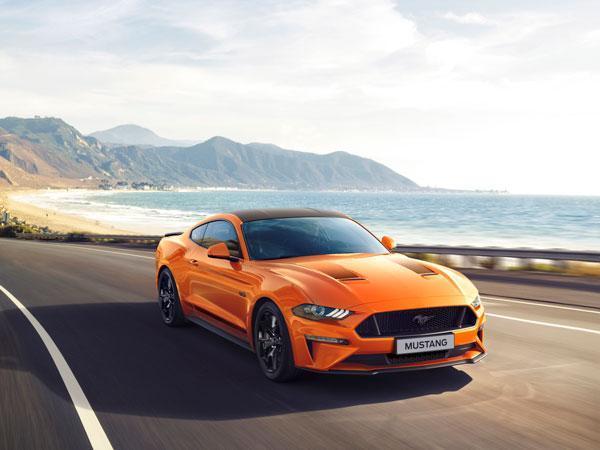 For anyone who’s been to the States recently, it’ll come as no surprise that the Ford Mustang is the world best-selling sports car. They’re everywhere. But the model’s also proved eminently popular in Europe, with the limited-run Bullitt confirming the UK’s appetites for the good ol’ American pony car. And now, on the model’s 55th anniversary, Ford’s added a new variant to the line-up called the 55.

The new for 2019 model is available exclusively with the 450hp 5.0-litre V8 coupe and convertible models, gaining dissolve-effect stripes on the bonnet and sides and a heck of a lot of black bits. There’s a black painted roof (it’s black cloth for the drop-top) and gloss black 19-inch alloys, as well as grilles, a spoiler and even the pony badge finished in the same shade. Those 5.0 badges are black, too, but the dot’s red. 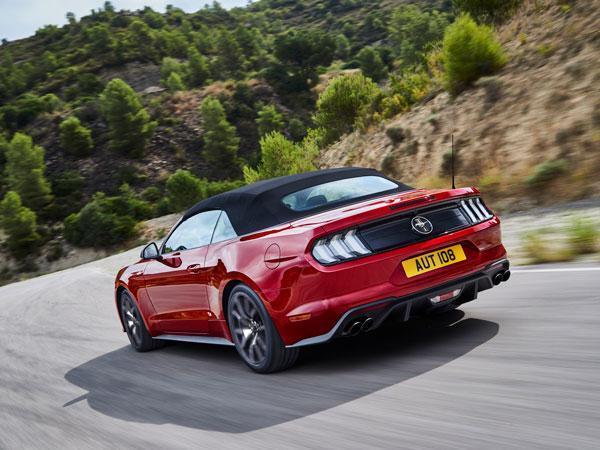 Inside the Mustang55 (no, that’s not a typo, it’s without a space), there’s a unique gear shift knob for the six-speed manual or, if you prefer two pedals, an alloy metal lever for the auto. Beside them are heated and cooled front seats and the 12-speaker B&O sound system as standard, but largely it’s all as before: a perfectly adequate place in which to pilot a thumping eight-cylinder pony from across The Pond. How much will this set you back? Prices will be announced next month.

The birthday celebrations aren’t just exclusive to the V8, because the 2.3-litre car now also gets a raft of updates said to be inspired by Shelby. The additions include those dissolve-effect bonnet stripes, while grey door mirrors and a grey grille are set off by 19-inch machine-polished wheels. But there are changes underneath because Ford’s also given the four-pot Mustang the previously V8-only active exhaust with Good Neighbour Mode, which, if you don’t know what it does, you can probably guess. So it’s a lairier-looking 2.3 with more restrained pipes. Go figure. 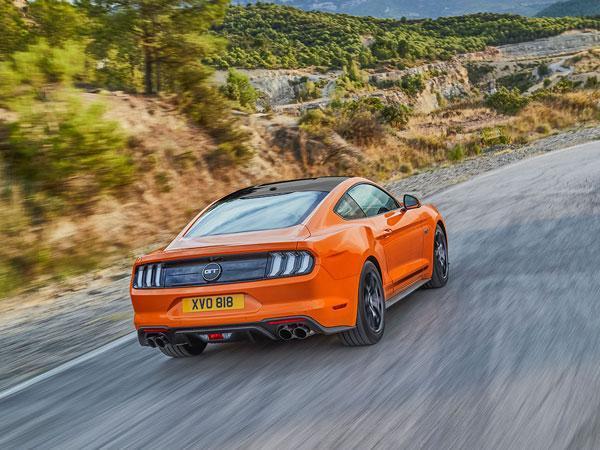 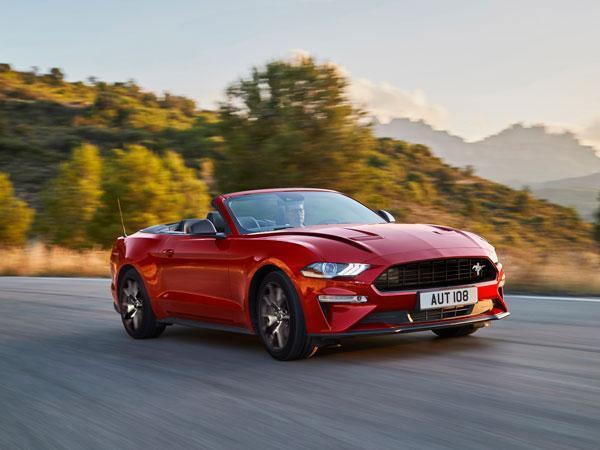