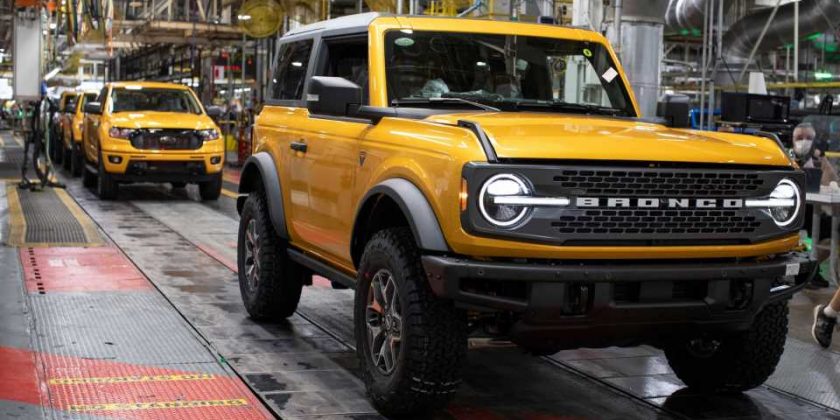 The return of the Bronco has been a mixed bag for Ford. On the one hand, reservations and orders have been sky high, with the capable off-roader receiving excellent reviews. On the other, chip shortages and hardtop manufacturing issues have delayed production time and again and kept customers waiting. It’s exactly the kind of headache you don’t want in the launch year for a new vehicle, but now, there’s light at the end of the tunnel. Ford is all set to start shipping new hardtops for the Bronco from next week, according to the Detroit Free Press.

The issues with the Bronco molded-in-color hardtop involve cosmetic problems that show up when exposed to “extreme water and humidity” according to Ford. Posts on forums around the web have seen users sharing images of strange hexagonal patterns appearing on their hardtops amongst other issues. Once the problem came to light, the automaker made the bold decision that it would replace every last one for not meeting Ford’s high quality standards. The situation led to thousands of Broncos sitting on Ford lots while the company waited for new roofs to become available from hardtop supplier Webasto. 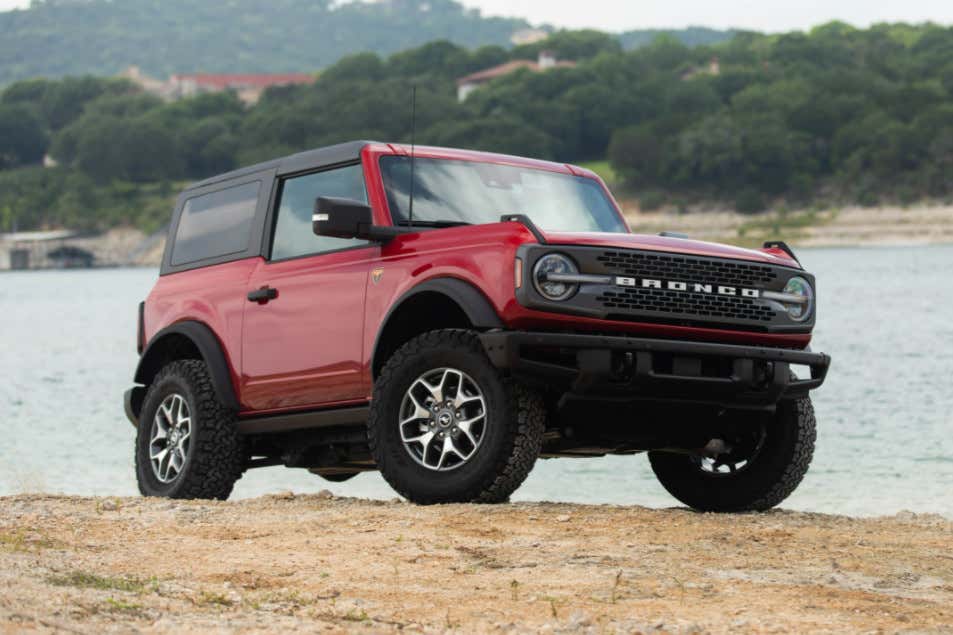 A Ford Bronco two-door wearing the “molded-in-color” hardtop which is actually really grey. Confusing, no?

Speaking on the issue, Ford Bronco marketing manager Mark Grueber stated that the replacement process is now well underway. “Shortly, we’ll be starting to send the new roofs out to dealers for those vehicles that have already been delivered,” said Grueber, noting “We expect to be shipping the roofs and the Broncos with the new roofs within the week.” For the vehicles sitting on Ford lots, the only other factor delaying release is the time needed to run pre-shipment quality checks, with Grueber saying “We’ll do a water test on the new roof as well. We’ll make sure they’re ready for sale.” 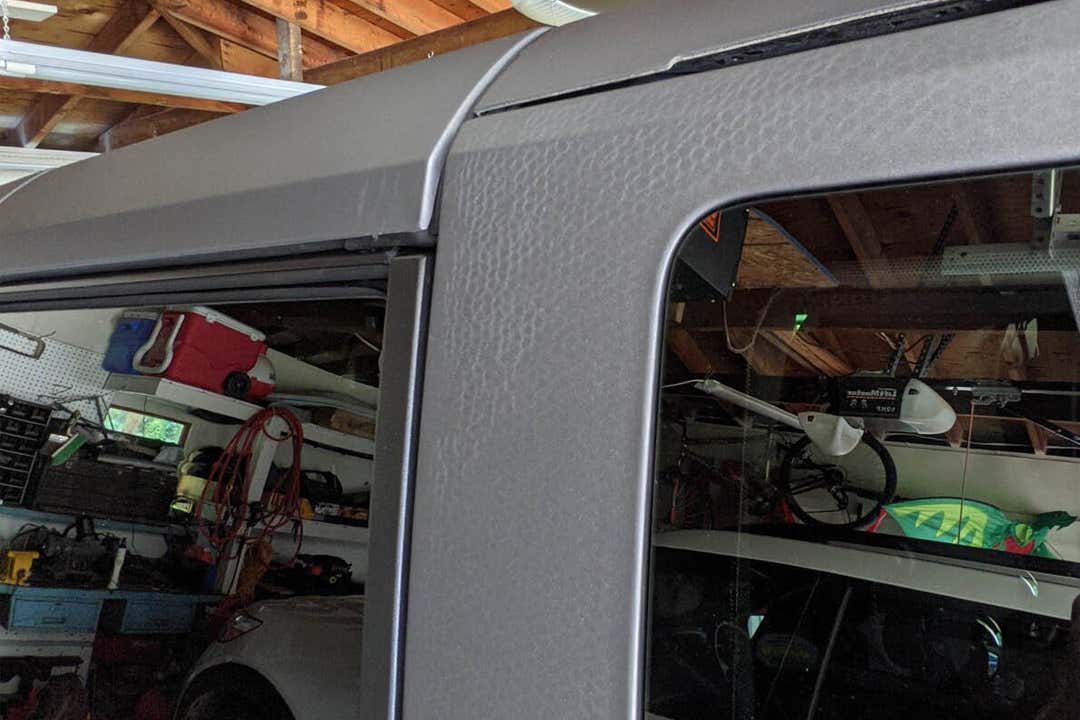 Forum users have shared photos of their issues with Bronco hardtops. Note the snakeskin-like pattern on the material.

It will be welcome news to the Bronco faithful, particularly those that haven’t yet taken delivery as their order awaited the new parts. It bears noting that the issue doesn’t affect all Broncos equally, either. Two-door Broncos are only available in hardtop form, whereas the four-door model is also available as a soft top model. In fact, Ford recently announced that four-door Wildtrak models in 2022 will ship with a soft-top as standard in an attempt to ease supply constraints on the hard tops. They’ll come with a fitting kit so owners can purchase a hardtop when they’re available as an accessory from Ford down the track. 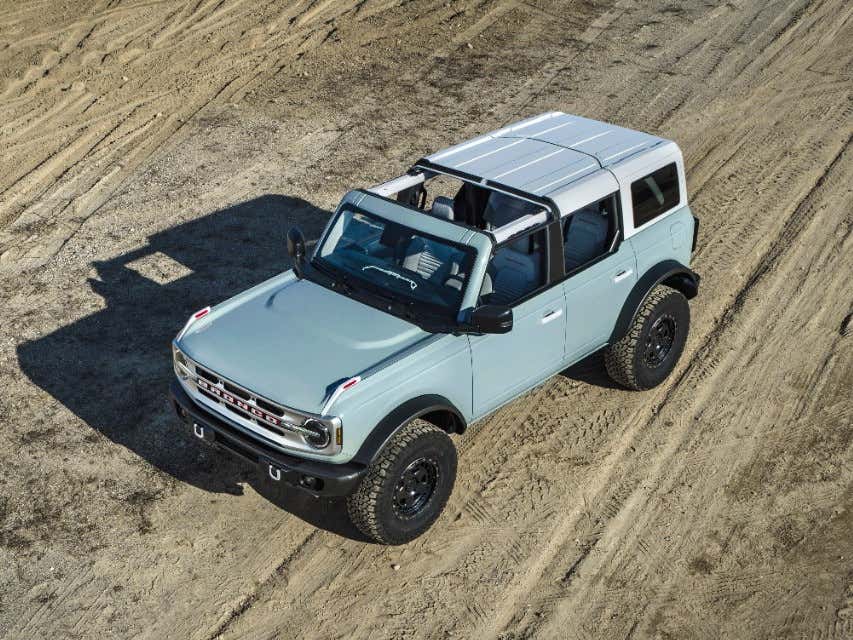 The painted hardtop option looks sharp in early press photos, but has been delayed by hardtop production issues.

What is also sometimes forgotten in the broader story is that the Bronco was also set to receive a painted hardtop, too. These, however, have been delayed until at least the 2022 model year. We’ve reached out to Ford for comment and will report back any further details regarding this option.

If you’re super keen on getting a Bronco but haven’t gotten your order in yet with all the delays, fear not. We’ve got the lowdown on how to spec your Bronco in order to get it through the factory as quickly as possible. In the meantime, if you’re waiting on your hardtop Bronco or a replacement for your roof, you can rest easy. All will be sorted in short order, it seems.