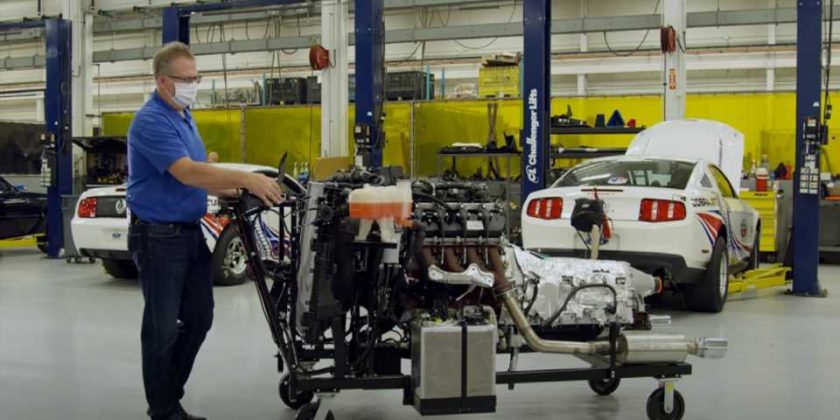 When I was a kid, I used to wake up every Saturday morning and watch cartoons: Justice League, the Smurfs, the Jetsons, the Flintstones, and Godzilla. Unlike the original monster of Japanese film fame, the cartoon Godzilla was a hero in his own right, and he even had a sidekick named Godzooky, who got on his nerves. With more than double the displacement of the Raptor’s 3.5-liter EcoBoost V6, Ford’s version of Godzilla is a formidable beast of its own right.

It was only June when Ford’s 7.3-liter Godzilla V8 became available as a crate engine, but it may soon be a sidekick itself to the just-teased Mega-Zilla project that’s yet to be released. The standard 7.3-liter first made its appearance in the 2020 Ford Super Duty lineup, and it makes 430 horsepower and 475 pound-feet of torque in stock form. But once it was made available as a standalone option, racers and custom tuners had a field day figuring out how far they could push it.

The 7.3-liter is based on what Ford’s Mike Goodwin calls the “old-school” pushrod design versus modern overhead cam engines. Because the camshaft is integrated into the block, the lump can be smaller and lighter, which is an advantage for racers—especially of the drag race variety. Ford’s pushrod unit uses a cast-iron block with aluminum cylinder heads and a composite manifold, though it’s yet to be seen how the Mega-Zilla might differ. Presumably, it’ll be lighter and, of course, more powerful; the formula just hasn’t been released to this point.

As these mills are placed under the hood of hot rods, there’s sure to be a sizable aftermarket. There’s a control pack that allows you to put the Godzilla crate engine into virtually any vehicle, like an old F100 pickup, a vintage Bronco, or maybe even a shopping cart that would scare bystanders at Target. It’s hard to imagine that the Mega-Zilla will be any different seeing as folks love the original for its super versatile design.

YouTuber Revan Evan and former boss at Ford Performance Brian Wolfe discovered in the process of modifying a 7.3-liter that they could squeeze it into a Fox-body Mustang and push the horsepower to 780-plus without boost. In fact, Godzilla is narrower in the hips than the Coyote by a full 4.5 inches. 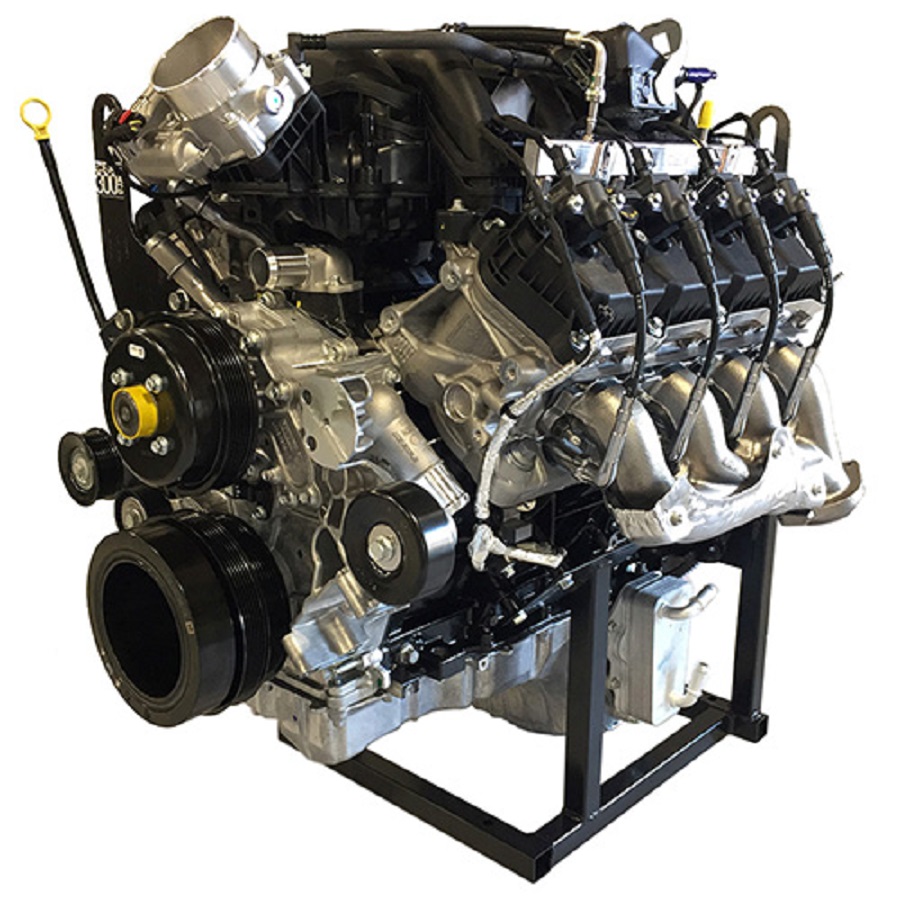 Want more power and grunt? You could even fit a Whipple-developed 3.0-liter supercharger atop the big-block engine, boosting Godzilla to 700 horsepower and torque to 750 pound-feet. If we’re lucky, Ford may just offer the Mega-Zilla with a blower option from the factory. The opportunities for custom tweaks are seemingly endless, and the race is on to see how far custom tuners can push it to the edge until the next monster is available.