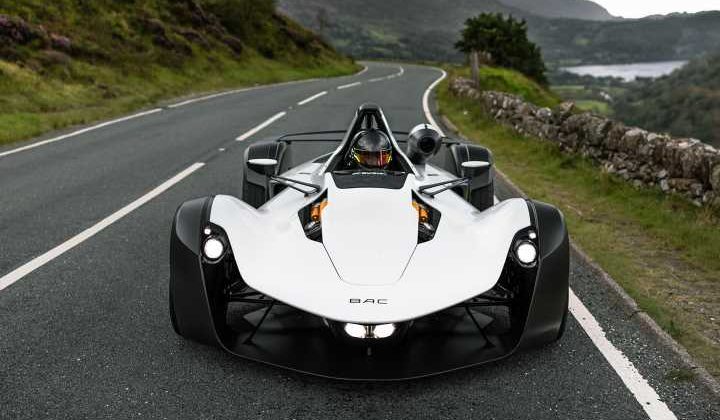 Mike Flewitt joins BAC board as company looks to expand

That ‘new year, new me’ energy must see thousands of job applications made every January. And barely two weeks into 2023 (although with lots surely having happened before now behind the scenes) there’s a big automotive appointment to discuss: Mike Flewitt is now Chairman of the Board at BAC.

Flewitt is best known, of course, for his time at McLaren Automotive; he joined as Chief Operating Officer in June 2012 and was CEO from July 2013 until his departure at the end of 2021. A hugely significant period for the brand, it saw the launch of the Sports Series, the introduction of the Longtail model line and the first wholesale replacement of a model in the 720S. Things didn’t look quite so rosy at the end of his tenure, sure, but as BAC lines up an ‘ambitious growth strategy and new model programme’ Flewitt will be able to draw on a wealth of relevant expertise in the role. BAC points in its press material to ‘the rapid growth’ of McLaren under him, ‘establishing it as one of the world’s leading supercar brands’; don’t expect BAC to be making thousands of cars anytime soon, though you’d imagine he’s perfectly placed to move them onwards and upwards.

BAC says its 2023 plans include new Monos, new market launches and new technologies, so there ought to be plenty going on; right now is described as a ‘seminal period in the technology-driven company’s growth’. Flewitt’s track record in getting concepts into production is said to be ‘pivotal’ to the success of this new period.

Flewitt said of his new job: “I have long admired what Neill and Ian Briggs have achieved with BAC, and their unflinching determination to engineer one of the finest driving machines on the planet. The single-seater Mono and Mono R supercars are extraordinary accomplishments that could have only been created by continuously pushing the boundaries of automotive technology.

“With BAC’s recent successful expansion across Europe, North America and Asia, the brand is rapidly expanding as a bona fide global player. Having been privileged to see BAC’s future growth plans and details of the new model line-up, I am honoured and excited in equal measure to accept Neill and Ian’s offer to join as Chairman and become part of the BAC story. And given that I started my automotive career on a production line down the road in Halewood, it feels very good to be coming home to Liverpool.”  The local lad has made a name for himself away from the region, so it seems appropriate that this latest challenge returns him to Merseyside.

Neill Briggs, BAC co-founder and Director of Product Development, added: “Mike brings the core strategic and operational competencies that are required, working with the board to deliver next-level financial successes and further international award-winning recognition. Equally important to everyone at BAC and our customers is the fact that Mike is a life-long car enthusiast and a passionate driver who understands the vast difference between ‘transportation’ and the sport of driving – and that is precisely what BAC stands for.” A match made in heaven then. The true test, of course, will be in the firm’s success over the coming years – especially as the British sports car industry enters an unprecedented period of change as 2030 looms large on the horizon.

Vote for the best sports car of the last 25 years!