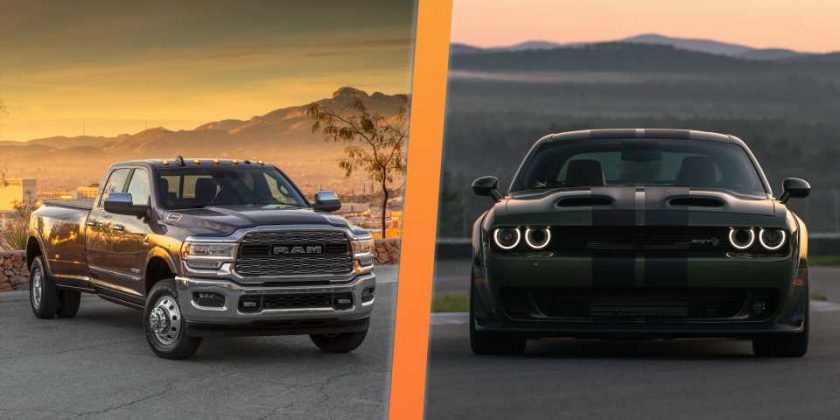 In October of 2014, the post-recession ghost of Chrysler merged with Fiat S.p.A. to form what was then the eighth-largest carmaker in the world. Though diminutive, the newly christened Fiat Chrysler Automobiles (FCA) lashed itself to Jeep and Ram to ride the rising tide of trucks and SUVs, and close up to its Detroit rivals Ford and General Motors. This set the 2021 stage for FCA to merge with European conglomerate Groupe PSA and form Stellantis, making it now the world’s fourth-largest carmaker.

Though it existed for a brief six years and change, FCA had plenty of time to leave lasting impressions both good and bad. Let’s take a look at both, starting with the reasons we’d rather remember it: the vehicles that put smiles on people’s faces. 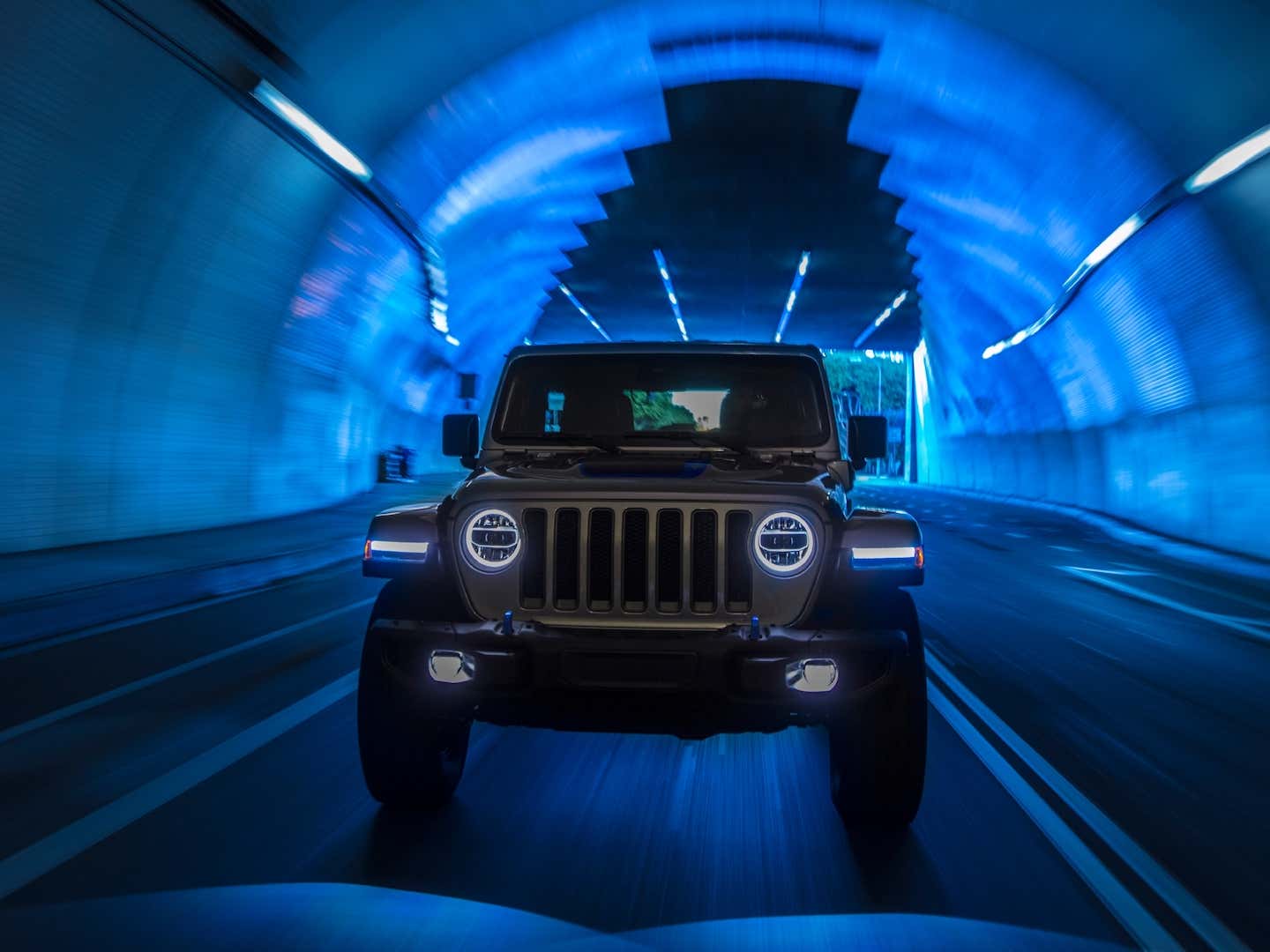 Hellcats and Pickups and Jeeps, Oh My!

By and large, FCA’s flagships improved by leaps and bounds in the ways that matter most to their buyers. While Jeep’s Wrangler going hybrid is without a doubt significant, it’s not nearly as exciting to customers as the availability of diesel power for the first time in American market history, and the return of the V8 option after 40 years. Better still, these choices seem like no-brainer carryovers to the pickup the Wrangler spawned, the Gladiator, which despite its success still wasn’t the high-water mark for FCA-era trucks.

No, that honor belongs to the growing range of Rams, which are bigger, snarlier, more luxurious, and more capable than ever before. And of course, more powerful, with the 702-horsepower TRX grabbing headlines not only for its power output, but its ability to endure Hollywood-worthy jumps. Such airtime wouldn’t be possible without the TRX’s supercharged, 6.2-liter V8, whose name is one of the most evocative in the auto industry today: Hellcat. 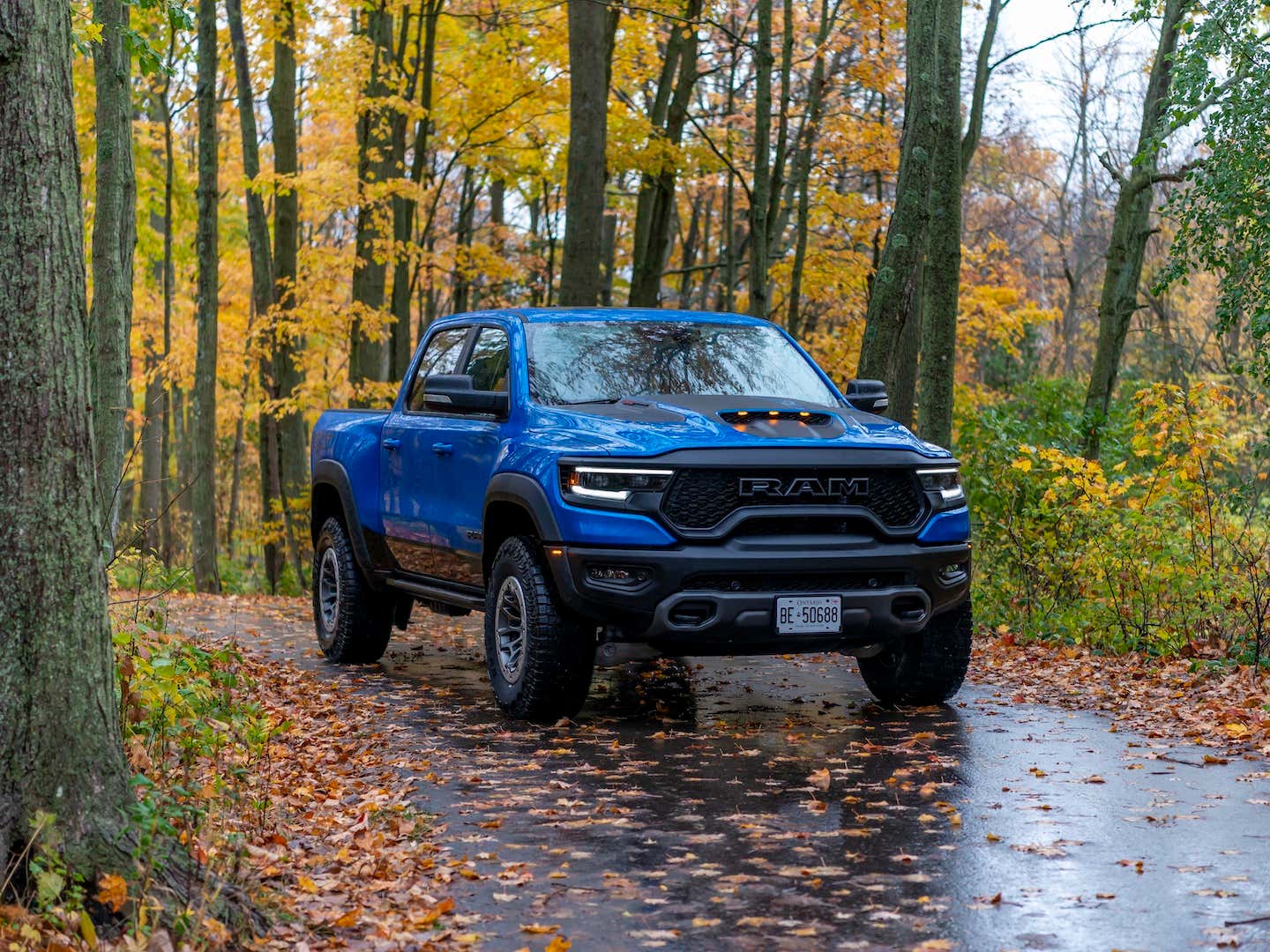 This 700-plus-horsepower motor powers an ever-growing range of outrageously fast vehicles, from full-size family haulers like the Jeep Grand Cherokee Trackhawk and Dodge Durango SRT Hellcat, to Dodge’s muscle car standbys the Charger and Challenger—some of which have eclipsed 800 horsepower. And yet, despite its focus on churning out awe-inspiring toys for grownups like these, FCA proved it hadn’t forgotten how to be sensible; its Chrysler Pacifica sets the minivan gold standard to this day. 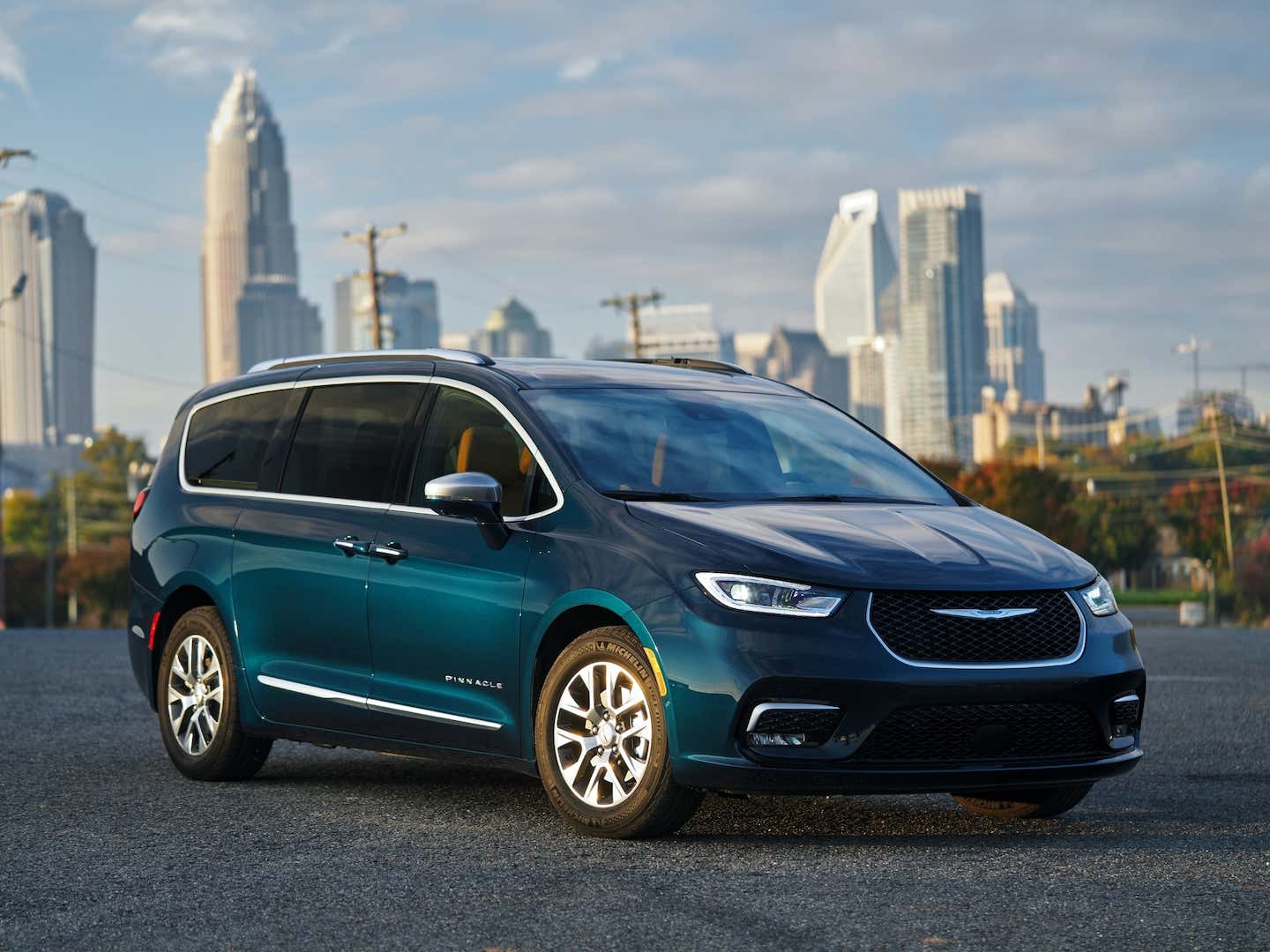 Sadly, however, the Pacifica is also the last shining star in the Chrysler lineup. Since the end of the 200, the Pacifica’s only company has been the aging 300C, the former sensation of a sedan that, while related to the still strong-selling Charger, hasn’t received a fraction as much care as of late. Of course, there’s only so much reason to invest in the 300C’s aging architecture, whose lineage can be traced as far back as the Daimler-Chrysler days.

Chrysler isn’t the only (former) FCA brand in dire straits, either. The storied Lancia has been reduced to selling a single rebadged Fiat in its home market of Italy, Maserati is trying yet again to reinvent itself with the MC20 supercar, and while Alfa Romeo has recaptured some of its former glory, it has also earned some of the poorest reliability ratings in the industry.

Even FCA’s runaway successes came at a cost. The aforementioned Wrangler is still alleged to be dangerously wobbly, and though profitable, trucks inflated FCA’s fleet emissions averages to the point that it needed to buy in emissions credits from Tesla, padding the finances of possibly the most over-valued company since Theranos. And if that weren’t enough, the Viper is gone too. 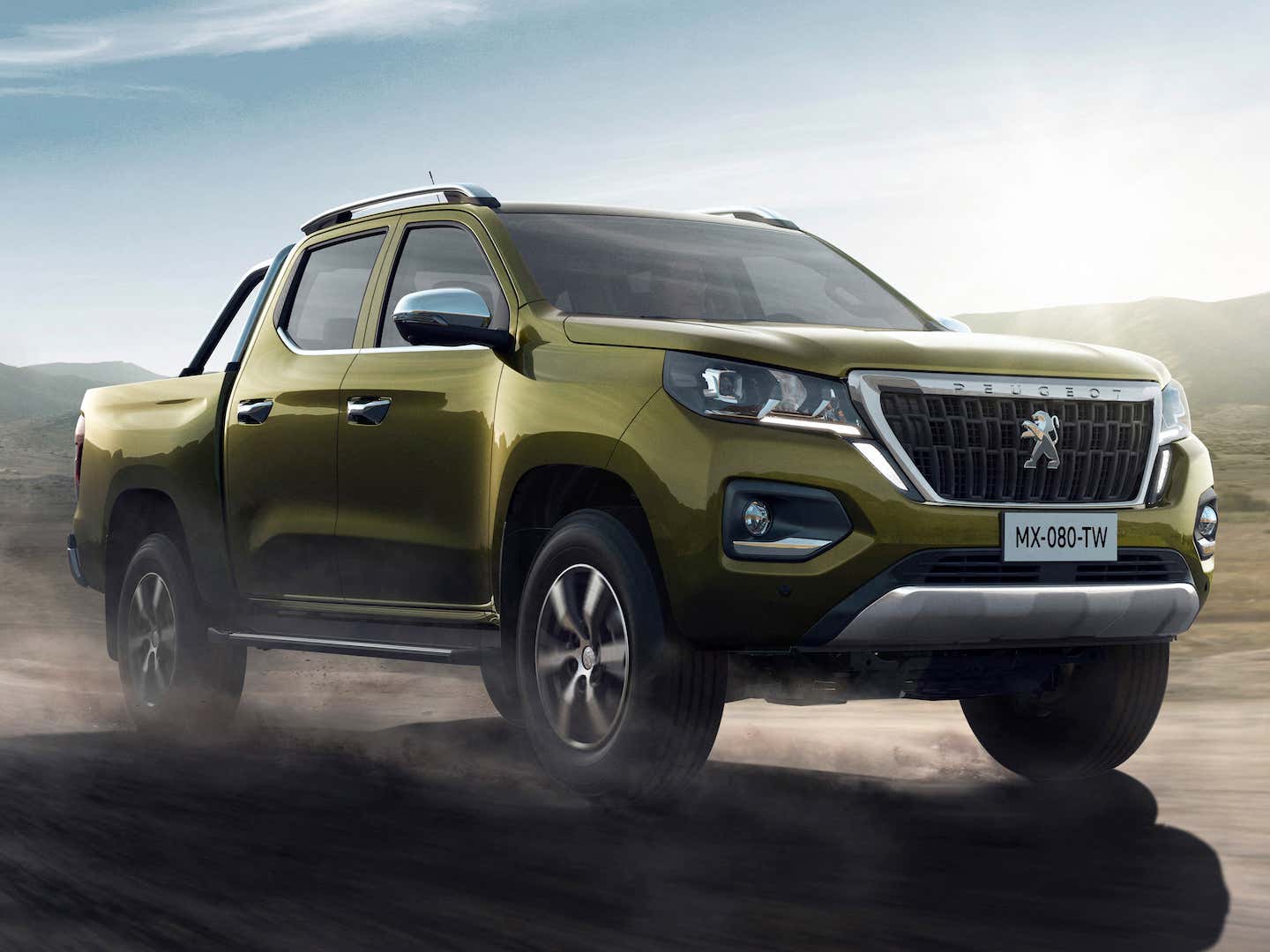 Repercussions of FCA’s many hard decisions (and its occasional missteps) will be felt for at least the first few years of its time as Stellantis. These pains, though, will eventually be soothed by brand renaissances and a trickle of new models, such as an anticipated redesign of the Charger and Challenger and former PSA products immigrating from Europe. Though none will arrive as Peugeots as initially planned, there are plenty of cars to excite us for what’s to come—join our discussion of them here. 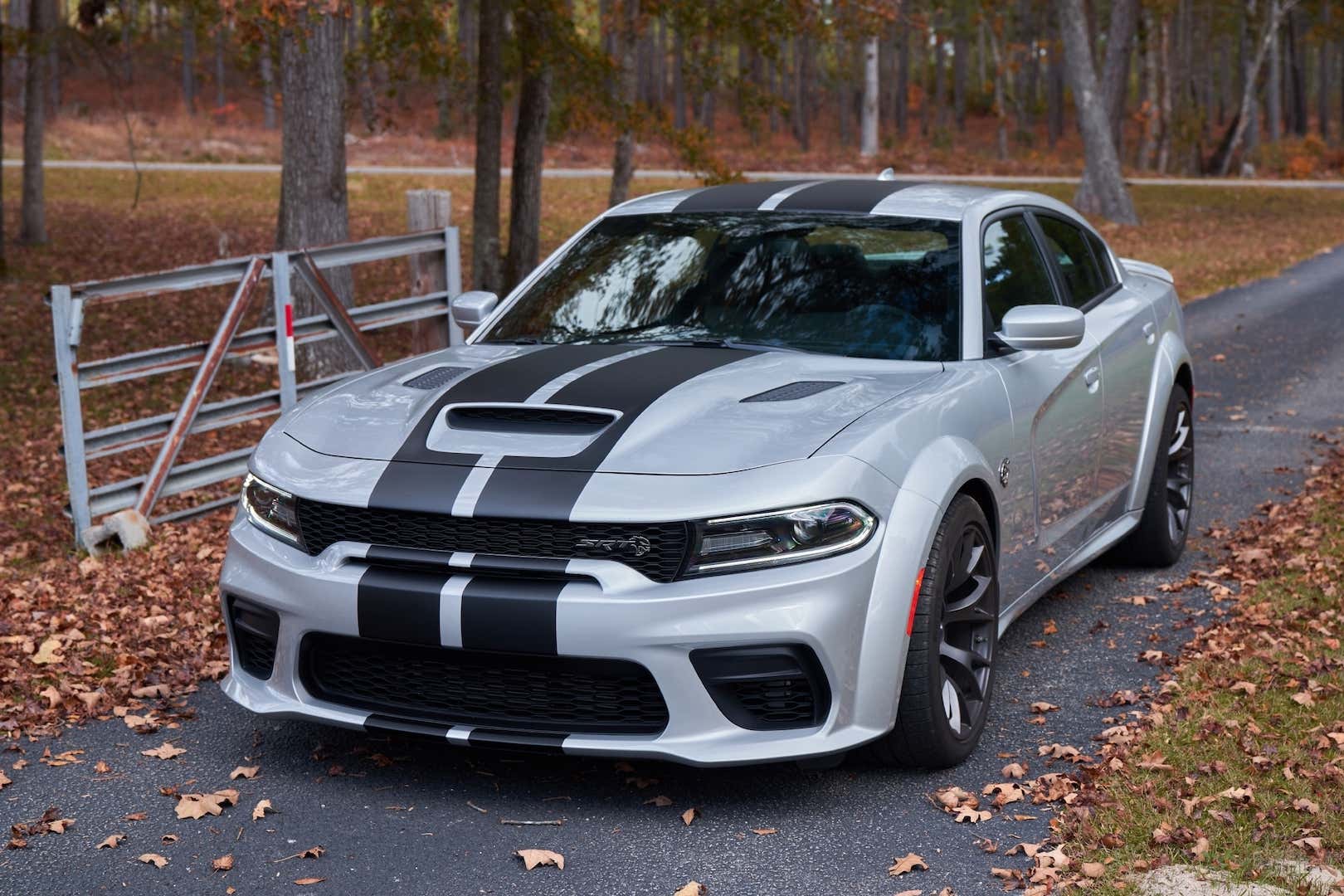