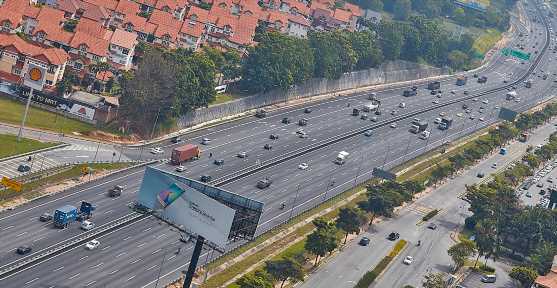 The government has not made a decision on the extension of highway operator PLUS’s toll concession period until 2058, said deputy works minister Datuk Eddin Syazlee. Speaking at the Dewan Rakyat today, he said that many matters pertaining to this were still being weighed and discussed, The Star reports.

This included “sensitive issues” such as toll rates as well as the government and rakyat‘s debt. Eddin said the government would have to look at the agreement in detail, and both parties would also need to review aspects of the revenue from tolls.

“For this agreement with PLUS, it is still under discussion and has yet to be decided. Among the matters being considered and being looked into are the revenue projection terms between the company and the government,” he said in response to a supplementary question from Datuk Seri Mahdzir Khalid (BN-Padang Terap). Mahdzir had asked about the status of discussions with PLUS and whether its concession period was being extended until 2058, as agreed under the Pakatan Harapan government. In January this year, former prime minister Tun Dr Mahathir Mohamad had said that PLUS would not be sold and that the concessionaire would be given a 20-year extension of its toll concession.

At the same time, it was also announced that there would be no change in toll rates on PLUS highways until the end of the concession period. As agreed under the terms of its concession extension, PLUS implemented the 18% reduction in toll rates as defined by the previous government on all its highways starting from February 1.