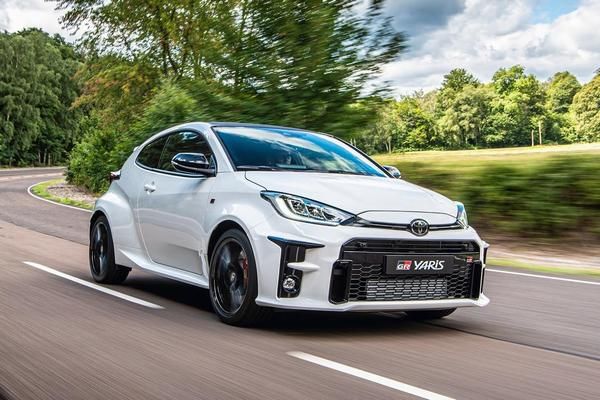 So the super Yaris is here at last, but it's been a long old journey – as this making of video shows

We’re all familiar with the idea of the homologation special, those cars brought to production for the sole purpose of meeting motorsport regulation. Handily they’ve created some of the most memorable driver’s cars ever known, too, the relationship between street and circuit (or stage) advantageous to all involved. Well, now we live in the era of the reverse homologation special, where a road car is derived from the competition equivalent – and Toyota believes the

is just that car.

Its latest video in the Yaris launch campaign, simply called 'How it started', focuses on the prominent involvement of Akio Toyoda, President of Toyota, in the GR's development. Which is pretty notable, really, given any talk of participation in a new model from those very high up in a car company is usually nothing more than just that. But here we see Toyoda meeting with Tommi Makinen, leading cold-weather testing, even racing a development car as the GR gets closer to production.

And although videos like this are made to conjure up exactly these feelings, Toyoda does seem properly invested in the GR project; he speaks of his desire for the brand to be making sports cars again throughout. Not simply cars like the GT86 and Supra, either, where the development is shared with another manufacturer, but a sports car "purely made by Toyota." The Yaris GR is it, and he's clearly enormously proud of it.

Interestingly, Toyoda notes in the video that "this car does not have to be the perfect version of the reverse process", that process being to make a road car from the WRC Yaris. Instead he appears more intent on "working in the right direction" as he puts it, and making the pure Toyota sports car he's been keen on for so long. Everything we've seen and heard of the GR thus far has been extremely encouraging, and if anything this video only serves to heighten the anticipation and excitement. Not long to wait now…