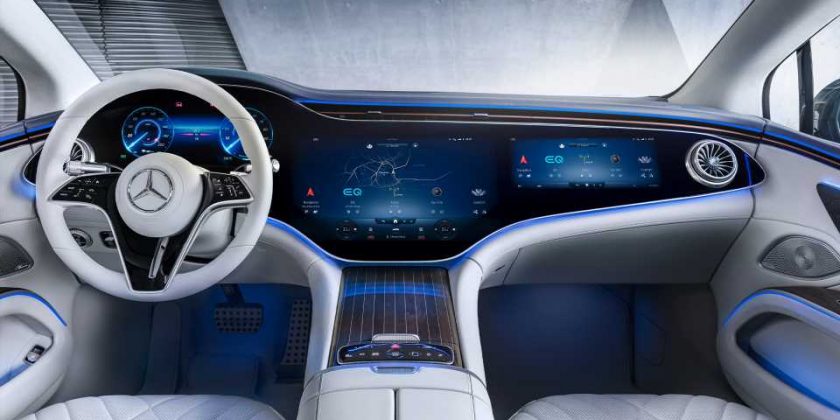 While the Mercedes-Benz EQS electric sedan’s full reveal is still a couple of weeks away, Merc has given us our first complete look at the final, production-ready interior. The German marque also revealed a number of details pertaining to what driving the thing will actually be like. And yes, that massive dash-spanning Hyperscreen really is happening.

Measuring 56 inches wide and accounting for 2.6 square feet of real estate, the concave Hyperscreen dashboard will feature haptic feedback on the center and passenger sections to make it feel like you’re pressing physical buttons. This is accompanied by an optional HUD capable of what MB calls “augmented reality projections.” The big dash-screen is definitely a showstopper but buyers who think it’s a little much—or, more realistically, would rather not pay the upcharge—can opt to have the EQS fitted with a more traditional cabin similar to that of the new S-Class. In that case, it’ll sport a 12.3-inch digital instrument screen and a 12.8-incher rising up from the center console. That’s it. 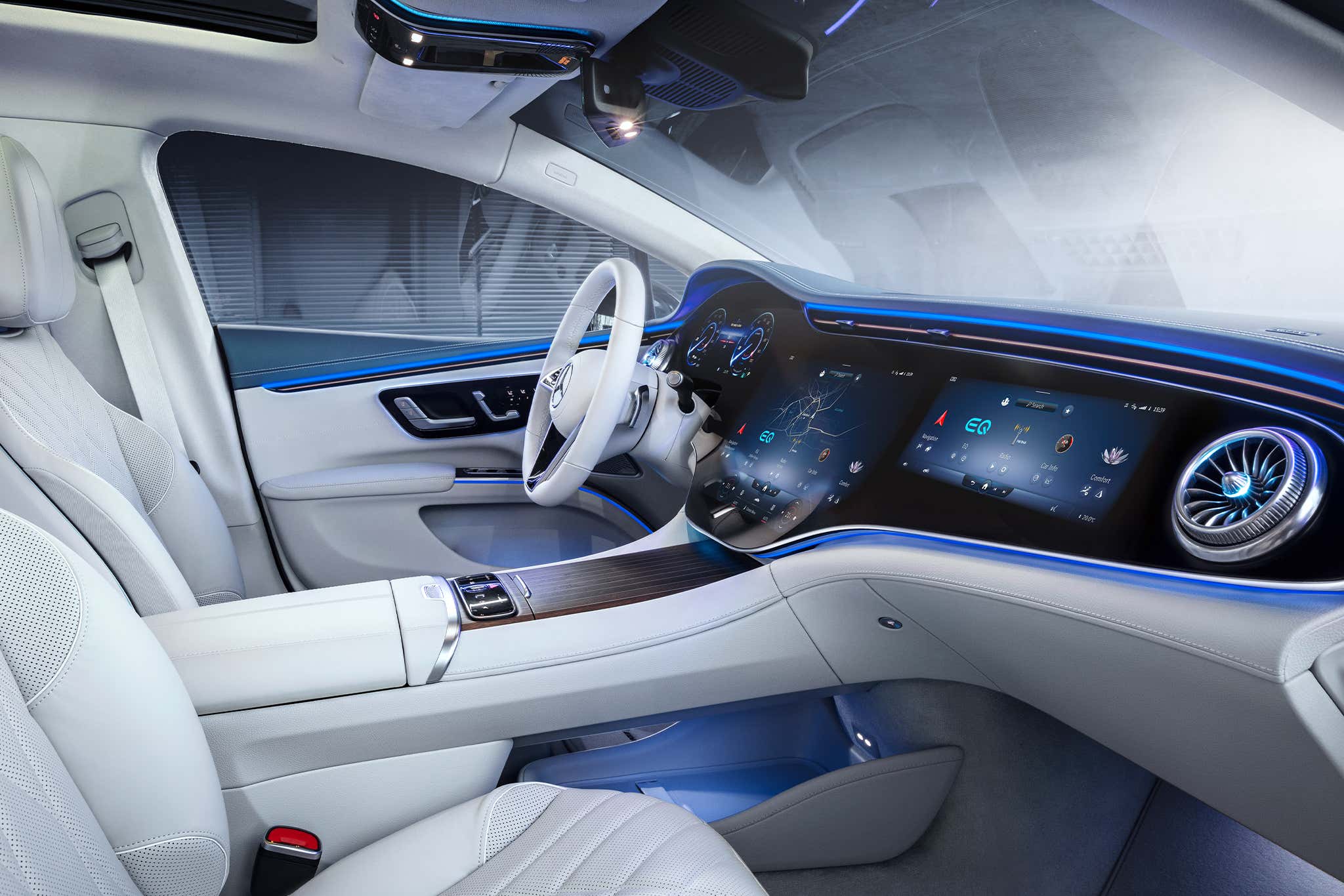 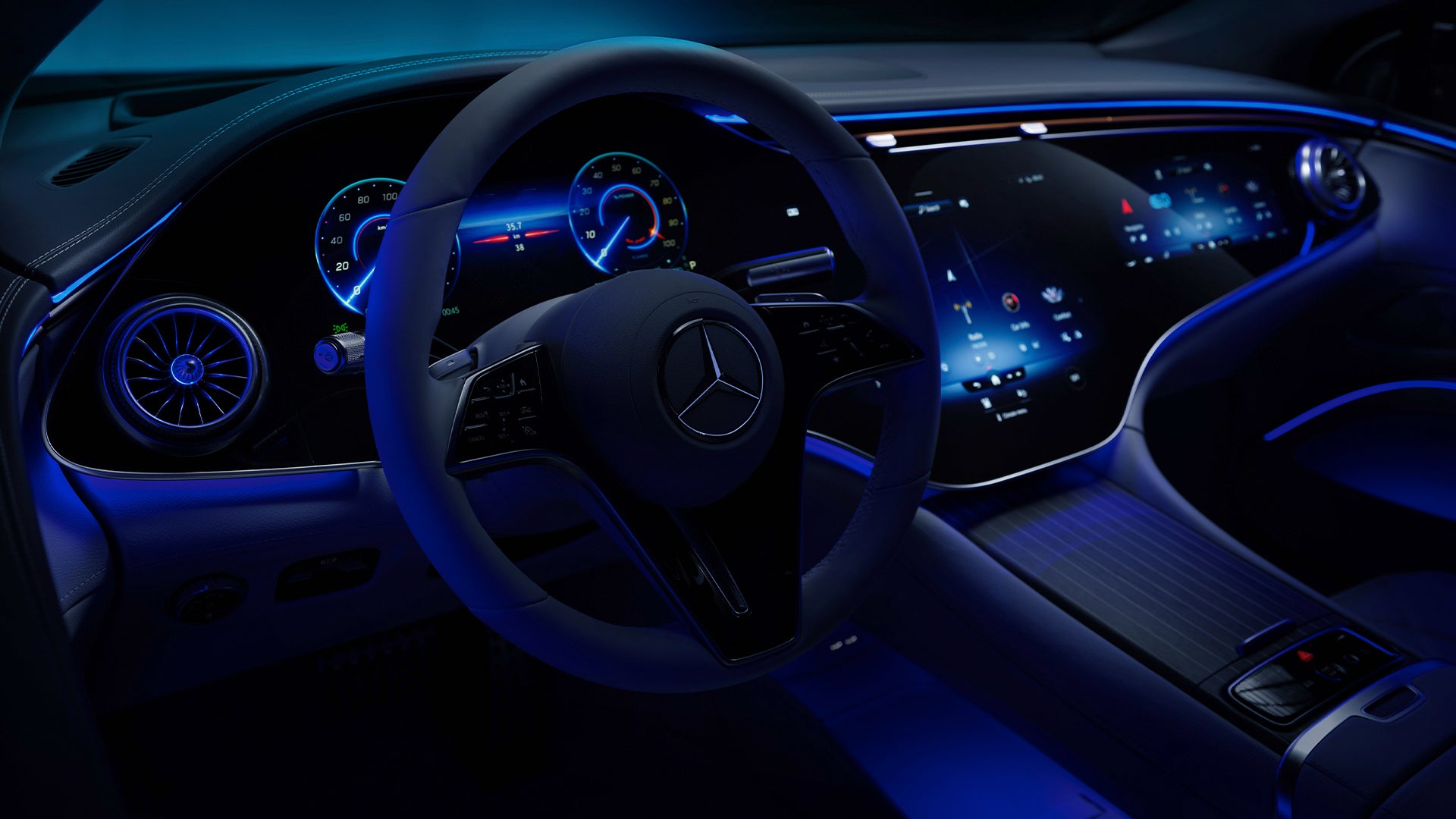 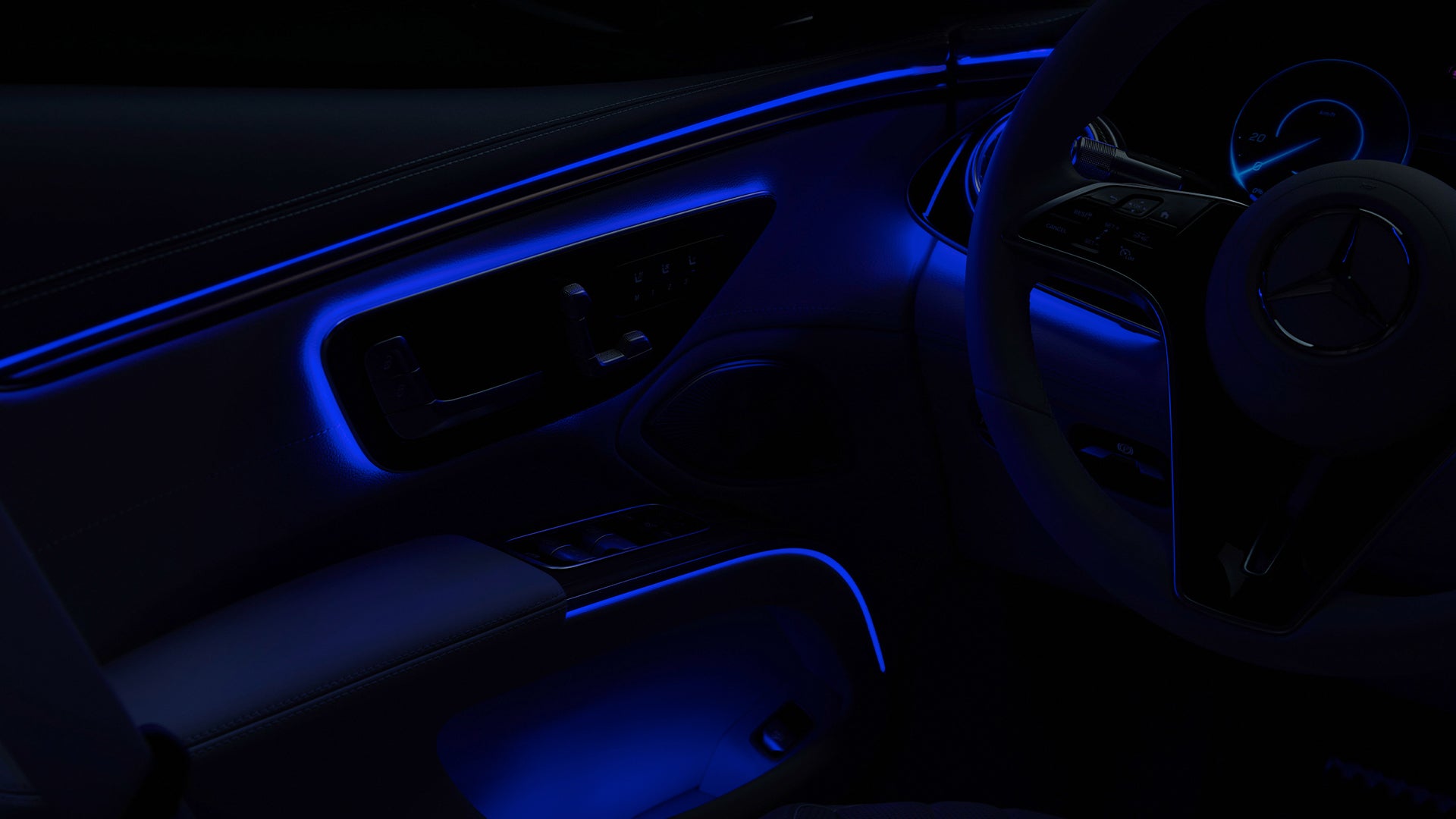 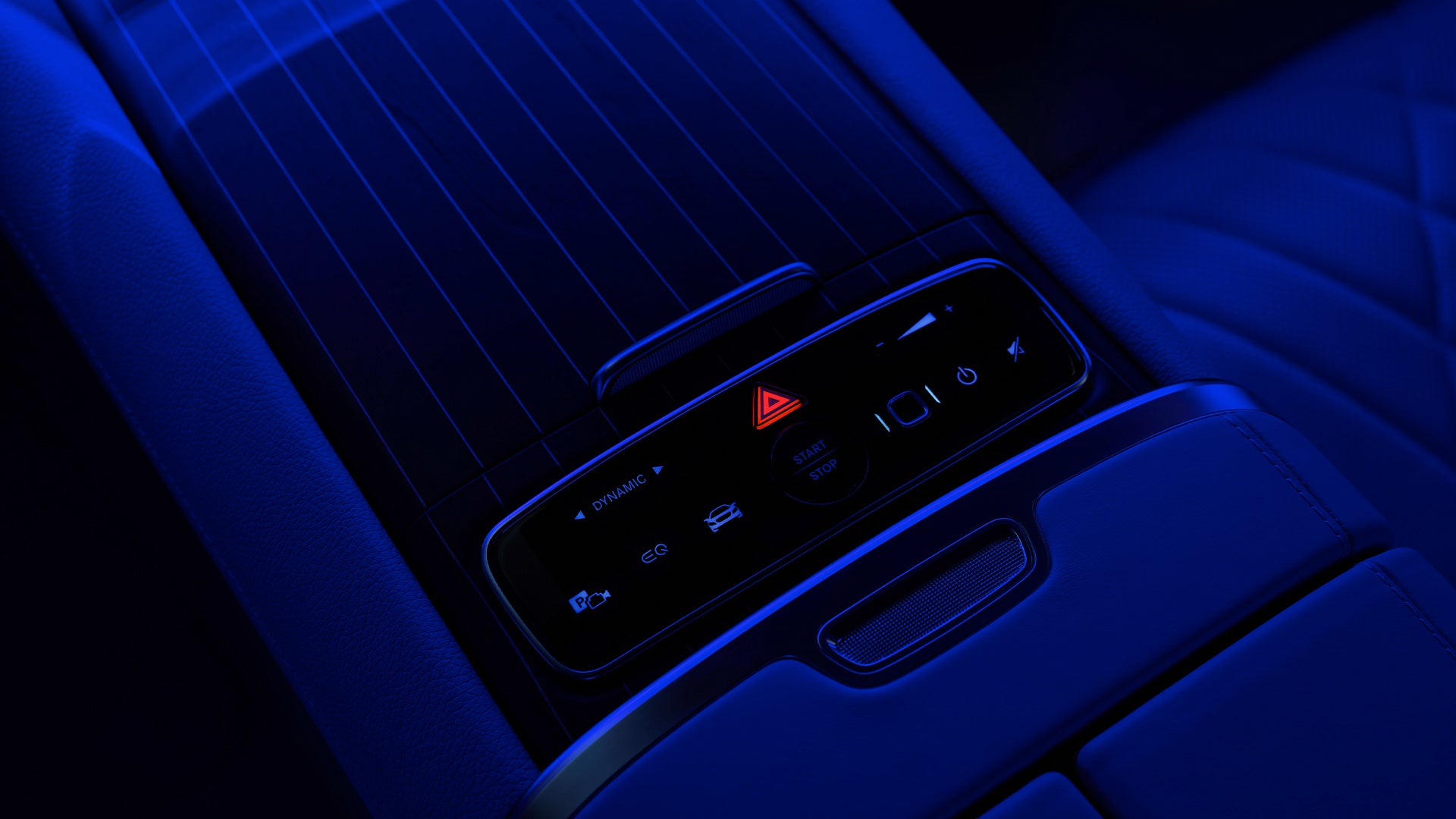 Whichever screen setup you choose, though, the rest of the EQS’s digs are appropriately luxurious. Sized similarly to the aforementioned S-Class on the outside, Mercedes says the EQS will be more spacious on the inside than that gas-powered flagship since it takes full advantage of its lack of an engine and the “skateboard” EV platform. The EQS eschews the ICE-necessitated three-box layout for what the company calls a “one-bow” design, resulting in a coefficient of drag of just 0.20 and the title of most aerodynamic production car ever. A HEPA filter keeps outside dust, pollen, and odors from invading the cabin while the seats feature 10 different massage programs because of course they do.

A notable feature of the EQS experience is its “soundscapes,” selectable whoosh-vroom noises pumped in through the speakers. The sound algorithmically changes and adapts according to a dozen different driving parameters including accelerator position and vehicle speed, just like a regular engine would. Instead of engineering one default sound that’ll hopefully satisfy everybody like Audi has with the E-Tron GT, Mercedes engineers will let drivers choose between several aural themes. Silver Waves is a fairly generic luxury EV soundtrack while Vivid Flux leans into the sci-fi space opera vibe and Roaring Pulse is designed to bring to mind older-school, high-performance machines.

Silver Waves and Vivid Flux will come pre-loaded on the EQS while Roaring Pulse—as well as other soundscapes coming in the future—can be activated via an over-the-air update. Of course, EQS drivers can always turn the soundscapes off altogether.