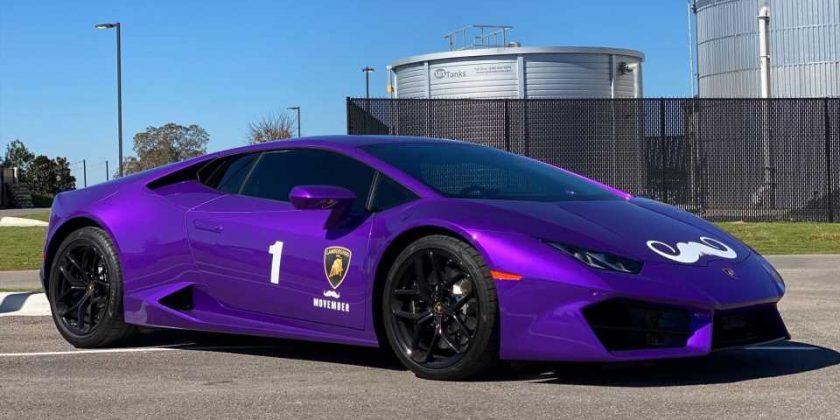 Today marks the worldwide Bull Run, during which 1,500+ Lamborghini owners are participating in rallies around the world for a good cause. This year, Automobili Lamborghini is an official partner of Movember, which is the nonprofit organization that asks men to grow mustaches in the month of November to raise awareness and funds for men’s health. Specifically, Movember focuses on prostate cancer, testicular cancer, mental health and suicide prevention.

Here in my neck of the woods, the rally started at the Lamborghini Austin dealership, where each vehicle (including the Urus I was piloting for the day) was adorned with a stick-on mustache and a sign to show support for the Movember movement. Once every vehicle was fitted with a ‘stache, all 15 Lambos rolled down Lamar Boulevard north of downtown, accompanied by county constables to keep the group together.

It’s quite a spectacle to see so many Raging Bulls (mostly Huracans with an Aventador and a couple of Urus SUVs mixed in) all in one place. Even more than the sight of these vehicles is the collective sound of roaring V10 and V12 engines and the delicious echo of pops and crackles on the downshift. Lamborghini’s chief technology officer told me at Monterey Car Week they’re not ready to give up their big engines, thank heaven. 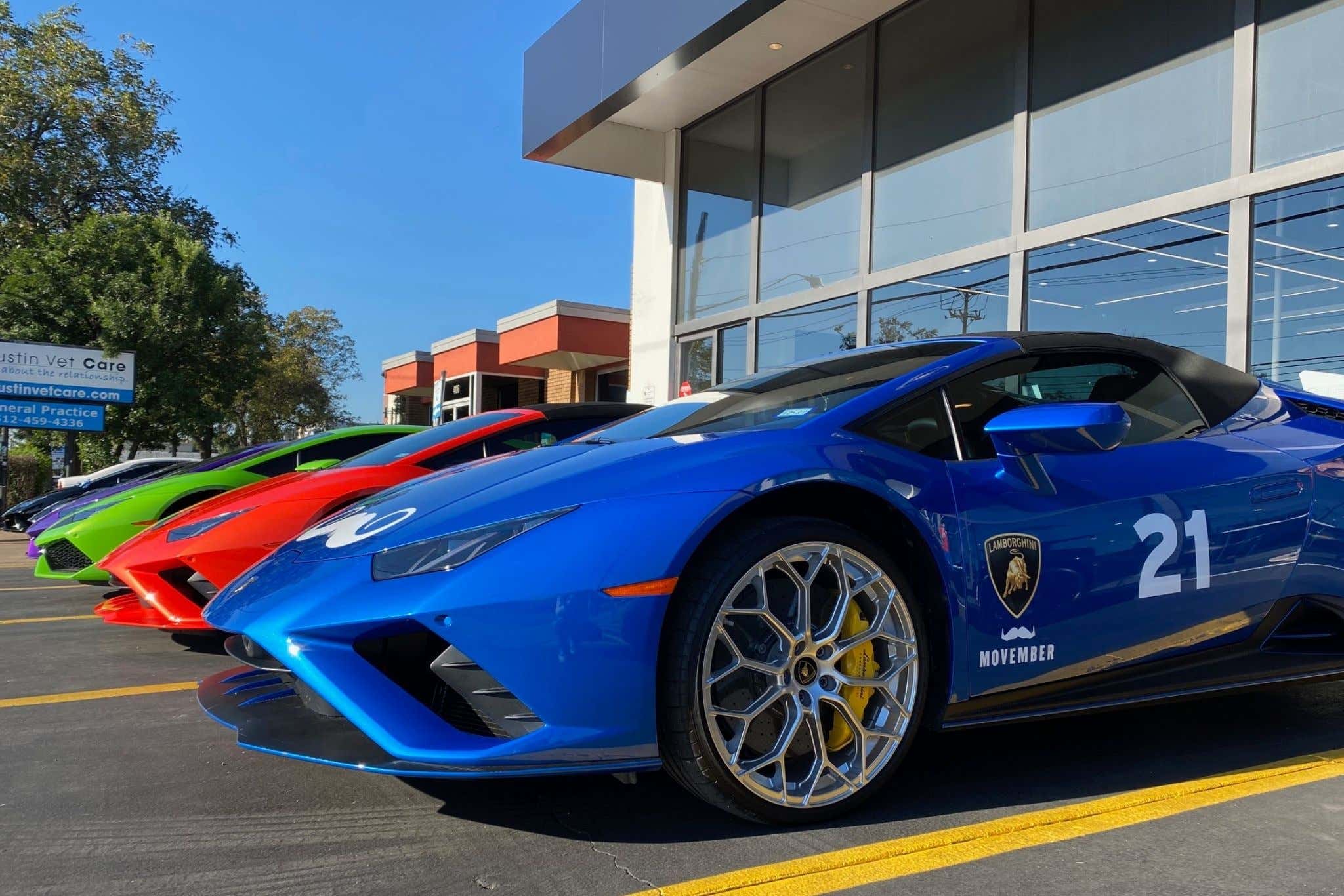 “Through this partnership, Lamborghini wants to actively contribute to the crucial issue of health and support research, by raising awareness among its community of fans and customers,” Chairman & CEO of Automobili Lamborghini Stephan Winkelmann said in a statement. “This is a perfect parallel to the many initiatives that we have been carrying out internally for years in favor of the psycho-physical well-being of our people. These include health-screening and prevention projects, to schemes supporting diversity and inclusion and numerous social initiatives, which make Lamborghini an ethically responsible industrial entity.”

One 18-year-old was driving a gold Aventador SVJ with a fair measure of carbon fiber in the Austin rally, and his parents were driving their own Lamborghini. But before you rage against the presumed injustice of a college freshman driving such an exquisite car, know that this particular kid is not only an Eagle Scout, he races cars and is active in the community, raising money for charities alongside his mom and dad. They sat across from me at lunch and while they won’t reveal how many cars are in their collection, I can tell you that one of them is a 1962 Rolls Royce they drove for their wedding. 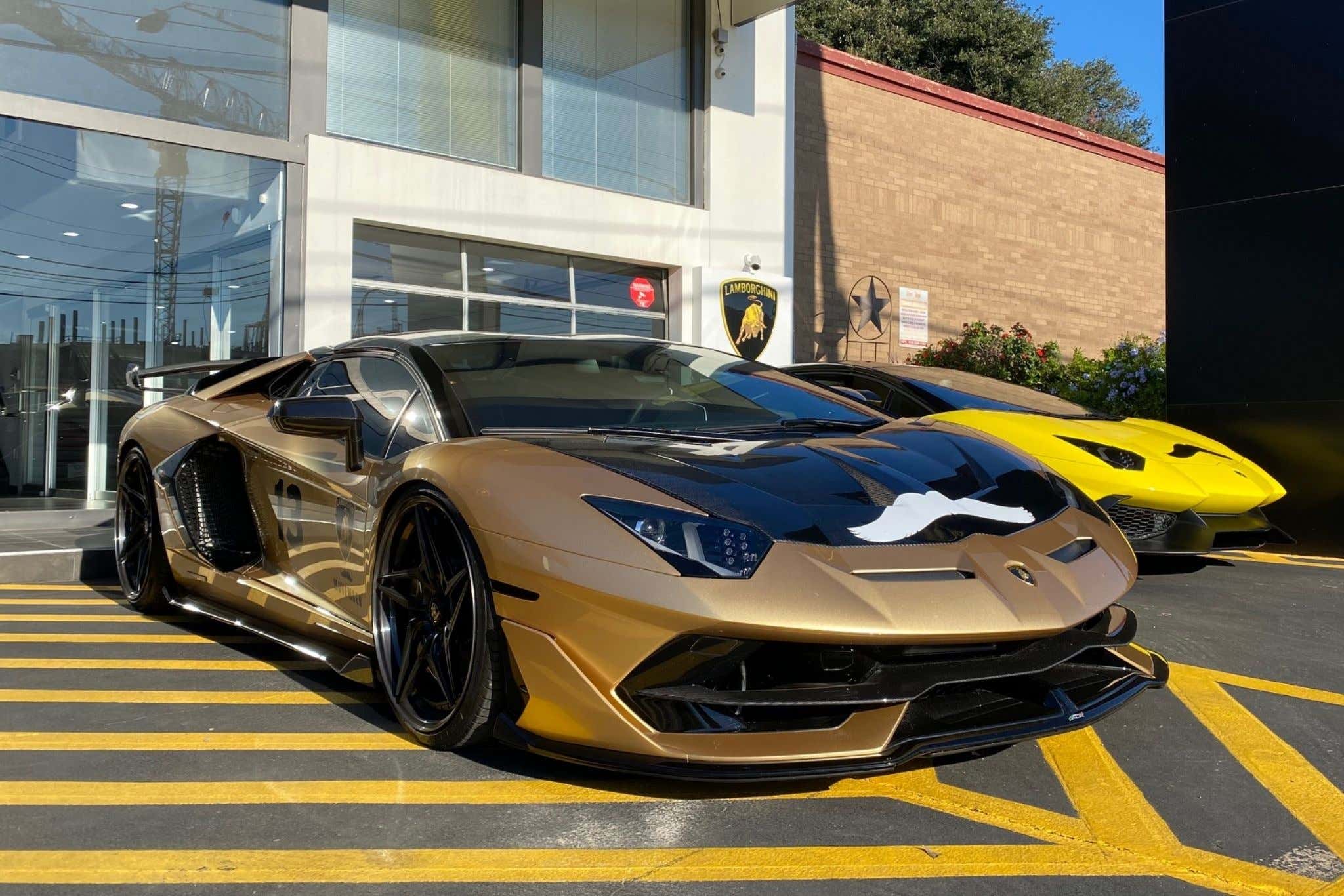 In 2020, Movember raised $16.2 million; over the last 18 years they have raised more than $1 billion. Teaming up with Lamborghini is a smart move, considering the majority of the brand’s customers have been historically male. The Urus shook things up in 2018 and Lamborghini had a banner year with 70 percent of Urus buyers new to the brand, according to CNBC.

So if you see a Huracan, Aventador, Urus, or any of the Lamborghini models with a mustache, know that it’s not a joke; it’s to get your attention to look out for the men you love.

Got a tip? Send the writer a note: [email protected]