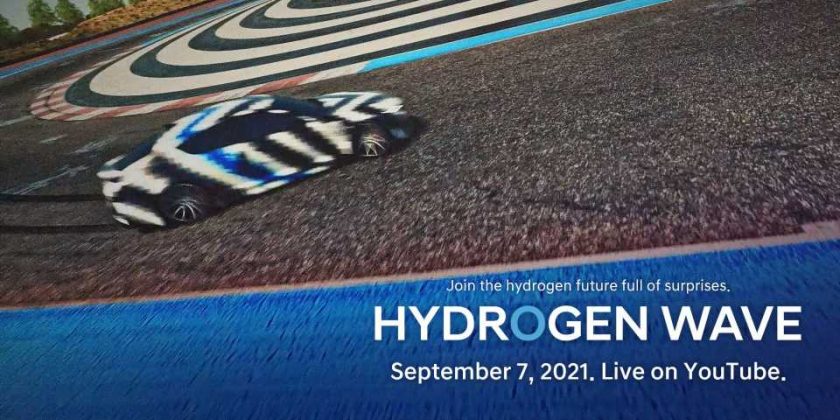 Most automakers have been pledging to convert their lineups to battery-powered electric vehicles, touting gains in charging times and range, but a few companies have continued developing hydrogen fuel-cell technology, which promises sustainability and quick five-minute refills. Hyundai was one of these companies. It has offered the Nexo, a hydrogen-powered crossover, in California since 2019. While the Nexo is a niche vehicle finding only a couple hundred buyers each year, Hyundai is doubling down on hydrogen technology, announcing yesterday that it will host a virtual forum called “Hydrogen Wave,” during which the Korean automaker will reveal its vision for a hydrogen-fuel-cell future.

Along with outlining its plans for hydrogen fuel-cell development, Hyundai says that it will unveil “state-of-the-art future fuel-cell electric vehicles” at the event, although it did not specify how many or what they might be. However, a few short teaser videos provide some hints.

In the first video, we catch a few glimpses of a hydrogen-powered sedan decked out in blue, black, and white camouflage as it tears up a racetrack. The vehicle appears to be an athletic sports sedan, and Hyundai has said before that its N performance subbrand will include hydrogen fuel-cell vehicles as well as traditional EVs. The vehicle looks roughly similar in size to the Sonata, but it’s not yet clear whether Hyundai’s first performance hydrogen car will be based on an existing model or new from the ground up.

In one of the other videos, we get a brief look at a hydrogen-fuel-cell truck as the camera pans along the side of a vehicle with HTWO logos, Hyundai’s nascent hydrogen fuel cell sub-brand. Although it’s not a perfect match, some of the vehicle we see looks similar to the design of the HDC-6 Neptune semi-truck concept Hyundai showed off in 2019. The virtual forum will take place on September 7 on the Hyundai Motor Group Youtube channel before the company hosts a physical exhibition, presumably of the new vehicles, in Goyang, South Korea, from September 8 to 11.