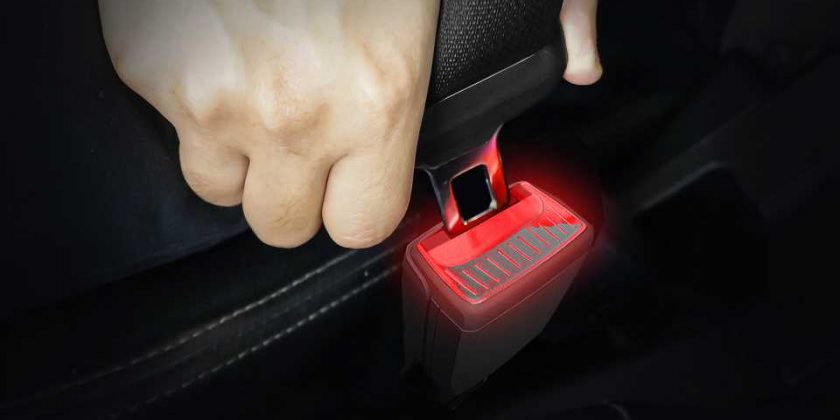 Historic Czech carmaker and Volkswagen Group fan favorite Škoda has just introduced illuminated seat belt buckles, claiming they will put an end to the hassle and faff of trying to belt up at night. Perfect or not, we have no idea why this took the industry six decades to accomplish.

Seat belts were invented in the 19th Century by English engineer George Cayley, who felt that his glider would be a touch safer equipped with such a device. By the mid-1950s, several designs were tested, including America’s and an almost perfect suggestion by Saab in 1958. However, the three-point V-belts we know today came to be thanks to former SAAB aircraft engineer Nils Bohlin, who patented his idea at Volvo in 1959. The bigger Swedish carmaker made Bohlin’s invention standard equipment straight away, saving millions of lives ever since.

Škoda’s new smart buckles feature a clear transparent button in place of the traditional red eject button that I must say has faded into pink in my Autobianchi. This new button features a pair of multicolour RGB LEDs that operate in two modes. With nobody in the seat, the LEDs glow white to show the passenger where the buckle is located at night. Škoda uses a crystalline pattern on the clear plastic to spread the light and make the whole button glow. Fans of clubbing will also appreciate the second mode, in which the buckles can be programmed to have an animated welcome sequence to make them even more noticeable in the dark. 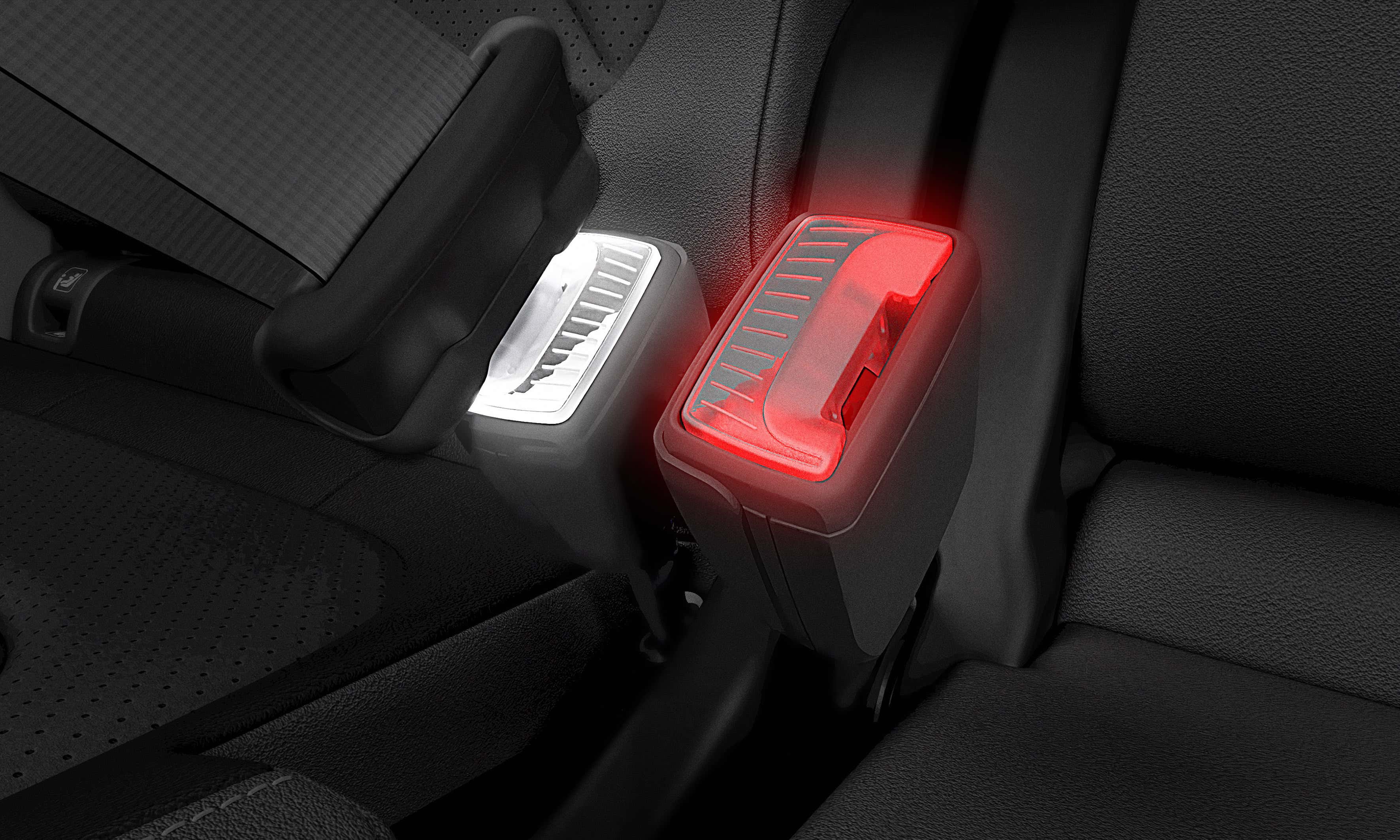 Škoda does think of the children. When somebody is sitting in the seat, a weight sensor switches the LED to red, indicating that the occupant should put their seat belt on. This way, parents can immediately see if their children have either forgotten to fasten or have not engaged the buckle correctly. Once that’s corrected, the LED changes to green to confirm, and then back to white.

The VW Group brand says its innovation team is on fire. In 2019, the factory filed 94 individual patent applications, which is more than any other company in the Czech Republic. Their list of protected innovations includes carpet mats made of hollow fiber fabric, a flexible cargo snake and a production line camera system that can align parts of the car body before welding more precisely.

In other European VW Group news, this is still the Škoda Octavia RS iV, a plug-in hybrid wagon producing 242 horsepower. Not quite as quick as a 2022 Golf R, yet cheaper and way more practical than a standard GTI. 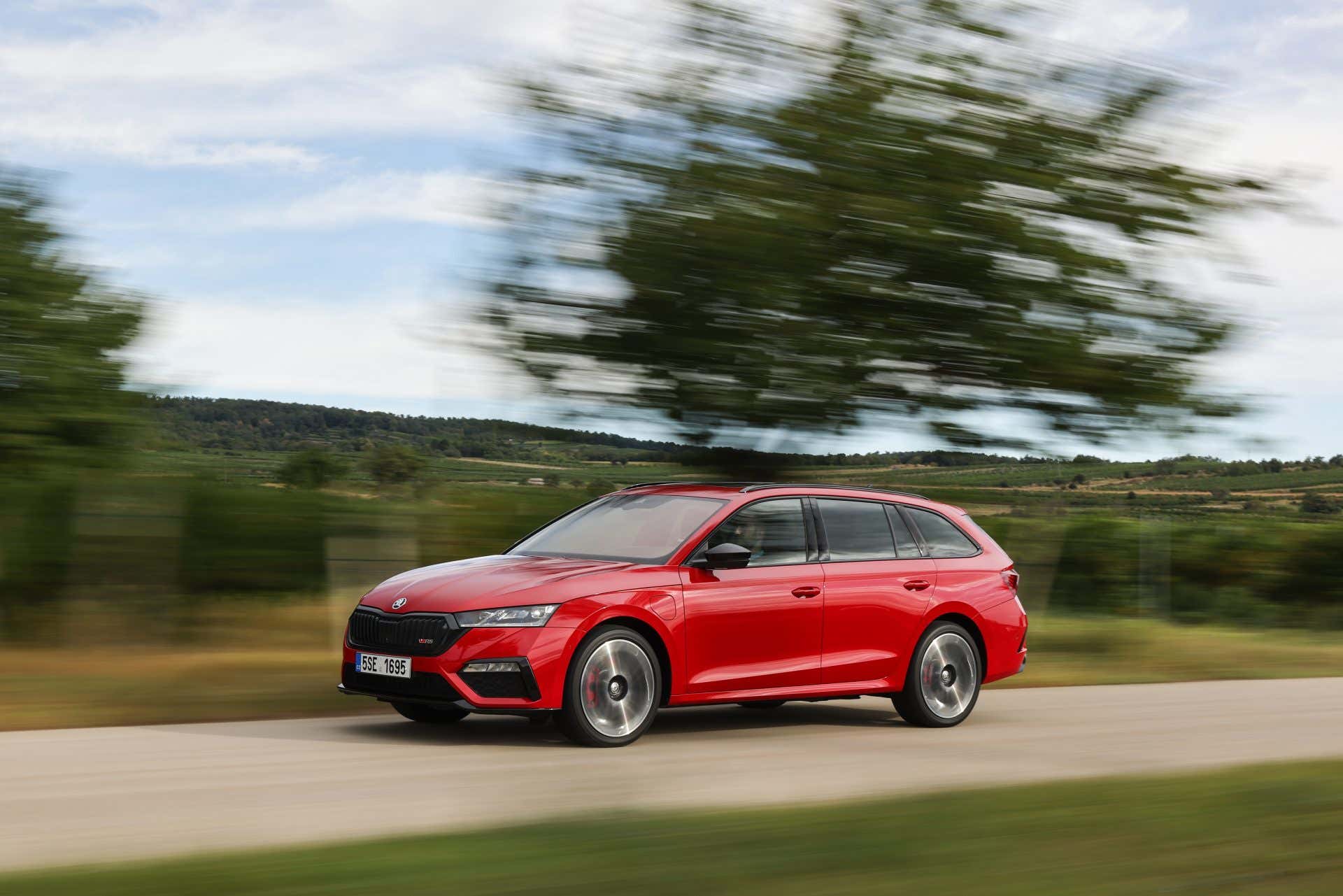