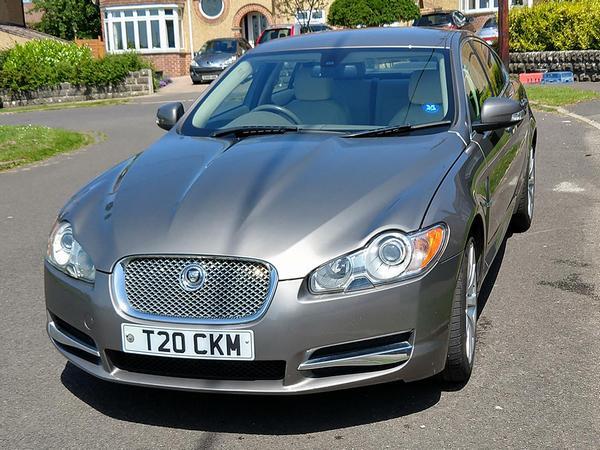 Well now, here is a rarity – a Jaguar XF Premium Luxury V8. Not even one of the later 5.0-litre cars, either, but a very early 4.2-litre XF, rumbling along with 300hp like it did in the XK of the time as well. This is an XF from before even the original XFR of 10 years ago, when models like this sat beneath the supercharged SV8 with 420hp. If all that feels like a jolly long time ago, you’re not alone.

It’s the only naturally-aspirated Jaguar XF currently for sale in the PH classifieds. And if you’re thinking it might be a waste of time, lacking both the performance of the supercharged cars and the efficiency benefits that came with later engines, think again. Once upon a time, this XF was praised in Autocar for being preferable to an SV8, indeed only let down by a lack of rear seat room and those slightly gawky headlights. “This XF is beautifully poised on the right road, offers the best steering in the class and, in that clearly conceived and impressively executed cockpit, the perfect place from which to view the action”, was the verdict in 2007. 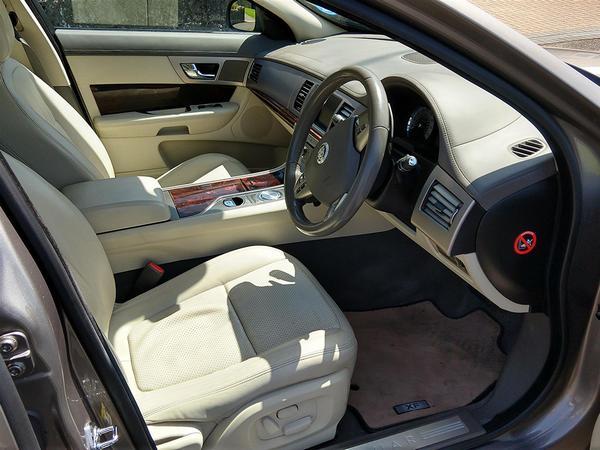 While this was before the supercharged V8 XFs, it’s clear that these more prosaic V8s are not duffers; their exceptional rarity now is likely a consequence of their positioning when diesel was king. There are 10 times more XFRs on the road than these models, according to HowManyLeft. And it’s hardly like XFRs are on every street corner, either. Rare, accomplished, interesting V8 Jaguar saloon, for £5k – what’s the catch?

Maybe the spec isn’t ideal. Vapour Grey Metallic – more accurately described as beige by the seller – with cream leather is a bit too traditional for what was the first Jaguar of the modern era, and might put a few off. Otherwise everything is in its favour: below average mileage, a recent service with stacks of history, four matching Michelin tyres, a long MOT and what appears to be a more than acceptable condition. Which makes sense, if thought about; this isn’t the sort of Jaguar bought by accident, it lacking both flagship status and diesel parsimony, so hopefully the level of care and consideration that’s gone into purchase has been reflected in the upkeep. Certainly seems that way.

Moreover, while there are alternatives even at this little money, various temptation there from BMW, Audi and Mercedes, those same reasons for choosing the XF when new are arguably still there now. Alright, so it’s mainly about being a nicer car to drive than the opposition, but that’s as good a reason as any. Allow enough in the budget for replacement of those consumables that keep an XF handling so sweetly, and the job is surely a good ‘un. 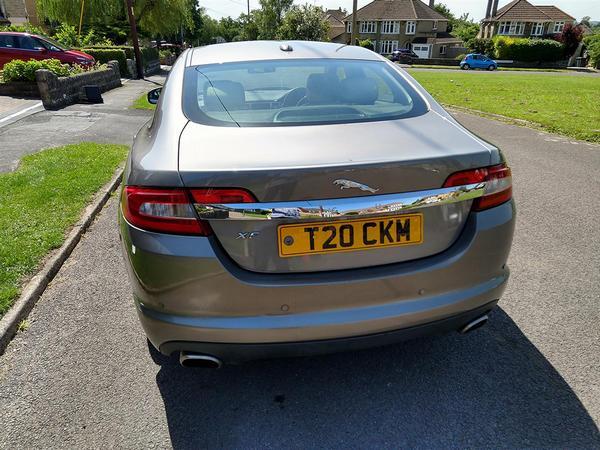 The future is potentially less certain. Heaven knows it’s not going to get any cheaper to run a V8 executive saloon anytime soon, a cost that could become more difficult to bear the brunt of if the car’s value drops further. Speaking of which, old V8 Jags have featured in Shed stories each week almost as regularly as horses in the Racing Post – they do depreciate. Hard. And while you’d hope this XF’s rarity will help its cause, there’s certainly no guarantee that it won’t flirt with the realms of Shed motoring at some point. Which would be a shame.

Or it could just stay at £5k or thereabouts, the XF’s significance to the Jaguar renaissance, the favourable press reception throughout its life and this particular car’s peculiar specification saving it from the bargain bin. Which would seem a bit more fair. Whichever way it goes, this Premium Luxury looks a canny purchase for the willing buyer right now; a shining, beige example of the very thing Jaguar did best – large, dynamic, brisk saloons – until it realised EVs were also its thing. Don’t be surprised if a fondness for those big four-doors with big engines increases as the electric future nears – it’ll look even more like £5k well spent if that happens…