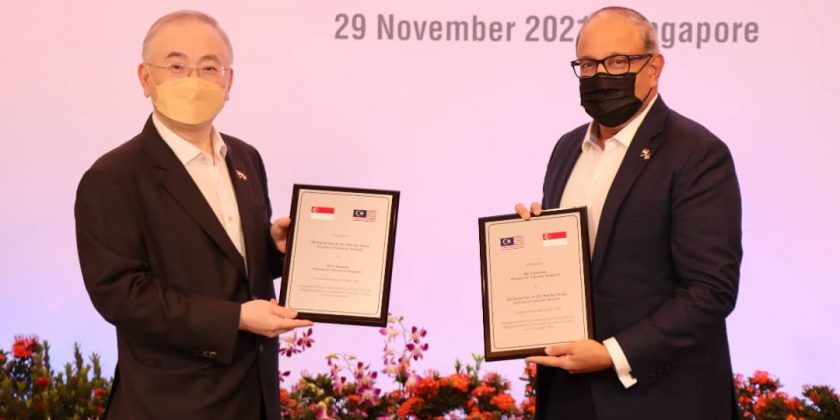 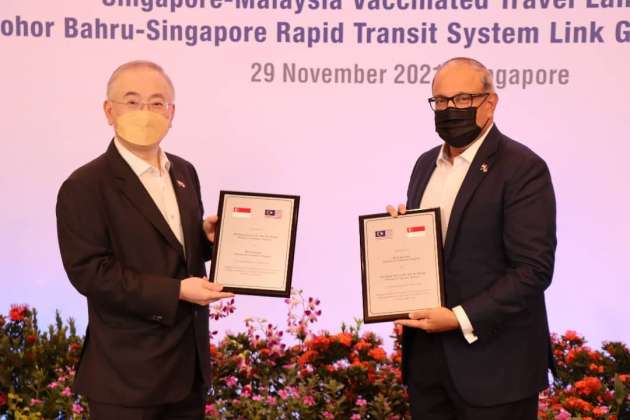 While the topic of the KL-Singapore High-Speed Rail (HSR) was surprisingly raised by Malaysia in the prime minister’s official visit to Singapore, its official status, as of now, is dead. One rail project is a certainty though, and it’s the Johor Bahru-Singapore Rapid Transit System (RTS) Link.

Yesterday, transport minister Datuk Seri Wee Ka Siong and his Singaporean counterpart S Iswaran exchanged the RTS Link grantor agreement, which follows on from the concession agreement that was concluded on July 30 last year, when the project was successfully resumed. This grantor agreement stipulates the responsibilities of the two grantors in carrying out their roles and obligations with respect to the concession agreement.

“We very much welcome and applaud these latest milestones in our shared efforts to rejuvenate our economic linkages and reconnect our peoples following the pandemic’s impact. The journey to realise the JB-SG RTS Link continues with this grantor agreement as a major step in this landmark project’s progress,” Wee said. 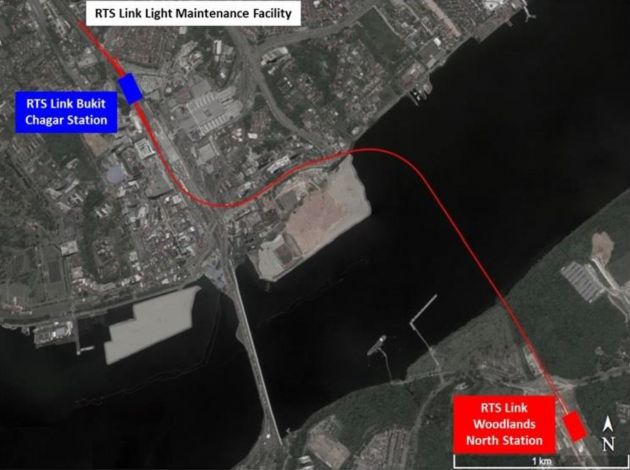 “Malaysia is Singapore’s closest neighbour, and we have longstanding economic and people-to-people ties. The progress made on the JB-SG RTS Link project as well as the resumption of air and land travel between the two countries are key to restoring ties and reviving our economies,” Iswaran said.

The RTS Link is a cross-border rail service between the Malaysia station in Bukit Chagar, JB and Singapore station at Woodlands North. With a large capacity of up to 10,000 passengers per hour per direction and a journey time of about five minutes between the two stations, the RTS Link will provide a fast and convenient way to travel between JB and Singapore. Passenger service is set to begin by the end of 2026.

In July, then prime minister Tan Sri Muhyiddin Yassin and his Singapore counterpart Lee Hsien Loong met at the Causeway for a signing ceremony that marked the official resumption of the RTS Link project. Launched in 2018, RTS construction was scheduled to start in 2019 and slated for completion by December 2024. However, it was suspended in April 2019 at Malaysia’s request as the Pakatan Harapan administration reviewed all big projects. In its current form, the RTS project differs from the original plan. While the 10k passengers per hour capacity remains, the line will no longer leverage the Thomson-East Coast (TEL) MRT Line in Singapore. Instead, it will be a standalone LRT system. Also, instead of the TEL’s Mandai Depot, a new depot will be built in Wadi Hana, JB.

It will continue to feature co-location of CIQ facilities, so that passengers undergo clearance only once, at their point of departure. Each government has separately appointed an infrastructure company to fund, build, own, maintain and renew the civil infrastructure and stations in its territory up to the international boundary.

Malaysia’s portion of the RTS cost of RM3.7 billion will include construction of the Bukit Chagar station and four-storey CIQ complex, the Wadi Hana depot, and viaducts through the JB city centre and over the Straits of Johor to the Malaysia-Singapore border. The Bukit Chagar hub will be a transit-oriented development with mixed property development and duty-free shops.

Ground breaking took place last November, marking the start of construction. The line is expected to be ready in end-2026, and an estimated 150,000 people – which is half the number of people crossing the world’s busiest international land border daily – are expected to use the RTS Link.