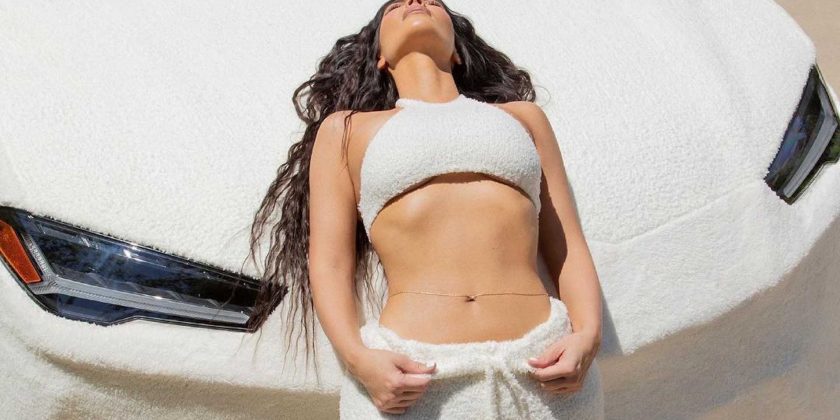 Lloyd and Harry would be proud.

During car ownership, there’s an old adage that sacred and true: “your car, your rules.”

Sure, that should always be the case, but we couldn’t help but comment on this Lamborghini Urus we found. It’s owned by none other than Kim Kardashian West herself and it’s covered with fur-looking fabric.

Yes, fur – just like the van on Dumb and Dumber and this VW Beetle Furbie that we saw last year. While the former’s a comedy film and the latter’s a combo tribute to the past, Kim’s Lambo was created to promote her store, Skims. Guess you couldn’t really trust celebrities’ taste in cars.

The furry Urus was posted on Kardashian’s Instagram, which we embedded above. If you’ve browsed through the images, you’ll see that the bevy of fur-looking fabric is seen inside as well. On the seats, the steering wheel, even the rims are all covered in fabric – we’re actually not sure if this is still street-legal but it’s cringe-inducing, to say the least.

And oh, the Instagram post came with a witty caption that says “Kimmy had a little Lamb-bo!” which explains the idea behind the furry wraps. Then again, going back to the beginning of this article – her car, her rules – so let’s leave it at that.

To be fair, this isn’t the first cringe-worthy celebrity-owned vehicle we’ve seen. NBA cager Jordan Clarkson’s all-beige Corvette C8 was one, while Justin Bieber’s custom Rolls-Royce was even weirder than Kardashian’s Urus.

But they’re not all misses, to be honest. There are celebrities who have taste in cars, such as Kevin Hart and his collection of muscle cars, as well as Lady Gaga and her Ford SVT Lightning. It isn’t about being a celebrity or having extra money to spend – it’s really about the personality.