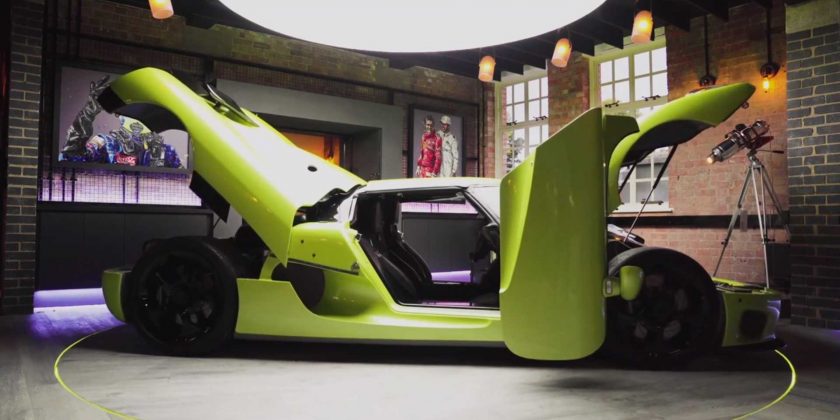 It’s a one-off car with a paint job never seen on any other Koenigsegg.

Koenigseggs are the mythological creatures of the automotive industry since they’re extremely rare and nothing else can quite match the mystery that surrounds these rolling masterpieces from Sweden. While recent models like the Agera RS, Regera, Gemera, and Jesko have received a lot of exposure on YouTube and whatnot, the older models haven’t been given that level of attention. That all changes today, courtesy of Mr JWW, as he had the special opportunity to get up close and personal with the CCR.

A follow-up to the CC8S, Koenigsegg’s original model, the CCR was only built in 14 examples from 2004 through 2006. This particular car is even rarer as only five were built in right-hand-drive specification, and this one’s exclusivity goes even further since it’s the only Koenigsegg car ever finished in Koenigsegg Racing Green. The paint wasn’t randomly chosen as it took after the family’s horse racing stables, specifically this striking shade was on the jockey’s clothes.

Fans of the McLaren F1 are “blaming” the CCR for snatching the iconic supercar’s title for the fastest production vehicle in the world. The record-breaking Koenigsegg hit 241.01 mph (387.87 km/h) at the Nardo track in Italy back in February 2005 before heading to the Geneva Motor Show a month later. Side note – the F1 remains the fastest naturally aspirated production vehicle ever made.

Even by today’s standards, the CCR remains an absolute beast, featuring a 4.7-liter V8 with a pair of superchargers thrown in for good measure. It produces a whopping 806 horsepower and 679 pound-feet (920 Newton-meters) channeled to the rear wheels via a six-speed manual transmission with a long gear lever to bring it closer to the driver’s hand for quick access.

Those healthy output numbers translate into some neck-twisting performance, with the 0 to 62 mph (100 km/h) taking just 3.2 seconds. The acceleration is even more impressive when you factor in the CCR had a manual gearbox, so no launch control doing all the heavy lifting. Per Koenigsegg’s specs sheet, it did the quarter-mile in nine seconds at 146 mph (235 km/h). Fun fact – it returns a fairly decent 13.8 miles per gallon (17 liters / 100 km) in the combined cycle.

The amazing stats are backed by a spectacular design, including those nifty dihedral synchro-helix doors representing a signature of Koenigsegg models. This particular car was built in 2005 and still uses the original tires 15 years later, but that didn’t stop Mr JWW to have some fun with it on the track in the latter half of the video.