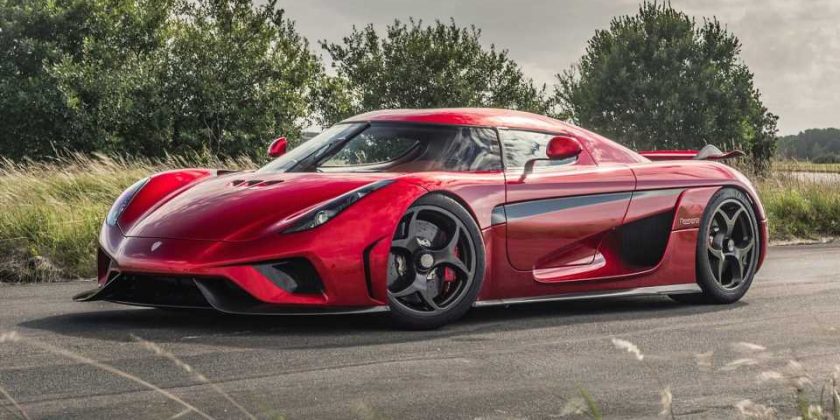 There isn’t another car in the world like the Koenigsegg Regera. That’s not just because it looks like something from the future, or has gobs of power. Truth be told, there are quite a few hypercars with space-age designs and excessive thrust. But none combine sci-fi looks with hybrid tech, 1,500 horsepower, and a unique direct-drive system for insane acceleration. How insane? It goes from naught to 249 mph and back in just 31.4 seconds.

Maybe that’s why every Regera is time-tested in a sprint to 186 mph (300 km/h) before it leaves Koenigsegg’s care. According to a recent Facebook post by the niche automaker, that’s part of the Regera’s pre-delivery process, presumably to ensure the twin-turbocharged 5.0-liter V8 engine and all its electrical add-ons are in proper order. It’s also a thorough exercise for the unique direct-drive transmission, which keeps the Regera’s powertrain in a horsepower sweet spot as speed quickly builds. It’s certainly part of the reason why the Regera currently holds the production car record for the 0-249-0 mph (0-400-0 km/h) sprint.

Of course, Koenigsegg doesn’t have an overwhelming number of Regeras to certify in such speed tests. The production run is capped at 80, and when it launched in 2016, Koenigsegg said all were spoken for. At approximately $1.9 million each, the Regera is both expensive and exclusive, and thanks to this social media post from the automaker, we know that each car spent at least spent some time at high speed.

Still, 186 mph is a far cry from the Regera’s factory-limited top speed of 250 mph. Provided there’s sufficient grip, the sprint to 60 mph takes just 2.8 seconds. And yet, the Regera is also able to cruise modestly on electric-only power for up to 22 miles. Here’s hoping these amazing cars see at least some real-world use instead of sitting on perpetual static display in climate-controlled garages.