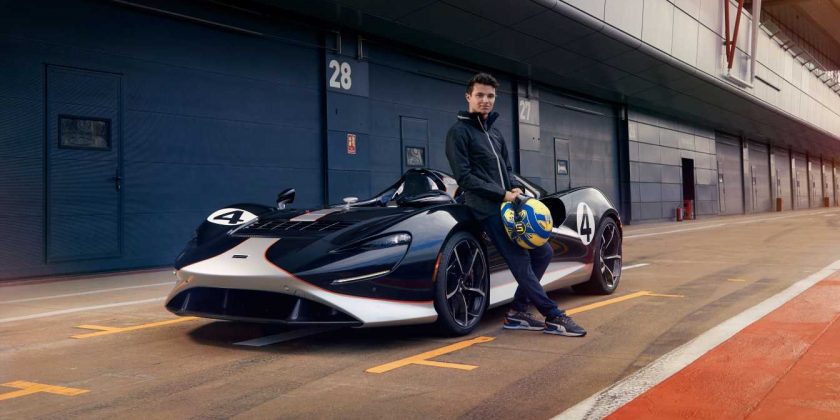 Lando Norris, currently 11th in the standings in Formula 1 for McLaren, got some seat time in the company’s Ultimate Series supercar called Elva this week at Silverstone. The clip starts with the producers trying to feed Norris some lines to say while driving, after flubbing them a few times he just gets in the the car and goes for a rip.

The McLaren Elva, the latest from the brand, features the company’s 4.0-liter twin-turbo V8 making 804 hp and 590 lb-ft along with a seven-speed dual-clutch transmission. McLaren claims it can hit 62 mph in less than three seconds, adding that the 6.7-second 0-124-mph time is faster than the McLaren Senna. 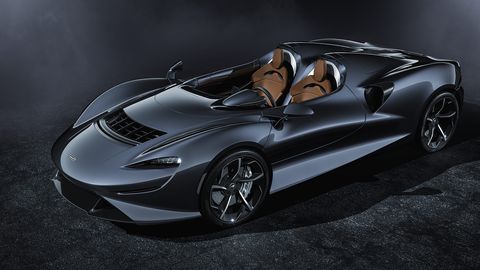 The coolest trick here is the Active Air Management System (AAMS), “which provides a virtual canopy over the Elva’s seamlessly-integrated cockpit, creating a heightened sensory experience further enhanced by a stirring soundtrack from the car’s finely-tuned exhaust.”

As we can see in the video, his poof of hair barely moves. Norris tries a little drifting at the end, with surprisingly poor results.