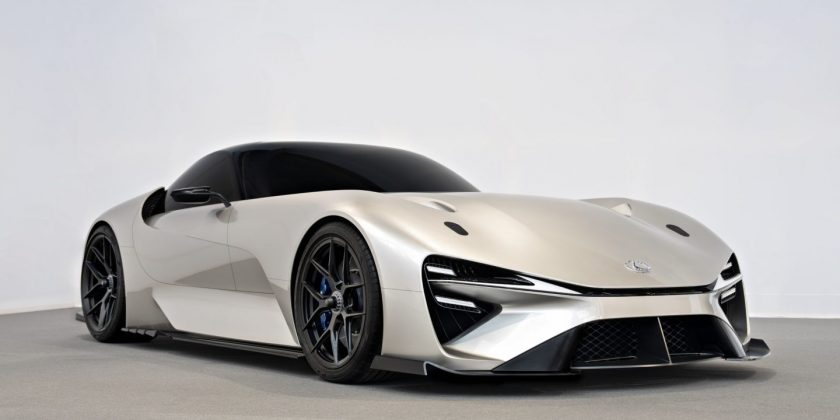 Change is inevitable, but nearly always met with resistance. And no, there was no pun intended there. But when it comes to electric cars, resistance is futile. They’re coming. But Lexus has released its road map for electrification, and there are some interesting nods to the enthusiasts in there as well as the usual bluster about range and efficiency. It’s called Lexus Electrified, and it opens with:

‘Lexus has set a course to develop new technologies and vehicles that maximise the potential of electrification not just to improve energy efficiency and reduce emissions, but also to deliver a higher level of performance, dynamics and driver engagement.’

There’s a realism to Lexus’s approach, too. Pascal Ruch, who is TME Vice President in charge of Lexus Europe, said that “ultimately battery electric vehicles will take the lead, but that while challenges of infrastructure and electricity supply remain, Lexus will continue to develop a range of electrified technologies for hybrid electric, plug-in hybrid electric and battery electric vehicles to meet diverse customer needs and driving environments around the world.”

You could argue all this noise is about clawing back lost ground, of course. If any company should’ve been in pole position to take the fight to Tesla when it came to electric powertrains, surely it was Lexus – and parent company Toyota, of course. After all, its work on hybridisation goes back decades. But for whatever reason, the company dug its heels in and refused to embrace fully electric vehicles. Until now. And if that means it needs to create a USP all over again, and that USP is driver involvement, then that sounds like turning a negative into a positive. Again, no pun intended.

Part of the Lexus Electrified approach centres on a new global headquarters at Shimoyama in Japan. This will be home to designers and engineers alike, and will allow these two genres to work ‘side by side in the drawing rooms and on the test tracks.’ Much of the engineering is focused on battery tech, of course, and Lexus already makes some bold claims in this area.  Like for example the forthcoming RZ 450e SUV, which is an EV with a 71.4 kWh battery that Lexus says offers ‘segment-leading efficiency’ of 3.7 miles per kWh. That translates to a WLTP range of up to 273 miles. Now, depending on what segment you put the Tesla Model Y in, there will be a few people now questioning how segment-leading 3.7 miles per kWh is, and whether 273 miles of range is also a headline-grabber.

So let’s move on, to the all-new RX hybrid. Lexus says this ‘introduces a new bi-polar nickel-metal hydride battery, a technology that reduces resistance, giving higher load and unload capacity. This increases output from each cell by 70 per cent, so more power can be obtained without increasing the battery’s dimensions.’ As well as increased output, the RX’s battery also targets longevity. The target set is maintaining 90 per cent of its capacity after 10 years of service. At the same time, Lexus is aiming to develop and deliver the ‘next generation’ of lithium-ion batteries alongside researching solid-state batteries.

On top of battery technology, new features are said to improve the dynamic capability of its cars. One is Direct4, which is a Lexus-only technology that will be on the new RX 500h and RZ 450e. By immediately balancing the torque to the front and rear axles, Direct4 optimises ‘traction in all driving conditions, linear acceleration and enhanced cornering and vehicle posture.’ Another facet is apparently improved ride comfort.

The RZ 450e will also introduce a steer-by-wire system, with no mechanical connection from the steering wheel and the front wheels. It’s called One Motion Grip, because it removes the need for ‘hand-over-hand turns of the wheel’. It also makes minute, automatic corrections to the car’s trajectory along uneven roads that’s claimed to improve stability.

All that sounds very worthy, but where’s the fun element you might be wondering? Well, how about an EV with a manual gearbox? It’s totally unnecessary of course, but there are many who say that a bit of reverse engineering – to take out some of the clinical perfection of electric cars – is a good thing. To do this, Lexus has created a prototype car based on the UX 300e with its electric powertrain coupled with a gear lever and a clutch pedal.

Takashi Watanabe, Lexus Electrified Chief Engineer, explained: “From the outside, this vehicle is as quiet as any other BEV. But the driver is able to experience all the sensations of a manual transmission vehicle. It is a software-based system, so it can be programmed to reproduce the driving experience of different vehicle types, letting the driver choose their preferred mapping.”

And then there’s the Electrified Sport concept. This is the headline grabber. Lexus’s vision for a ‘future halo sports car with a battery electric drivetrain.’ There’s talk Tesla-matching acceleration with 0-62mph in around two seconds, but the most alluring aspect is the styling – it looks drop-dead gorgeous, don’t you think?