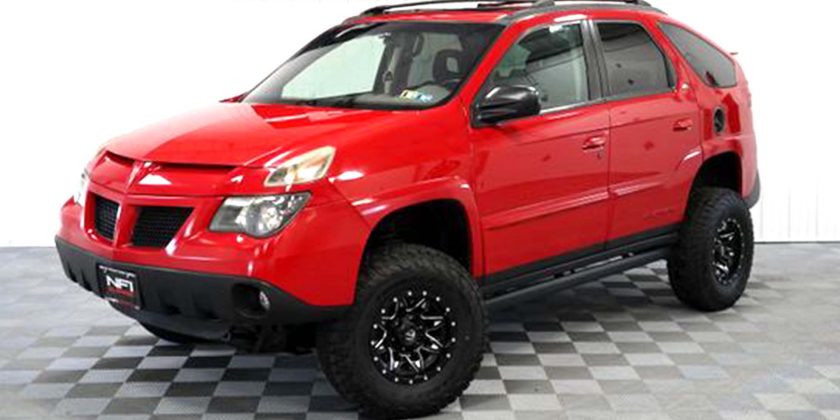 I wouldn’t go as far as saying every car looks better with a lift kit, but let’s be real—a lot of ’em do. I’ll take a high-riding Volvo wagon any day of the week, and the more this Safari trend catches on, the more I like plain old sedans with extra ground clearance and all-terrain tires. All that being said, I’ve never ever seen a lifted Pontiac Aztek until today.

It’s a 2002 model being sold by NFI Empire out of Eerie, Pennsylvania. The dealer says it’s got just under 88,000 miles, and it’s powered by a naturally aspirated 3.4-liter V6. When new, that engine made 185 horsepower and 210 pound-feet of torque, and whatever’s still left gets sent through an automatic transmission to all four wheels. That’s not a lot by today’s standards, but it ought to be enough to spin those 31-inch mud terrains. 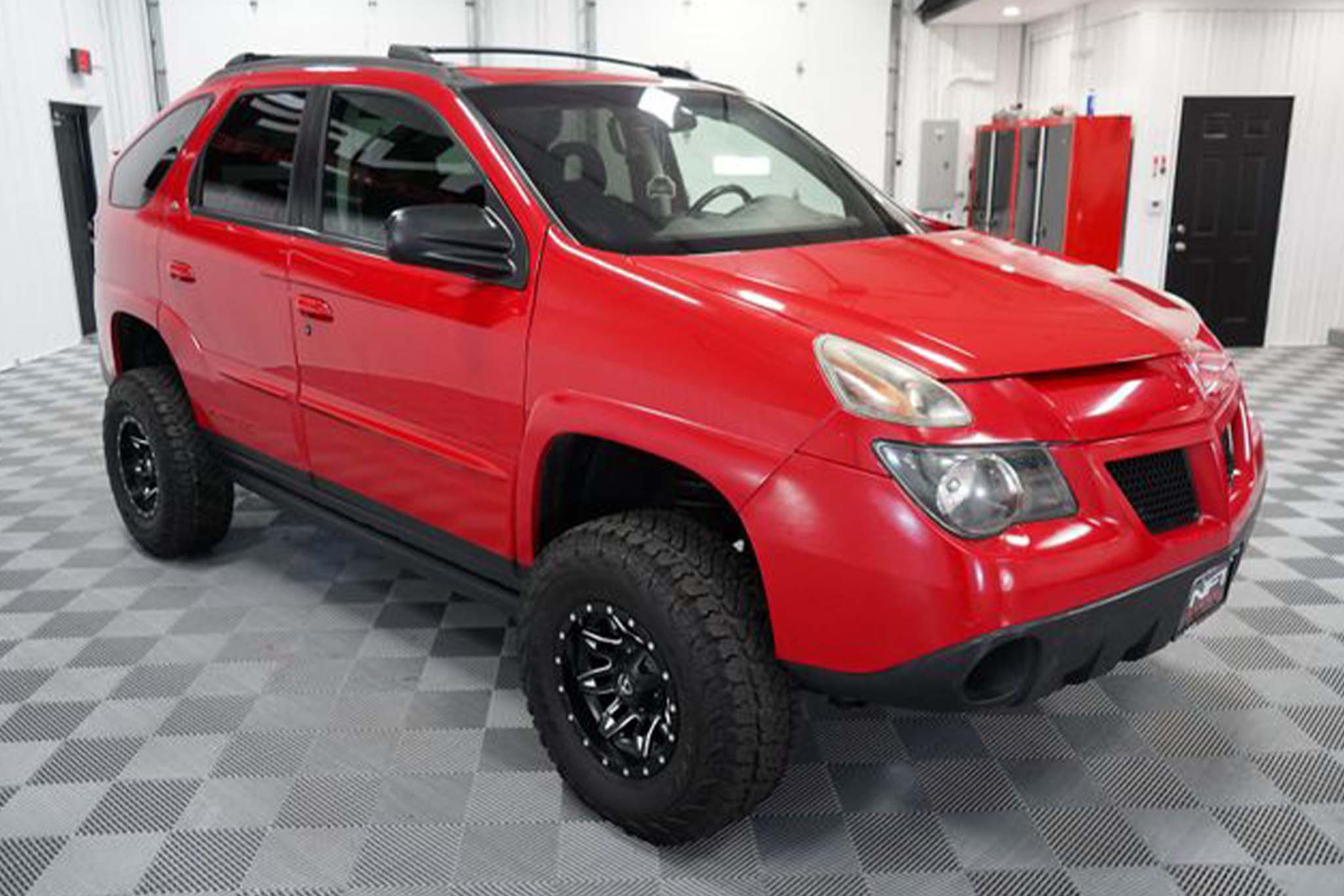 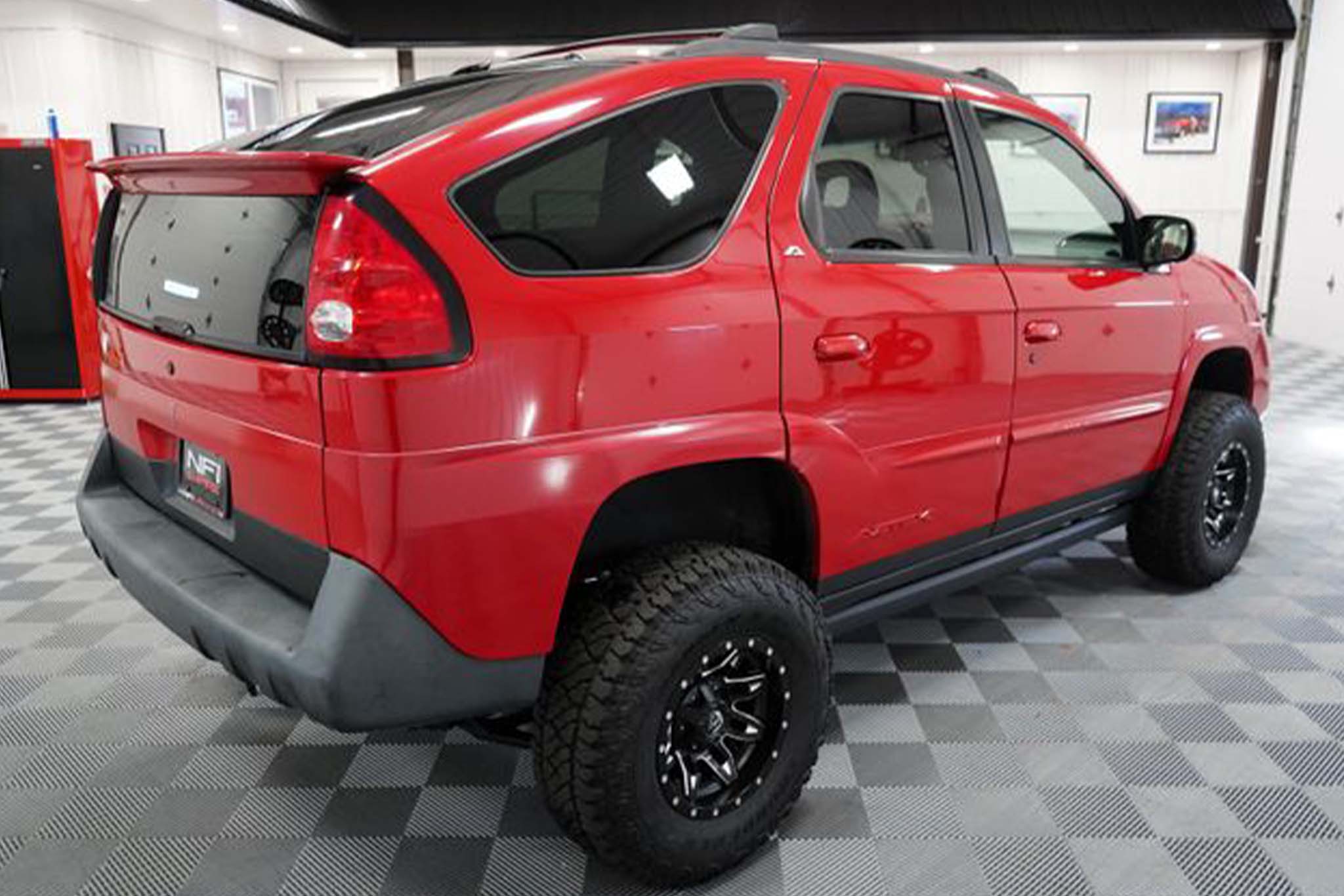 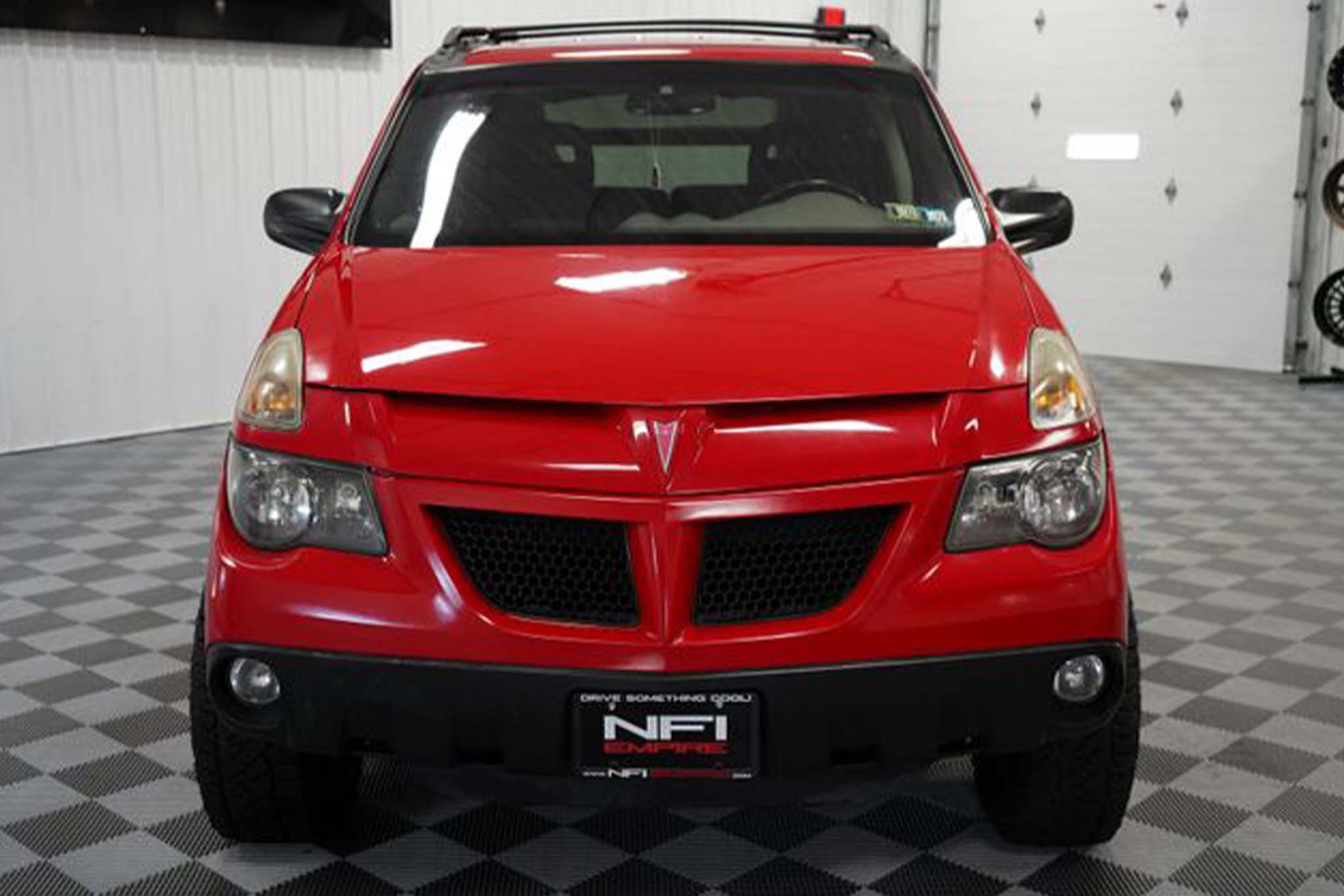 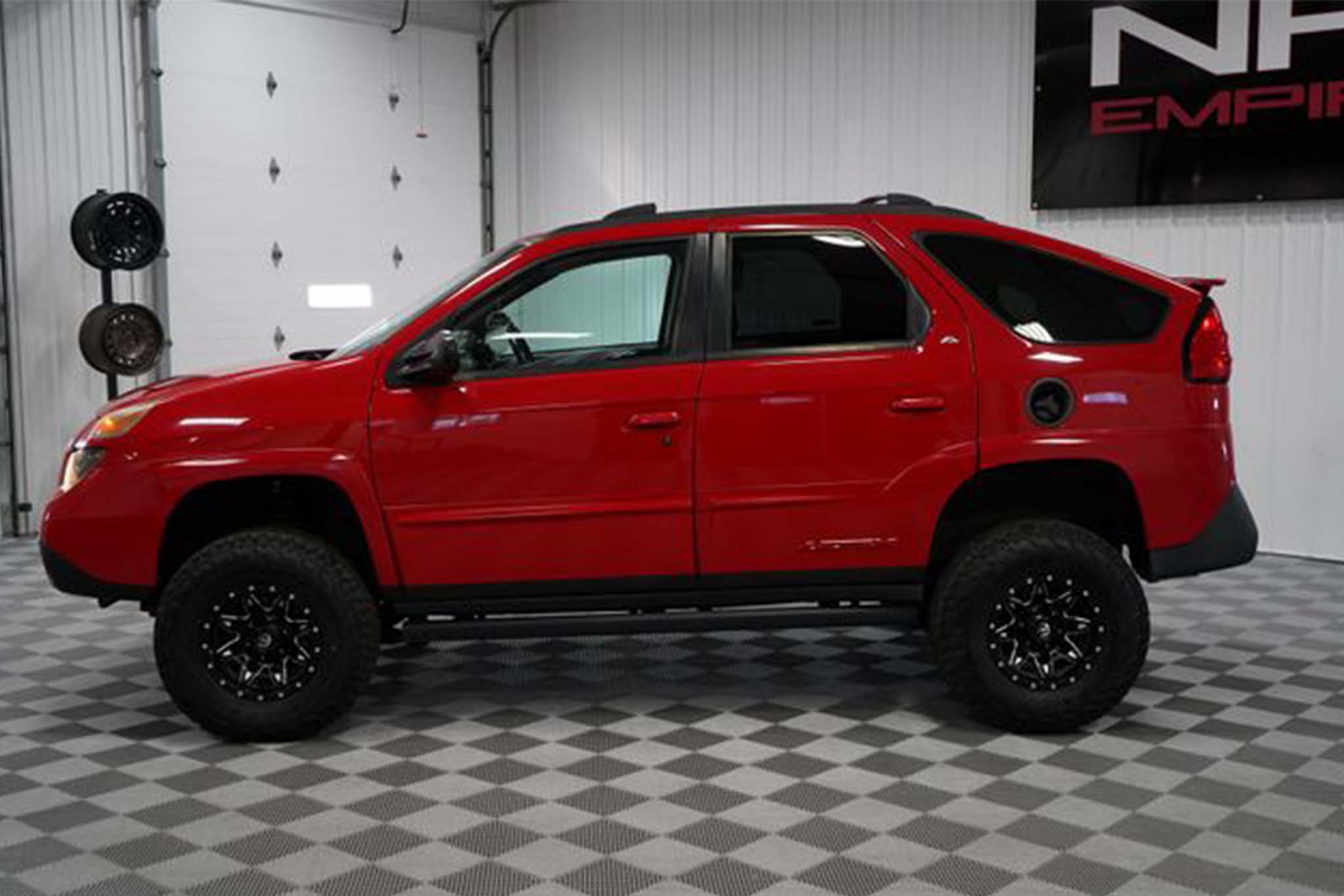 Now, let’s not confuse this for a high-dollar build. The tires are Thunderer Rangers, not BF Goodrich KO2s, and the 15-inch wheels are Fuel rollers instead of beadlock Methods. It makes sense, really, because no matter how much money or mods you throw at it, it’ll always be an Aztek. Not punching down here, just calling it like it is.

The interior matches the exterior with tri-tone seats that look like they’re made of some kind of faux suede. It’s clean, for sure, and it looks like there’s even an upgraded Pioneer sound system—a must for hitting the trail with your buds. There’s a lot of open air underneath the car, though, so it might be wise to invest in some skid plates if you really plan on wheeling this. 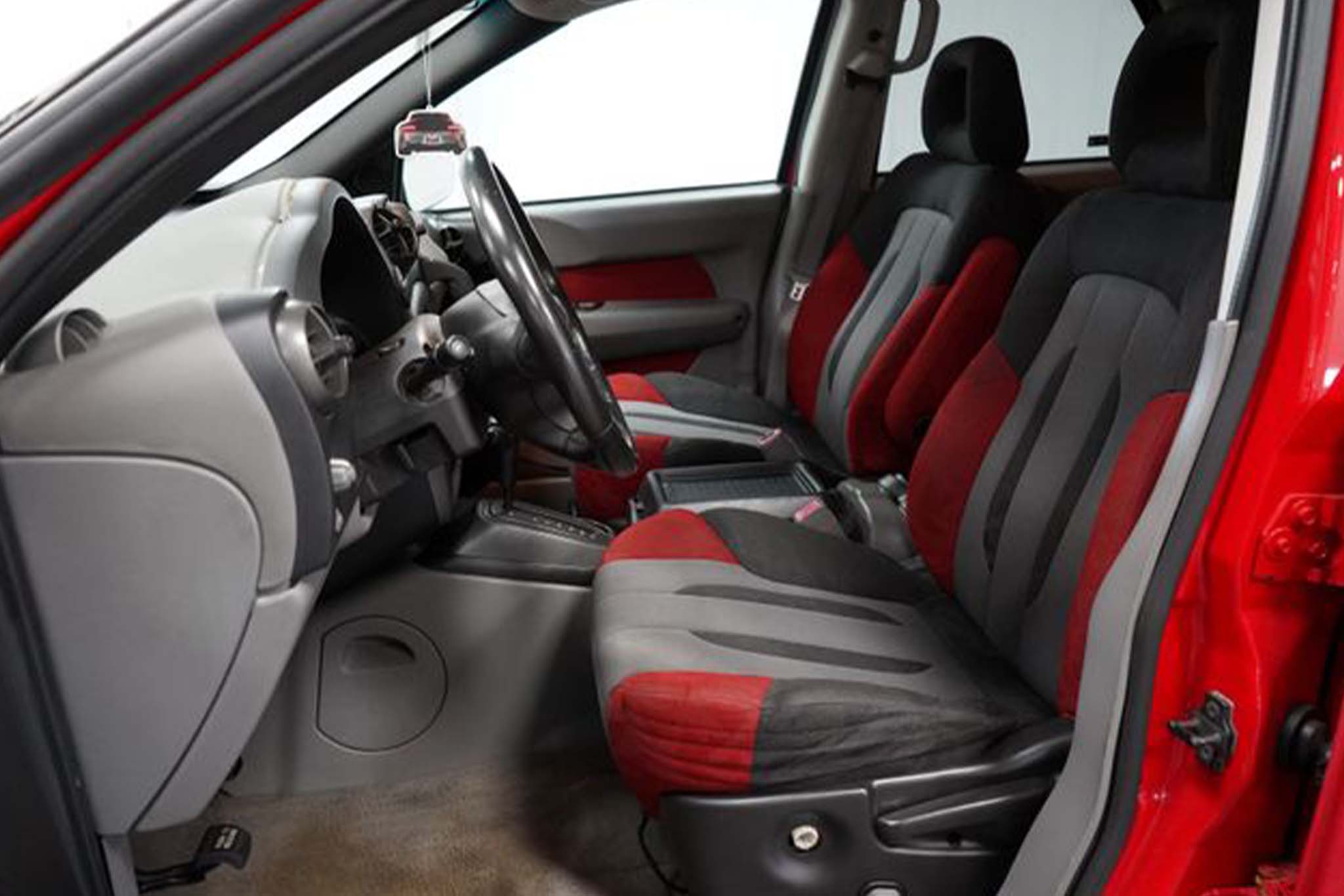 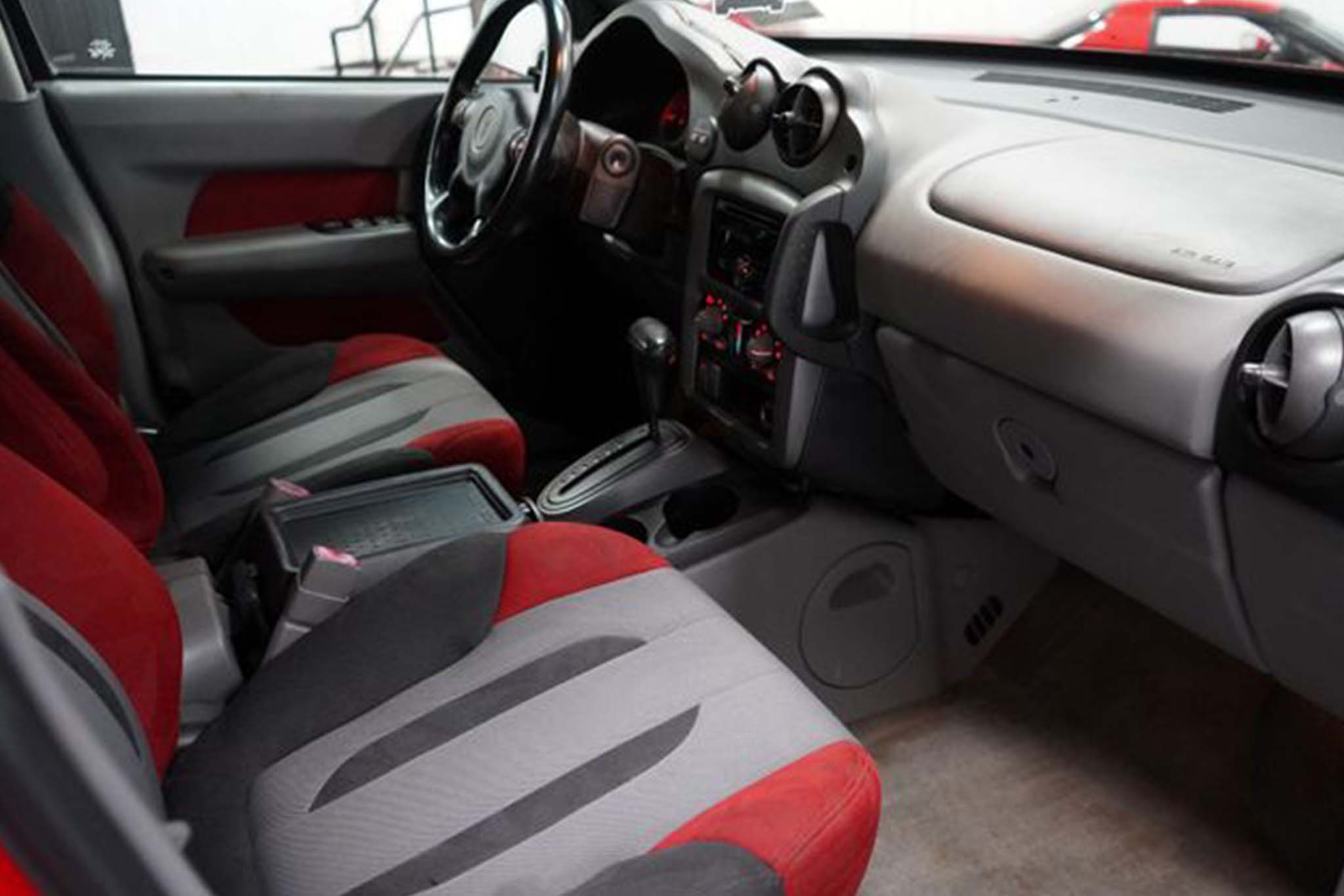 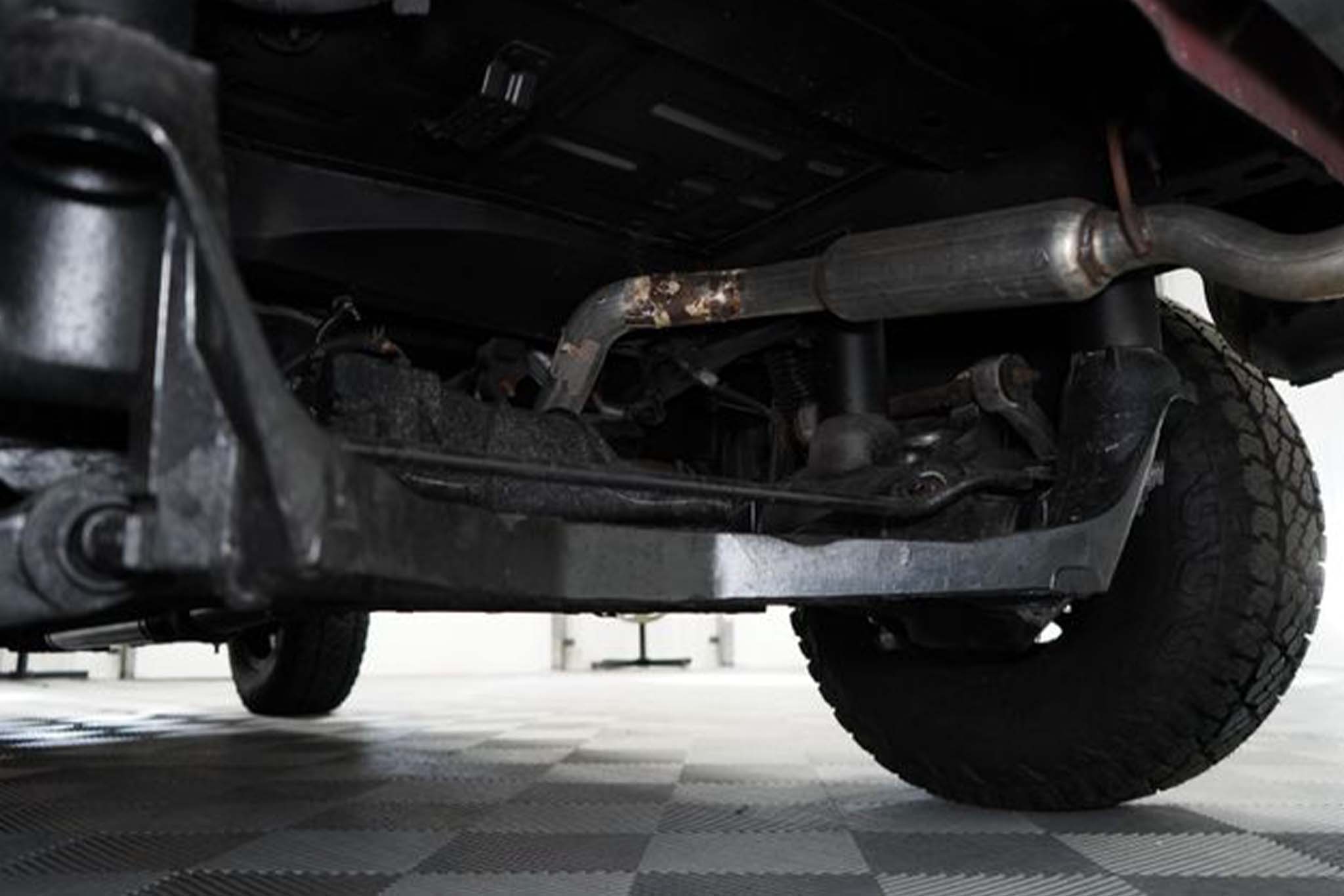 It might be best that you don’t, actually, because you could find plenty of beater Azteks for way cheaper given this rig’s asking price of $14,991. For that, you get a one-of-a-kind “truck,” but that’ll have to be enough on its own because this won’t follow an Isuzu Vehicross everywhere it goes. That’s the GM off-roader from this era that you really want—if you can find one—and it’s not like the Isuzu comes up short on crazy looks.