Through the pine trees and on the ground all around we could see the dismembered remains of a Divco milk truck, and a 23-window Volkswagen bus. What is going on here were our thoughts as we drove up the mountainside to see our buddy Randy Grubb’s latest hand-formed aluminum creation.

The year was 2017 and STREET RODDER was in Southern Oregon to take in the 40th Annual Medford Rod & Custom Show and visit a few friends. We stopped by Bob Drake Reproductions in Grants Pass, watched Mike Brewer film the Austin-Healy 3000 episode for Wheeler Dealers and then called Randy to ask if we could swing by. As evidenced by our photos of the early stages of construction it didn’t take Randy long to build the Magic Bus from the ground up. The engine is 455-inch Oldsmobile Toronado complete with a GM TH425 automatic transmission. The TH425 is the front-wheel drive cousin to the GM TH400. STREET RODDER will broadcasting live and posting to www.streetrodder.com from the 70th Annual Grand National Roadster Show. 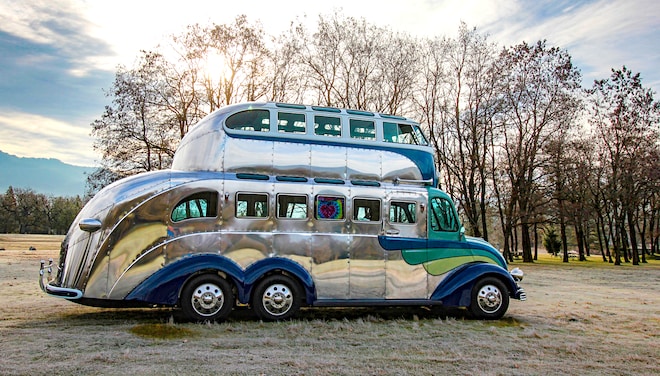 And now the canned release, “Automotive artist Randy Grubb, creator of Jay Leno’s Tank Car, the B-702, Piss’d Off Pete, the Falconer Dodici, the DecoPods, and the DecoLiner, will be unveiling his San Francisco tribute sculpture, The Magic Bus, at the Grand National Roadster Show at Pomona, California, on January 25-27, 2019.

The 1960s Haight-Ashbury inspired bus incorporates the nose of a 1947 Divco truck, America’s iconic milk truck, and a 23-window Volkswagen Kombi van. The chassis is from a 1973 GMC motorhome and the vehicle is powered by a 455 Olds engine. Grubb fashioned the front bumpers from those of a ’49 Plymouth and a ’57 Corvette, while the rear is styled after the ’59 VW bus bumpers. 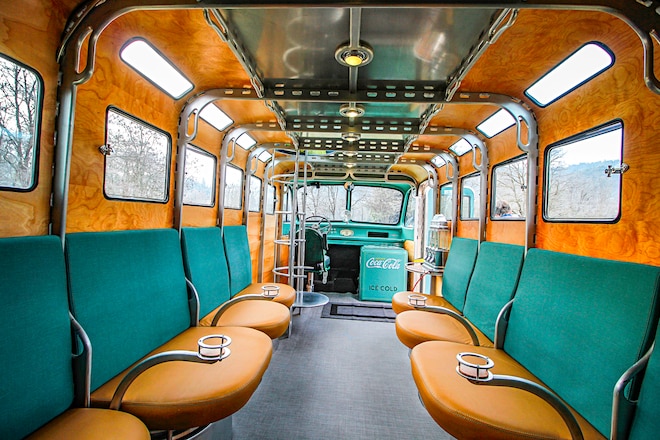 The knockout flourish to the Magic Bus is its elevator, powered by an ATV winch motor and pulleys hidden beneath the floorboard. Its design was inspired by the transport tube in the Jupiter 2 from the iconic 1960s Lost in Space television series.

Grubb created the Magic Bus for The Battery, a private members club in San Francisco, to be used for taking members to events outside of The Battery, and to be chartered by members for private use. A frequent use is likely to be experiential wine tours to Sonoma and Napa.”

To learn more about the magical coach crafting work of Randy Grubb read From Mind to Metal authored by Randy Johnson. 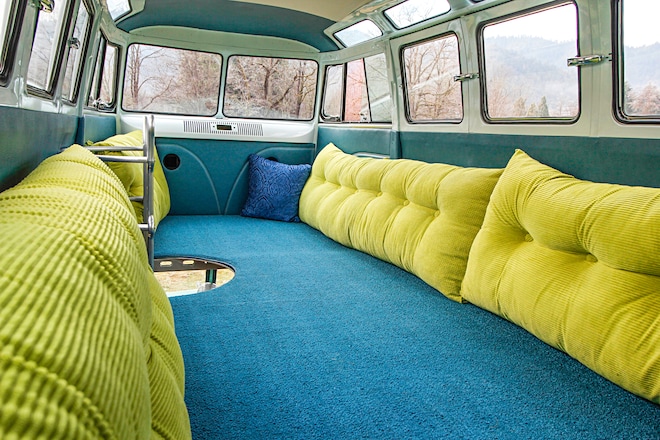