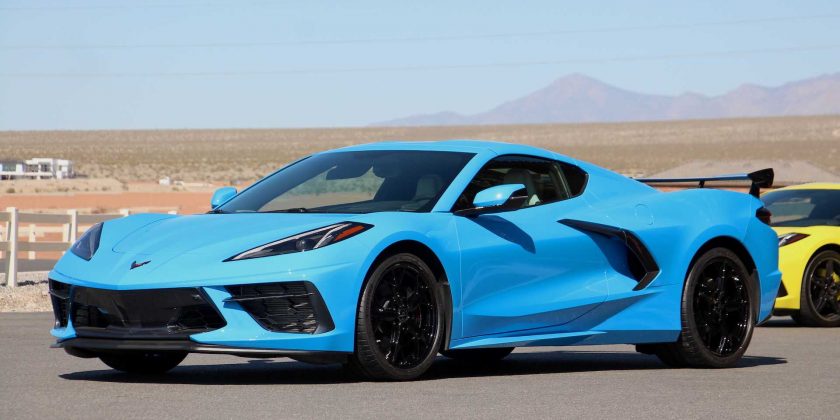 One does, but only with a hefty markup.

Here’s an awkward story to get you through the middle of the week. That is, we imagine it’s awkward for officials who run the Georgia Lottery. For a Georgia resident named Dennis Kahler, we suspect it’s just a big fat ball of frustration. For readers, it could simply be one big facepalm event on all sides of this saga.

Here’s the deal. According to Corvette Forum, Kahler picked up a scratch-off Georgia Lottery ticket and won a new C8 valued up to $107,000. In addition, Kahler also reportedly won $250,000, and everything was allegedly confirmed to Kahler in a letter from Georgia Lottery. However, a designated car wasn’t set up ahead of time, nor was an order slot established for the winner. It seems the plan was to simply coordinate a Corvette purchase through local Chevrolet dealerships when (or if) a winner was crowned. Sounds good, in theory anyway.

Unfortunately, lottery officials apparently didn’t realize that C8 demand was just this side of insane. One dealership reportedly had a car available, but would only sell it with a $10,000 markup. According to Corvette Forum, Kahler found that arrangement unacceptable and allegedly said he wasn’t “giving up the money on my purchase by using them.” Meanwhile, other dealerships were happy to offer a new C8 at MSRP as soon as they could get one, which could be months. One location offered to place an order in the third quarter of 2021, but still couldn’t guarantee a delivery date.

At this point, it’s unclear what will happen next. Kahler reportedly has lawyers involved; it seems he wants a very specific Corvette and despite total winnings of well over $300,000, he’s not interested in paying over sticker price. It’s unclear if lottery officials had contact with General Motors in the planning stage, but not all such contests lead to confusion. Dream Giveaway already announced the winner for a pair of Corvettes – a 1962 restomod and a new 2020 C8 – to its contest that concluded on December 31 and there’s no issue delivering the prizes.