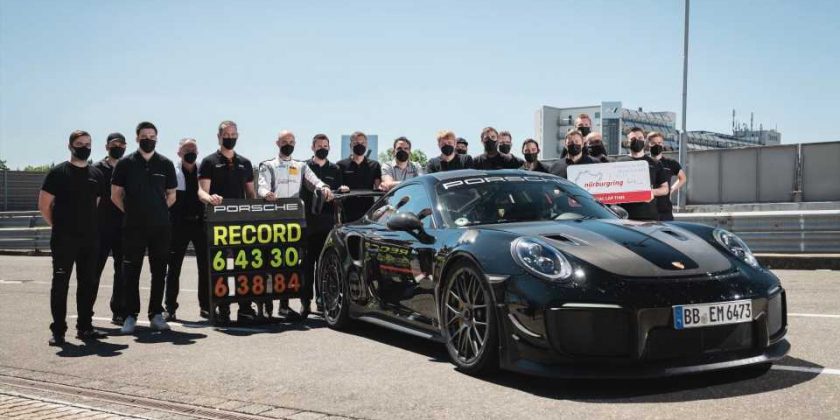 When it comes to fast production cars, there’s no credential that has quite the same cachet as a quick time around the Nürburgring. Better still if your car can set the fastest lap, which provides a huge boast for your marketing team to play with once you lock it down. Porsche reports that it has done just that with their 911 GT2 RS, lapping the 20.8 km Nürburgring Nordschleife in just 6:43.300 to clinch the production car record.

The time was set on June 14 with a notary present, as has become routine to head off any challenges to the veracity of the achievement. At the wheel was Porsche driver Lars Kern, who recently set the SUV record at the ‘Ring in a Porsche Cayenne, too.  The reported time bests the record held by the Mercedes-AMG GT Black Series by a full 4.747 seconds, with the Porsche achieving the feat on Michelin Pilot Sport Cup 2 R tyres, and clocking an average speed of 185.87 km/h. 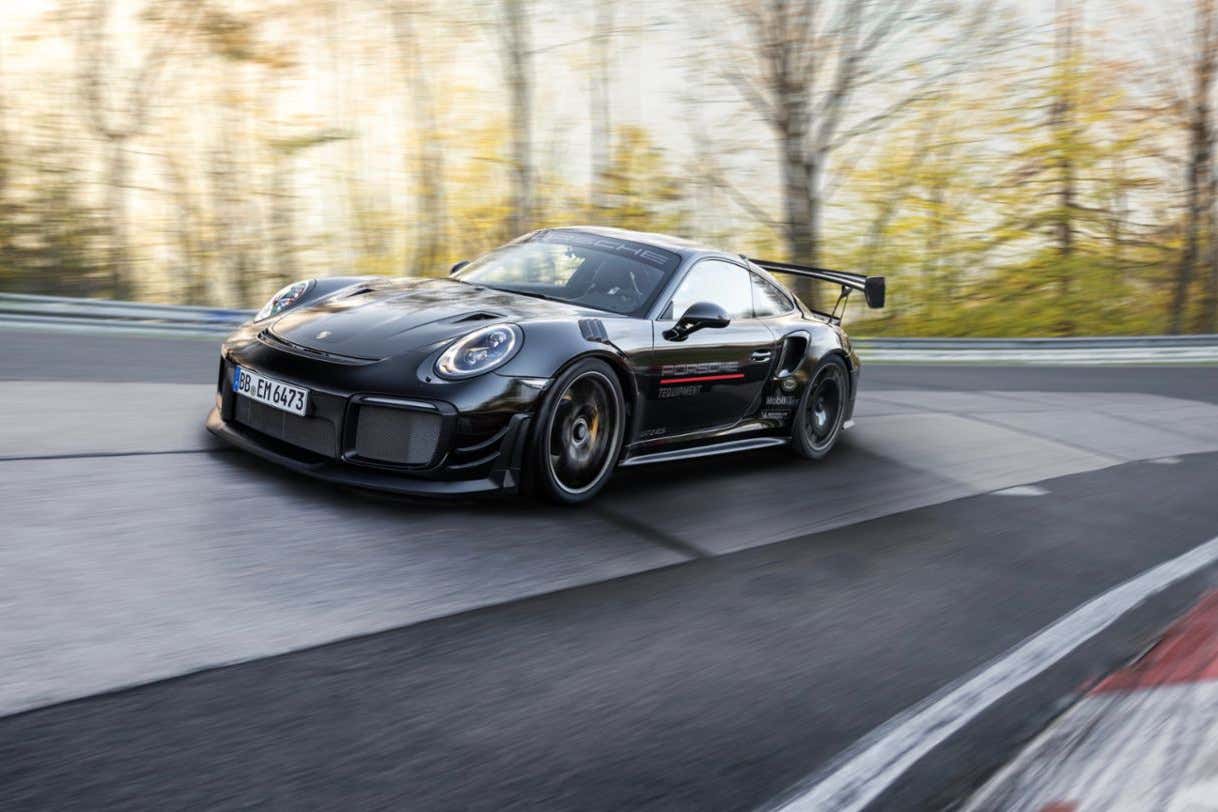 The lap time was achieved with a black 911 GT2 RS, equipped with the Manthey Performance Kit. Boasting 515 kW from its twin-turbocharged 3.8-liter flat six, the car is capable of a devastatingly quick 2.7 second 0-60 mph sprint and has a top speed of 340 km/h. Power is put to the ground through a 7-speed PDK gearbox, and carbon ceramic brakes at each corner help reign the vehicle in when approaching corners at ridiculous speeds. 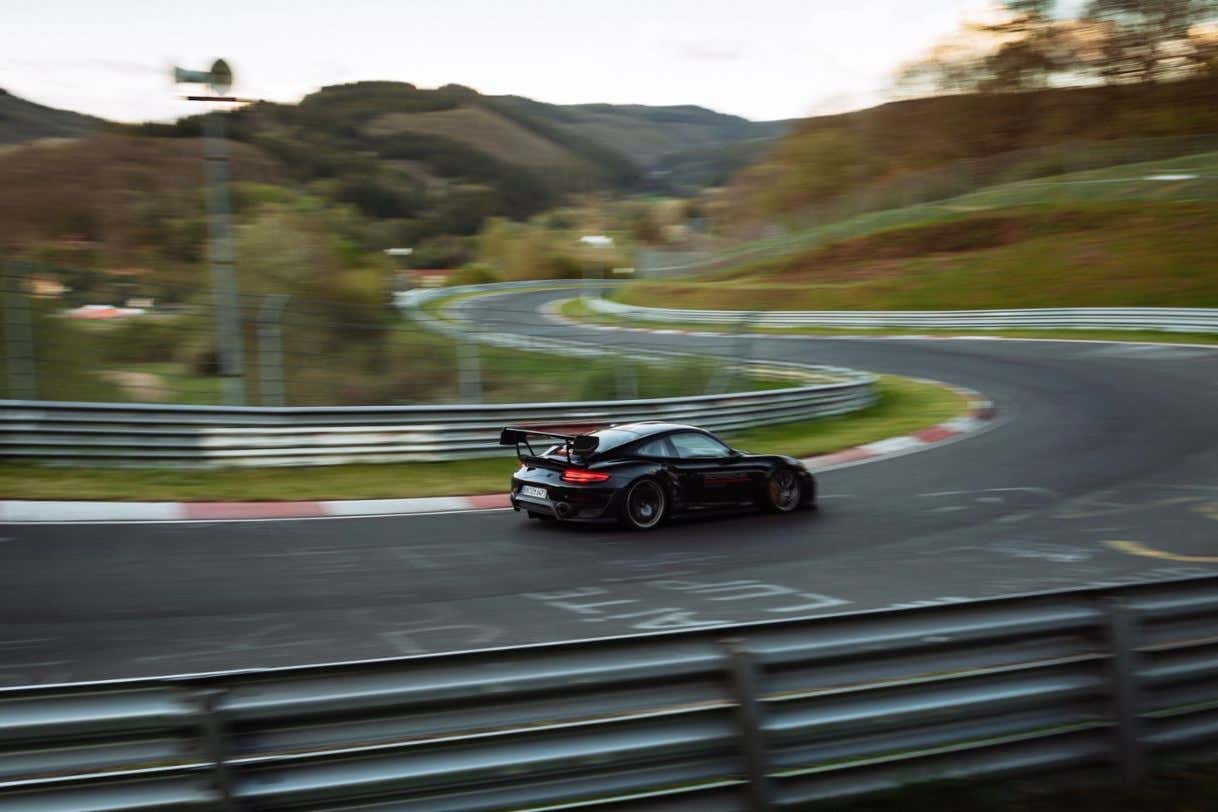 The Manthey kit equipped on the vehicle consists of multiple parts aimed at producing the ultimate on-track performance. There are aerodynamic upgrades, including extra flaps on the front spoiler and a carbon underbody, along with a modified rear diffuser and even aerodiscs on the rear wheels. The new parts have a significant effect, increasing downforce at 200 km/h from 49 to 70 kilograms up front and from 93 to 200 kilograms at the rear. Other mods include special brake pads and brake lines and track-focused adjustable coilovers, along with the lightened wheels also available in the Weissach Package. It’s currently only available in Europe through Porsche Tequipment, however a Porsche spokesperson has told The Drive that the package is under consideration for the US market in 2022. 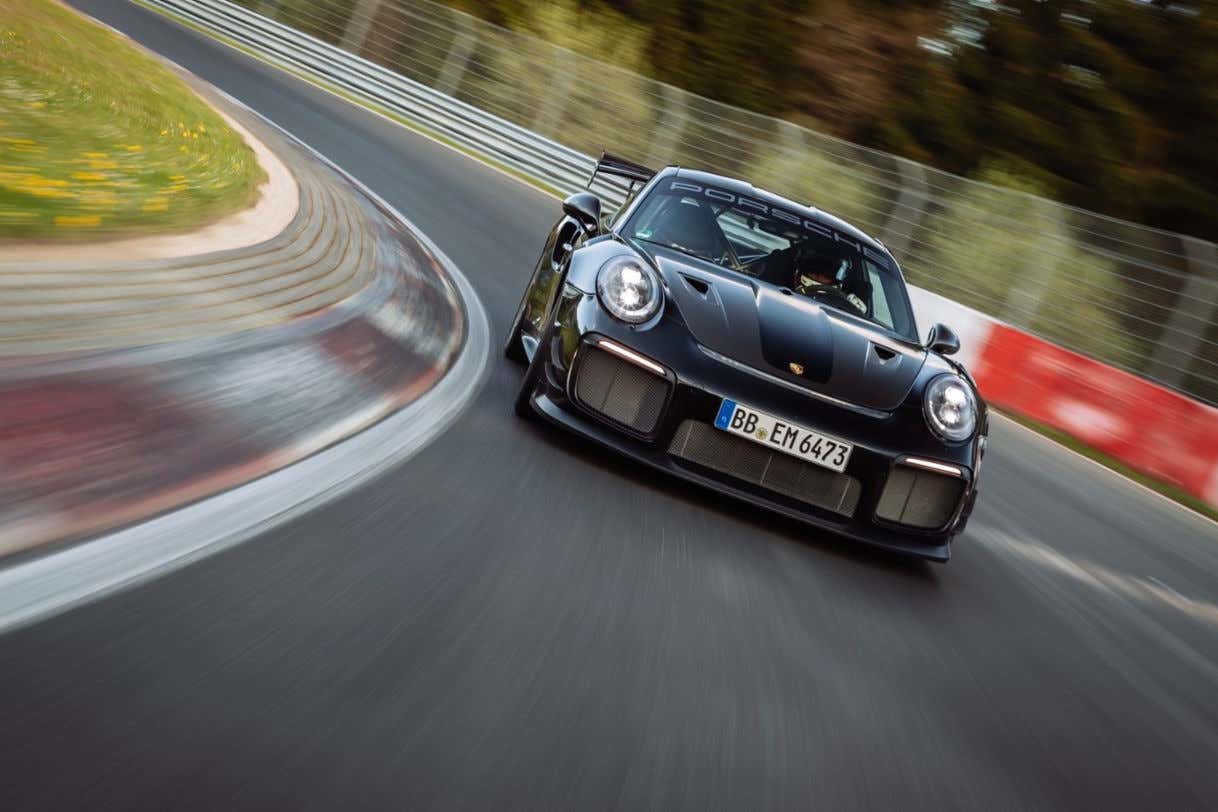 Interestingly, there’s also an oversized tank for the intercooler water sprayer, adding 9 liters to the system’s capacity. This helps keep intake temperatures low on long runs, with the larger volume allowing the system to run longer between refills. Given the long length of the Nordschleife circuit, the extra fluid may have been key to keeping the car running at peak power for the full lap. 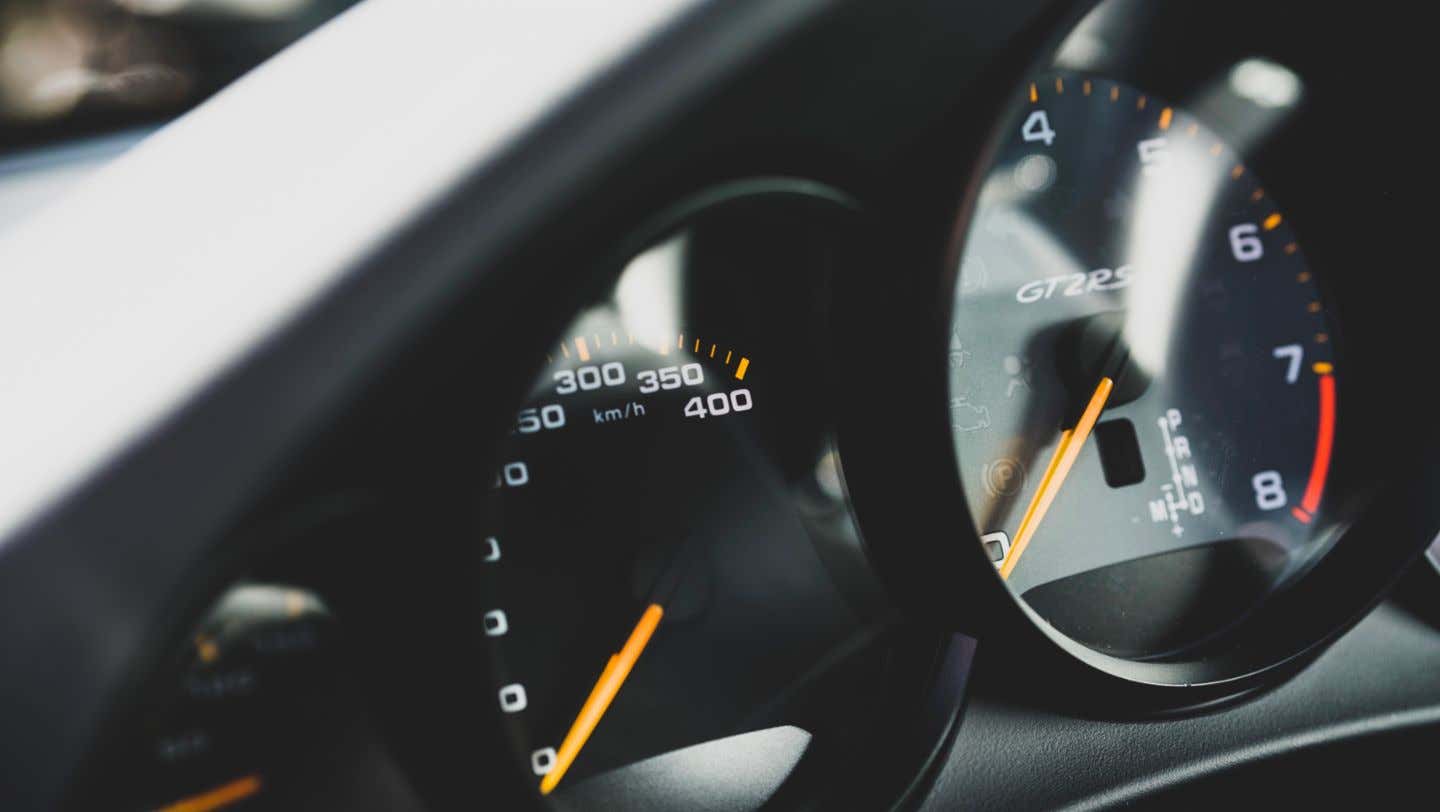 A 400 km/h speedometer tells you you’re sitting in some serious machinery.

For those keen to scrutinize the claims, Porsche has provided a video of the record run, as has become expected in recent years. While that can’t be embedded here, the hype video about the event is available below.

The record doesn’t yet appear on the Nurburgring site, but we would expect to see that updated in due course. It does bear noting, however, that while Porsche claims the car has set the fastest production car lap, the car in question sported an upgrade kit that was not available at the time the vehicle was actually in production—given that the 911 GT2 RS was only built up until the 2020 model year. With that said, the parts are available from Porsche and come with a warranty, so much quibbling will be had over what does and doesn’t count as a legitimate production car. Have at it in the comments.

With Porsche claiming the title, it’s likely that a few other automakers will be considering their options to wrest back some glory for their own stable. It should also help score some sales for the Manthey Performance Kit amongst existing 911 GT2 RS owners who want full bragging rights the next time they head to the track.