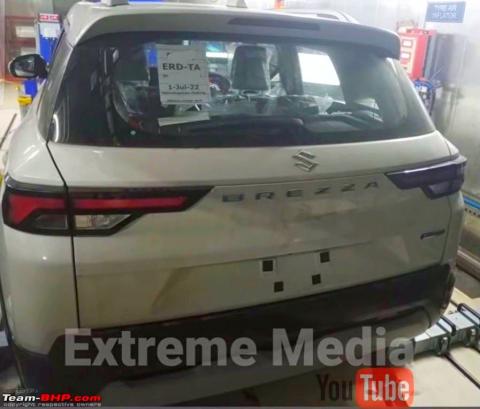 The Maruti Brezza could be offered with a 6-speed automatic transmission equipped with paddle shifters.

The Maruti Suzuki Vitara Brezza is due for a major update next year. According to a media report, the crossover is likely to debut by mid-2022.

Spy images have confirmed that Maruti will drop the ‘Vitara’ prefix this time around. The Brezza will also receive a refreshed exterior featuring a new grille and slim twin-pod headlamps with L-shaped LED daytime running lights. At the rear, the rectangular taillight clusters will be replaced with slim L-shaped units.

On the interior, the new Brezza is likely to get a larger touchscreen infotainment system, a conventional twin-dial instrument cluster and a sunroof.

The new Vitara Brezza is expected to use the same 1.5-litre petrol engine as the current car. It produces 104 BHP and 138 Nm. It’s likely to be paired with a 5-speed manual and a 6-speed automatic instead of the 4-speed slushbox. The latter is expected to come with paddle shifters.