Light is right for the best McLarens, and the best wallpapers too! 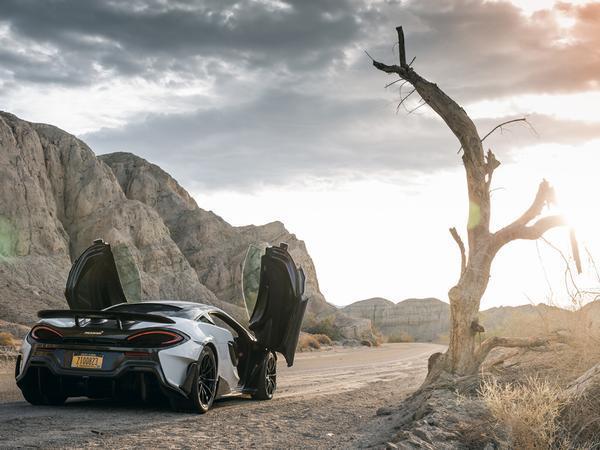 Is there anything left to say about the McLaren 600LT? Well just a little bit, we think, even with a glowing track review and an equally positive road test. Or as valid a road test as can be gleaned from tarmac in a Californian canyon…

Given the drama of location and vehicle in Tuesday’s feature, it only seemed appropriate to make the most of both in this Friday’s Pic of the Week. It’s not every day you drive supercars in California, after all. So here we have the Sports Series Longtail during a rare moment of calm in what must have been a frantic few days, basking in the heat of the LA sun and the barren beauty around San Jacinto.

There is a shot of the LT with its doors closed, but everybody knows that scissor doors must be raised at any opportunity for a static supercar shot. From here as well you get the best view of what makes a Longtail a Longtail, the complex and intricate aero work at the rear actually drastically different from the Sports Series cars that have preceded it. Maybe not classically pretty but, as you’ve probably guessed by now, the LT transformation is shockingly effective.

So brighten up your desktop with a slice of McLaren’s finest; there are very few who’ll get to drive it on some of America’s greatest roads, but there’s no harm in dreaming, is there?