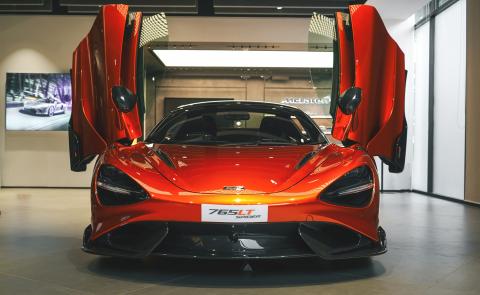 McLaren offers its entire range of supercars in India. The Artura will arrive early next year.

McLaren has officially begun its operations in India with the inauguration of its first dealership.

McLaren has appointed Infinity Cars as its official dealer partner in India. It will operate McLaren Mumbai, which is located at Prabhadevi. Besides the showroom, the facility also houses a service centre.

McLaren also unveiled the 765LT Spider during the inauguration of the brand’s first dealership in India. Based on the most potent version of the 720S, it packs a 4.0-litre twin-turbo V8 that is tuned to 765 BHP and 800 Nm. The engine is mated to a 7-speed dual-clutch transmission that catapults the car from 0-100 km/h in 2.8 seconds.

McLaren offers its entire range of supercars in India. The 720S costs Rs 4.65 crore, while the Spider version retails at Rs 5.04 crore. The McLaren GT is priced at Rs 3.72 crore (ex-showroom).