New Trophy-R is 130kg lighter than standard – and 3.8 seconds quicker than a Civic Type R 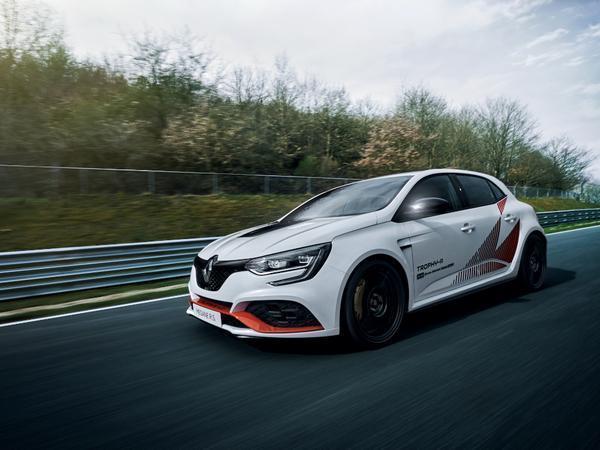 We speculated, and the PH crystal ball was correct… The camouflaged Megane R.S. Trophy R that was spotted at the ‘ring last month, has gone and knocked the Honda Civic Type R off its top spot, likely oozing with smugness as the French team stepped up to the podium’s top step with a time of 7 minutes and 40 seconds – a whole 3.8 seconds faster than the bonkers Civic – and incredibly 37 seconds quicker than the its big brother the R26.R.

So, what has Renault done to make the Trophy R such a success around the track? More power? A hideous wing? Nope, the French have stayed pure and stuck to three core principals; “maximum weight reduction, reworked aerodynamics and a more radical development of its drive axles”. This means that the Trophy R has the same 300hp engine as the normal Trophy, but it seems to have been on a hardcore, no-carb juice diet as it’s lost a whopping 130kg. Combine that with an Akrapovic exhaust, Brembo brakes, Ohlins dampers, improved chassis dynamics plus some fancy tyres from Bridgestone and you get a familiar idea of how the feat has been achieved.

Right now, Renault hasn’t specified precise details on the hardware changes or what the weight loss entails, but we expect it to be roughly the same recipe as the previous Trophy R, so options for no air con, no radio, lithium ion battery – you get the gist. However, with it clearly retaining it’s rear doors, will it keep it’s rear seats? If so, we’ll be waiting with bated breath to see how they managed it. And with the public debut just 3 days away, luckily we won’t have to wait long! 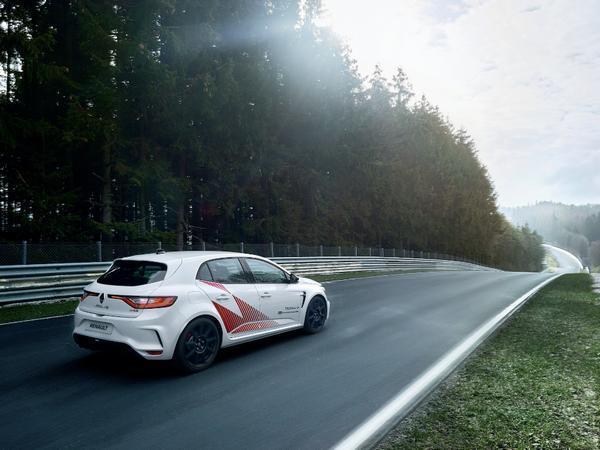 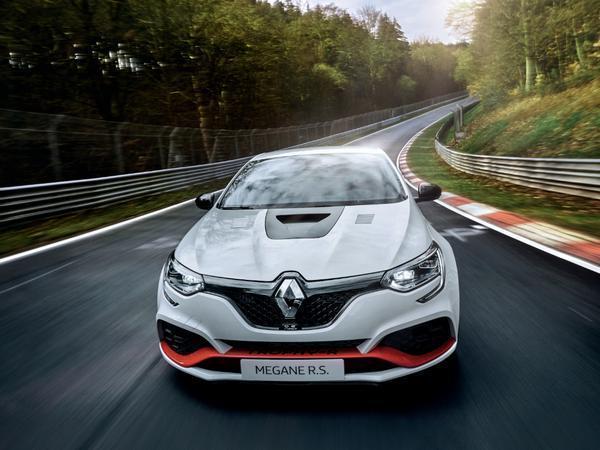