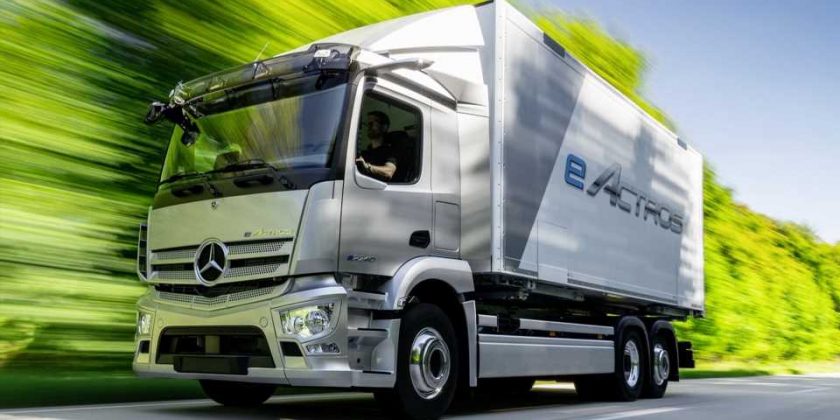 City delivery trucks are perfect testbeds for electric commercial vehicle tech. Of course, the people at Mercedes know that, as well as everyone at Freightliner or any other company that’s developing battery-powered Class 8 machines. The numbers might not have been impressive enough for some transport companies to adopt before, but with the 536-horsepower Mercedes-Benz eActros, it’s probably starting to make more sense.

To be clear, these big rigs are only rolling out in Europe, though ones like them will make their way to the United States in due time. The eActros has a quoted range of 248 miles, which is better than it sounds considering it’s not meant for long-haul duty, and it can recharge quickly with the proper infrastructure. Using a 400A DC fast charger, Mercedes’ electric truck can go from 20 to 80 percent charged in a little more than an hour. 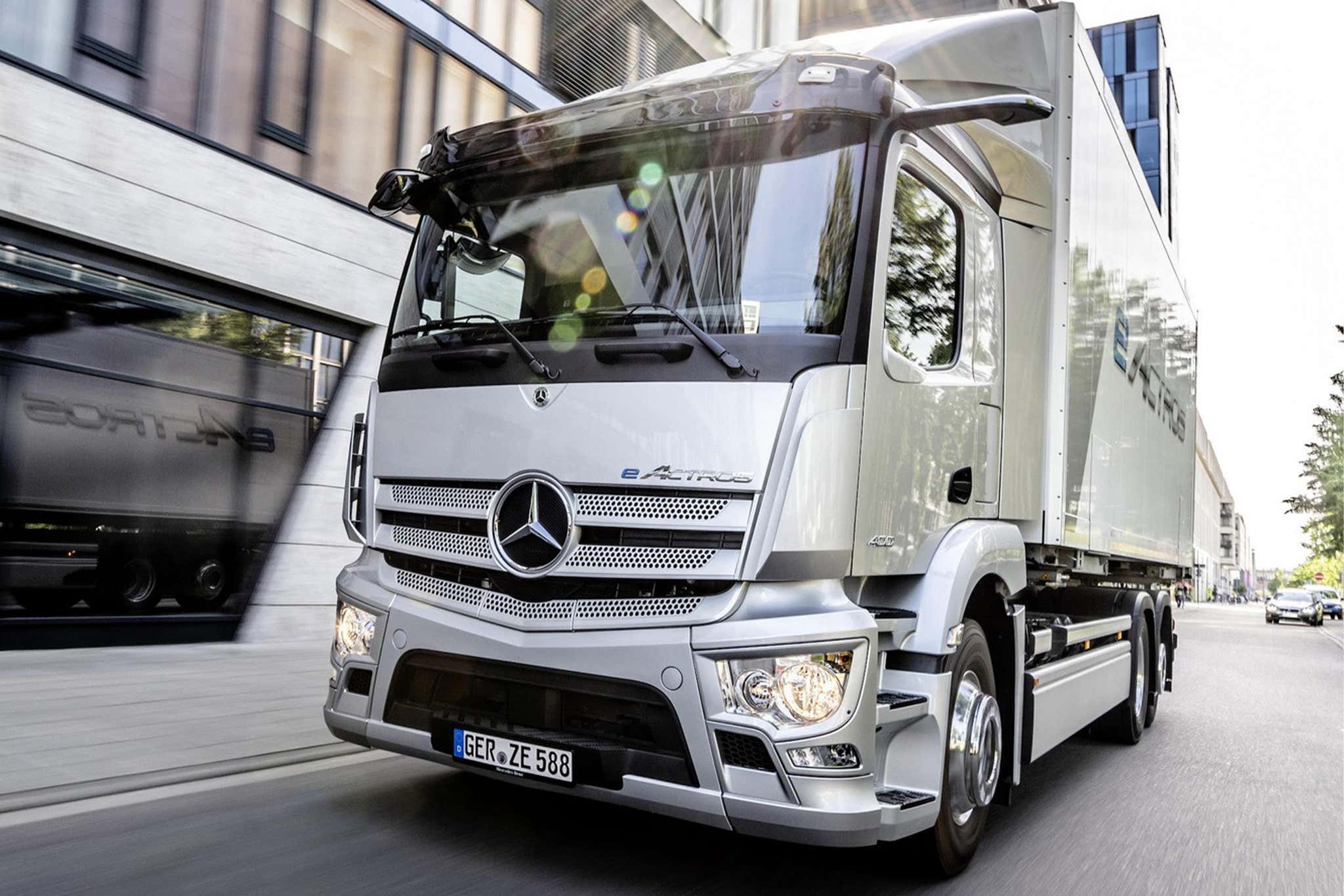 None of this means anything if it can’t work, of course; luckily, Mercedes builds eActros models with 18- and 25-metric-ton gross vehicle weight ratings (GVWR). That’s a good amount of payload capacity, even when you figure in the batteries, which are still hefty but about on-par with large-displacement diesel engines of today.

The eActros can be spec’d with either three or four battery packs that measure 105 kilowatt-hours apiece. That means they’re packing as much as double that of the new Hummer EV, which attributes roughly 1,000 pounds of its ungainly curb weight to said batteries. In the Benz’s case, they’re responsible for powering a pair of liquid-cooled, axle-mounted electric motors that provide roughly 442 hp continuously with a peak output of 536 hp.

Rather than an engine brake, the eActros is aided by regenerative braking that engages when off the throttle. This is dual-purpose, of course, since it also scavenges energy and feeds it back into the battery packs to extend the range as far as possible. 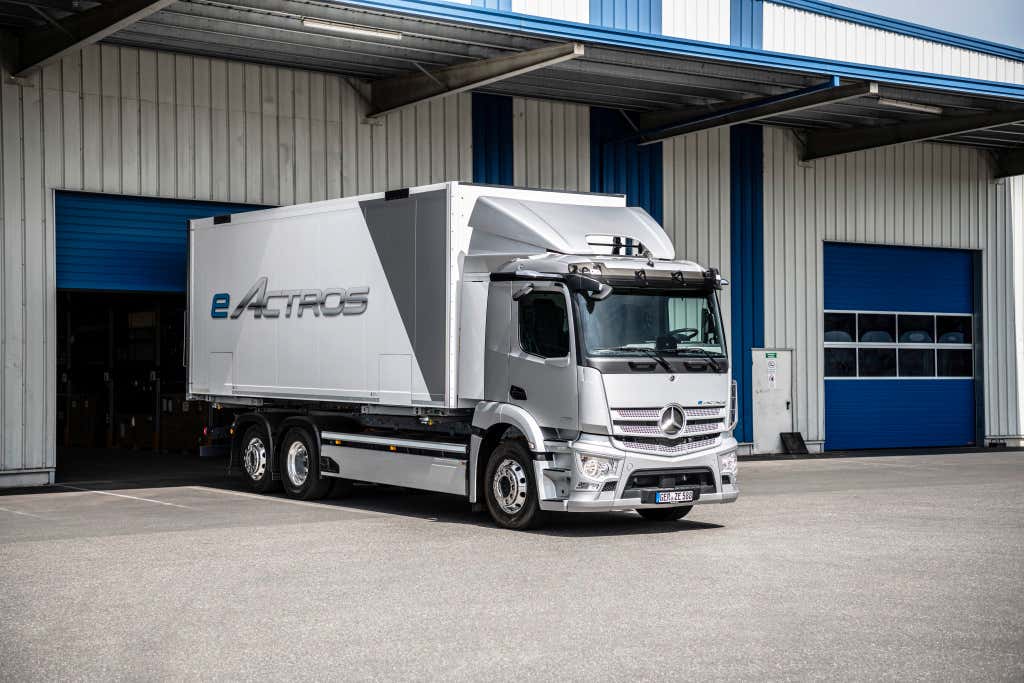 Mercedes plans to transition its entire heavy truck lineup to electric by 2039, which doesn’t seem especially relevant to us as Americans, but you’ve got to remember the brand’s ties to Freightliner and Western Star. The former already has its eCascadia tractor, which runs solely on electricity and boasts a GVW of 82,000 pounds with 250 miles of range fully loaded.

This will require strategic fleet planning so battery-powered trucks can maximize their uptime and recharge when it makes sense to do so. Mercedes offers packages to help fleet dispatchers monitor battery usage and set up on-route charging stops for drivers, who can also view charge levels on their infotainment screens.

The 2022 Mercedes-Benz eActros is set to roll of assembly lines this fall, and no one has said how much it’ll cost—again, that doesn’t matter too much to us since we can’t buy one anyways. Just don’t be surprised to see similar tech make its way to our interstates and city streets by way of Mercedes’ U.S. heavy truck brands.