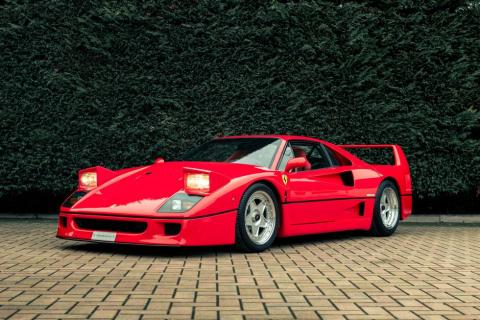 The UK dealership doesn’t list the asking price of the Ferrari F40.

The supercar is said to have run just 3,440 miles (5,536 km) and is said to have been given a complete overhaul by Autofficina Bonini Carlo S.r.l. restoration shop in Italy. The car has also received its Ferrari “Red Book” Classiche certification which confirms it has the original chassis, body panels, engine & transmission. The F40 is said to be carrying chassis no. 087007 and is said to be one out of just 27 examples originally delivered in Spain.

This though isn’t the first time Toto Wolff has sold a part of his collection. In 2021, the Mercedes F1 team boss sold three of his cars, including a LaFerrari Aperta, an Enzo and a Mercedes-AMG SL65 Black Series, through Tom Hartley JNR. Back then, reports suggested that the reason for Wolff selling his cars was that he didn’t have the time to drive them.

The UK dealership doesn’t list the asking price of the Ferrari F40, although considering its iconic status and adding Wolff’s ownership, it is expected to get quite a premium over the standard.