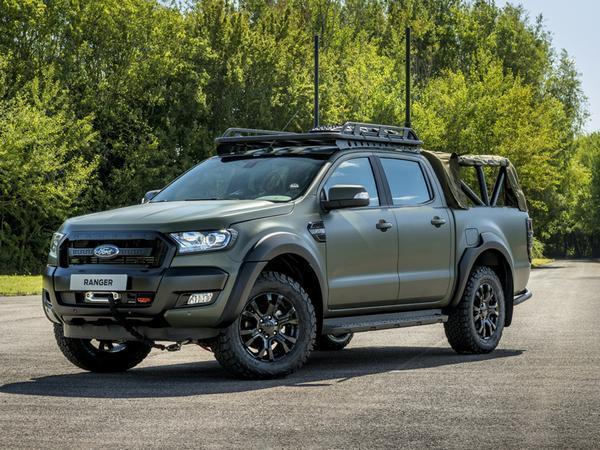 British engineering firm Ricardo is apparently bidding to plug the gap left by the long-departed Land Rover Wolf with a new militarised pick-up based on the Ford Ranger. Using its extensive experience of building vehicles for the army – which most recently includes launching its new Combat Vehicle Reconnaissance tank – the company that’s also famous for building McLaren’s V8 motors has produced what it calls “a highly cost-effective multi-role transportation product for defence and other security-related applications”. It also looks brilliant.

As you might expect for a car developed with conflict zones in mind, the Ricardo-enhanced Ranger gets a long list of defence and attack features. These include a ring-mounted weapon system, like the one fitted to the legendary Wolf, an armoured ballistic underfloor and armoured glass. There are also toughened bumpers, a rollover protection system and skid plates for the radiator, powertrain and fuel tank, as well as sill protectors and better waterproofing for deeper wading. 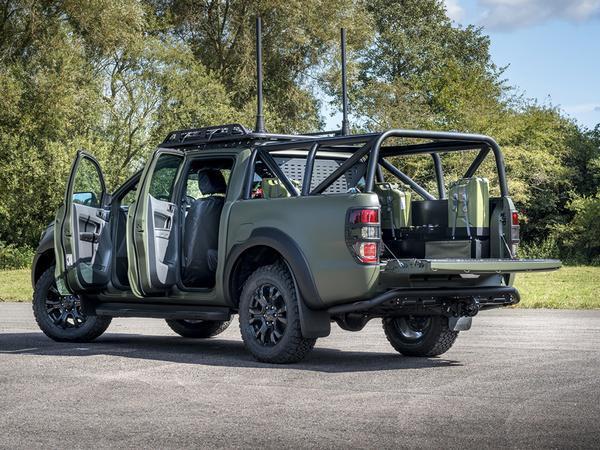 Finished in a lick of NATO green, wearing a camo cover on the rear and carrying seven jerry cans in the back for good measure, the Ranger looks more than ready for action on the front lines. For those located in hard to reach places, Ricardo offers chassis upgrades including tougher springs, dampers and brakes, along with heavy duty wheels and all-terrain tyres. The car’s 24V electrical architecture has also been enhanced to military standards, but Ricardo has felt no need to work on the Ford 2.0-litre EcoBlue bi-turbo diesel under the bonnet because it has 213hp and comes mated to a 10-speed auto.

Although primarily designed with army duties in mind, the Ricardo Ranger is also being billed as a viable option for security, police and even rescue forces. Were our EnduroKA season budget a little higher, we’d like to add trackside support vehicle to that list of responsibilities, too. Heck, we suspect there may be a few private enquiries for Ricardo’s new machine as well, given the way it looks. Fighting your way out of busy junctions might be a little easier with one of these…

Search for a Ford Ranger 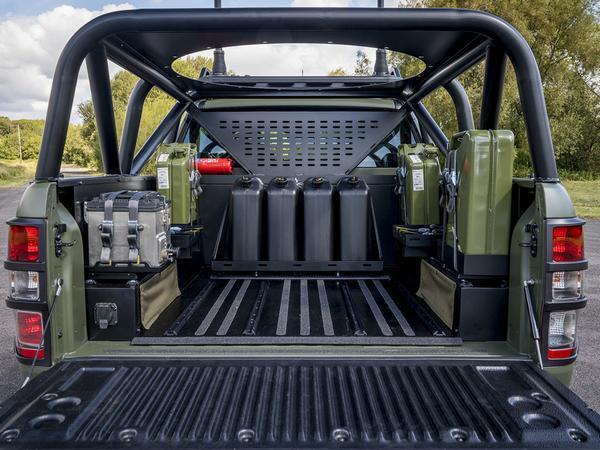 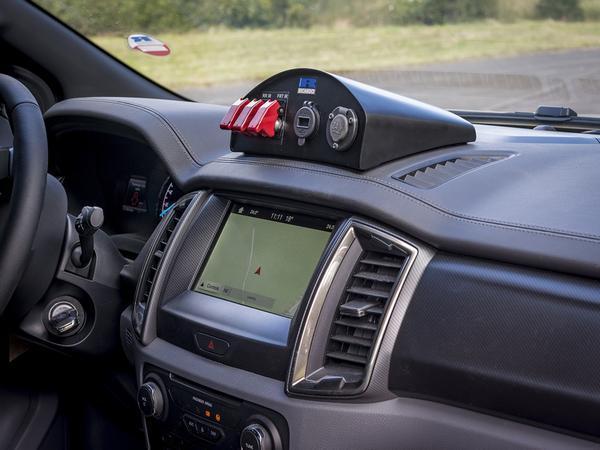 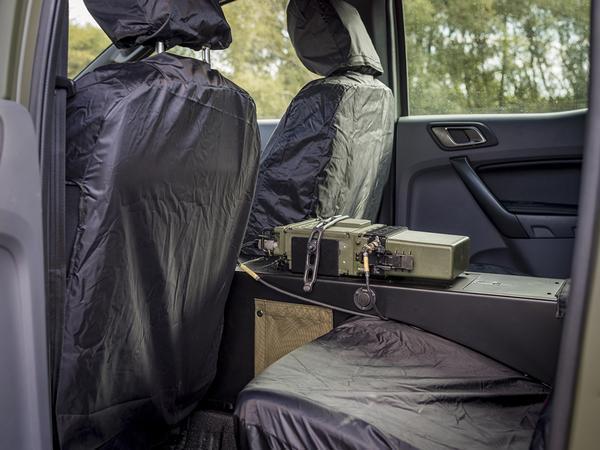