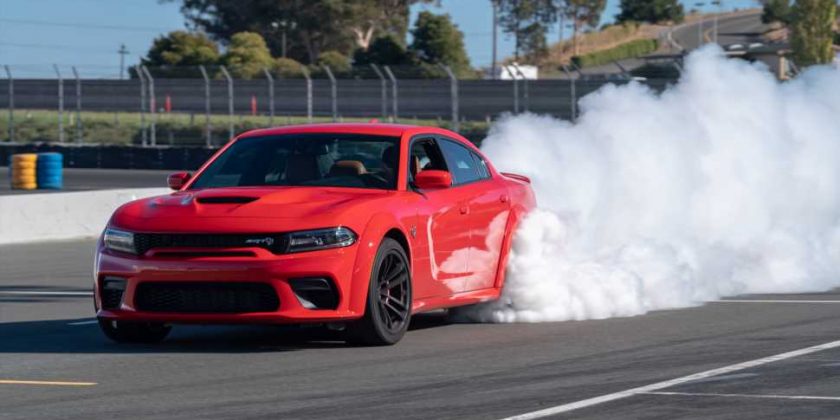 Turns out, there is more to Hellcat ownership than burnouts, burnouts and more burnouts. Namely, other cars. Charger Hellcat and Challenger Hellcat owners tend to have at least three or four cars.

Those are the two Hellcat-powered Dodges sold at the moment as the Durango SRT Hellcat is still on the way, and well, car enthusiasts gonna enthusiast. According to data from Dodge’s New Customer Vehicle Survey cited by Muscle Cars and Trucks, the average number of cars owned by a Dodge Hellcat owner is 3.8.

Meanwhile, the average number of cars owned by the average new car buyer in the U.S. is 2.8. Thus, if you see a Dodge with a certain 6.2-liter supercharged Hemi that makes at least 707 horsepower, chances are, it has a garage-mate.

The idea that there would be an extra car in a Hellcat household isn’t particularly surprising, to be honest. The Hellcat is Dodge’s halo engine, albeit one that keeps spawning more and more powerful variants along the way. The less expensive of Dodge’s Hellcat-powered models, the Challenger Hellcat, starts at $58,995. That’s a low dollar amount per horsepower, but also not exactly cheap.

Muscle Cars & Trucks notes some interesting things about this data. For one, respondents could have been listing off the number of cars in their households as opposed to the cars they personally own. The 2.8-car overall average makes a bit more sense then, given all of the weirdos I know out there who only have one car for themselves. (How do they manage? Don’t ask me.)

Furthermore, this is just data for Dodge, which means that owners of other Hellcat-powered vehicles from Jeep and (soon) Ram aren’t included in these figures. Do us proud, Ram 1500 TRX buyers. Let’s get that average up to five cars. Hell, all five can even be TRXes if you want!