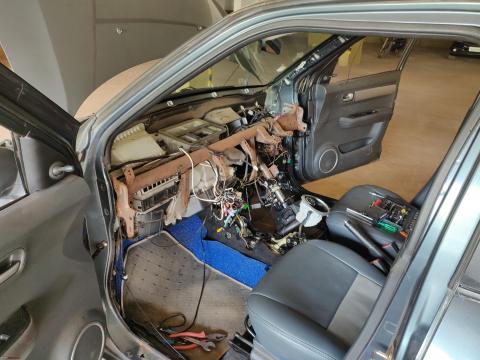 BHPian Ashtoncastelino recently shared this with other enthusiasts.

One day Dad and I visited the scrapyard to get a few connectors and I spotted a ZXi swift which was a total loss car. The damage was complete to the driver’s side. I checked if it had its BCM (Body Control Module) still attached, and to my surprise it was present! Now the main part is that this swift was having the K12M Engine and I was not sure if the BCM will work on my G13B engine. Anyways, I and dad started to remove whatever we wanted from the ZXi and once done, started to bargain on the price. I managed to take its rear door wiring harness, BCM, switches, and connectors. At last, the price was brought down to peanuts thanks to dads bargaining skills.

Now you may ask why swap the BCM?

My existing BCM did not have the circuit for the electromagnetic tailgate opener in it. I tested the BCM using a multi-meter but it proved to be useless as no power output was shown at the tailgate opener pins in the BCM when the car was locked or unlocked. I also wanted to install the Dzire Monitor Clock which displays the ambient temperature sensor and time. My existing BCM again did not have the circuit to take in the temperature sensor readings.

The BCM which I picked up from the scrapyard being a ZXi, I knew it would support the tailgate opener and the Dzire clock mod which I wanted to do.

So I started to study the service manual on what all inputs the BCM takes and gives out to the other components. Swapping the BCM will require the whole dash to be opened and also I wanted to fix a few wires which were attacked by the rat permanently. After a month, I was ready to swap it.

I started making custom wiring harness myself using the wires which I picked up from the ZXi, Referred to the Service manual, and made sure I used the same colour-coded wires as I wanted it to be exactly the same as the ZXi and in the future, it will be easy for anyone to diagnose. Drew diagrams of the BCM mentioning what pin is to be put where so dad and I could refer to it and get the job done faster.

So on a Sunday, started off at 7 am and managed to remove the whole dashboard in under an hour. We took power from our security room in the parking lot for soldering and illumination. Kept all the trim pieces safely and there was a surprise waiting for us. 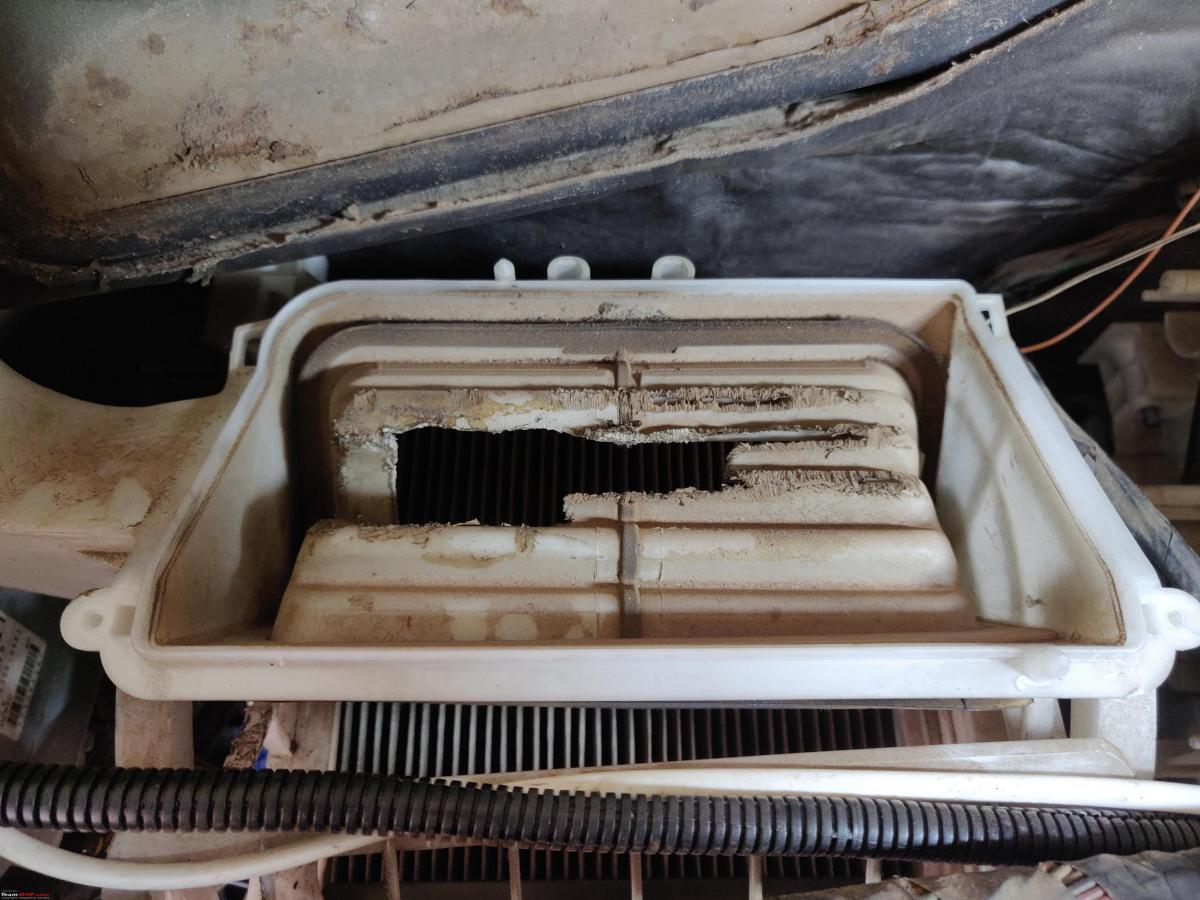 The recirculation flap was EATEN OFF! Now being Sunday MGP was closed so we kept that work pending. Now since my car does not have an immobilizer, It was no issue with swapping the BCM since no programming is to be done. I disconnected the Battery and unplugged my BCM and plugged in the ZXi BCM, Connected the battery, checked if anything was smoking Checked if all the electricals are working properly and started the car, 2 Error codes popped up. One was B1150 and the other was B1141. Referred to the Service manual and figured out that B1150 is for the Airbag circuit and B1141 is regarding the outside temperature sensor which was not connected. Inserted the pins into the BCM and connected the temperature sensor temporarily to see if the error code went away and it did so after connecting it. Bummed out, dad suggested we continue with the work and deal with the clock later, he mentioned it could be a clock issue since the error for the temperature sensor had gone away. We wired it cleanly and even installed a Boot lamp that activates when the tailgate is opened. SWEET! We did not even realize the time fly and it was almost dark. The project couldn’t be completed that day due to the non-availability of the recirculation flap. I did not want to open the whole dashboard again just to replace the flap. Eventually, the car had to be grounded because we decided to work on it during weekends, we wanted the job to be done without any time constraint so work continued the next weekend. The Recirculation flap was sourced from Boodmo because MGP said it would take them 10 days to source it.

The next weekend again we started the work at 8 am and replaced the recirculation flap and started assembling it back. We were much quicker now and I made sure to replace each and every clip of the dashboard to get rid of the freebies made available by Maruti ( RATTLES !!) Carefully assembled everything back and it was a perfect fit. The wiring was tied down right along with the harness nothing was left loose. Nowhere was electrical tape used to join wires as taught by my dad, it was only Solder, heat shrink tubes, and Sleeve. Replaced the Boot latch and the handle to the ZXi The only bummer was that the darn clock was not showing ambient temperature readings!

I reached out to DBHPian Audioholic and explained the whole saga and asked him why it was not displaying the readings even though we did it all right, He directly narrowed it down to the clock. I later then checked the part number mentioned on the clock and turns out it was for the SX4. The Dzire clock and the SX4 clock look similar but they both have different part numbers and most probably different motherboards.

I decided I’ll make a visit to MASS and ask them to plug in the SDT ( Suzuki Diagnostic Tool) and check if the BCM is reading the ambient temperature from the sensor or not. I took the service manual along and explained to the Service Advisor what exactly I was wanting to do with the SDT, He obliged and plugged in the SDT, and turns out the BCM was indeed showing the ambient temperature sensor !! This proved that the clock was at fault and that the SX4 clock would not work on the Swift/Dzire BCM. Also, the added bonus was that SDT had the option to disable airbag circuit errors on cars without airbags! Now an Error free car! Special thanks to Service Advisor Jeevan for helping me out with all my doubts and always making sure I leave happy from the Service Center.

I remembered seeing a totalled Dzire in my FNG and went there even though it was late at night. Was lucky enough to see that the Clock was still present and I asked the mechanic if I could have the clock and he agreed. He did not even charge me for it. The New Dzire clock is not in production and it costs ₹5123 since it is an SGP part. Ran back home and removed the SX4 clock and plugged in the Dzire clock and the moment of truth. The ambient temperature reading popped up as soon as the ignition was turned on! So it was all finally done and installed back the clock trim piece back with new clips.

Photos of the interior at night. The Boot lamp illuminates the boot really well, I might think of replacing the halogen bulb with Led in the future.