Having trouble deciding on a new hot hatch? It’s about to get a lot trickier… 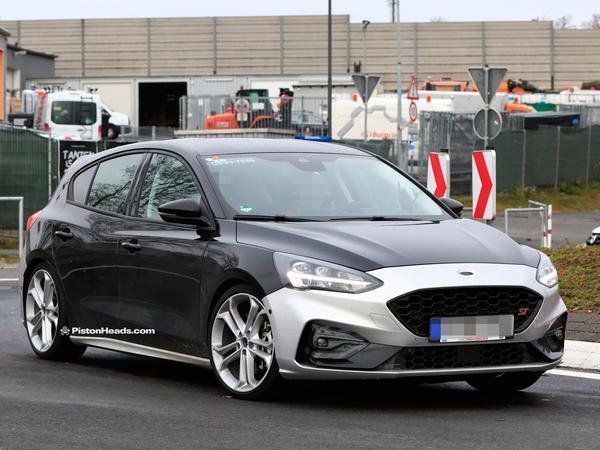 For more than 15 years now, the Ford Focus ST has been one of the best hot hatches around. Alright, so the original ST170 had a rather wheezy engine, but the second generation car sorted that out with the burly 2.5-litre five-cylinder, and the outgoing ST was a proper riot as well. All have been affordable, accessible and blessed with the sort of engaging dynamics we’ve come to expect from Ford over the past couple of decades.

Therefore expectations are high for the Mk4 Focus ST, particularly with the standard being received so well by the mainstream motoring press. It would appear that Ford’s family favourite is back to being one of the best in class to drive, which wasn’t exactly a given before, and of course provides a great basis for building a quick one. 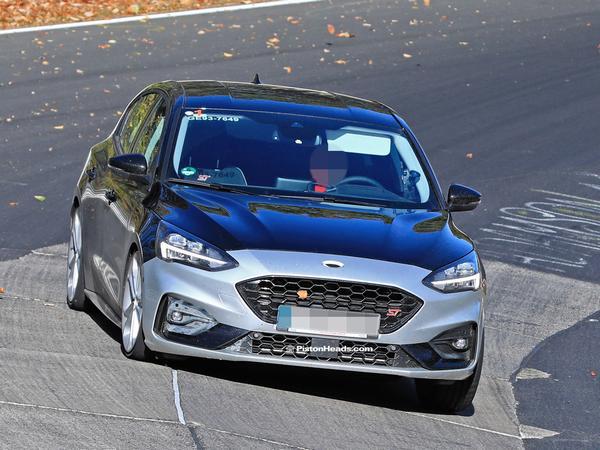 These Nurburgring spy shots are our best look yet at the new car, with very little disguise. Someone should tell Ford that taking the Blue Oval off the front isn’t much help if you leave the rear one in place… Like the previous models, the ST receives a pretty subtle visual makeover, leaving enough room for a naughtier RS in time. Note here the more prominent bumpers, twin exhausts, bootlid spoiler and ST badges, entirely as would be expected. For now this prototype is using the 18-inch wheels from the old car, which would suggest the same size again this time around, albeit with a new design (and whatever the newest Michelin rubber is) by the time production arrives.

Autocar believes that the next ST will use a version of the Focus RS’s 2.3-litre Ecoboost turbo, albeit with less exotic internals and a lower headline power output. While more power than the outgoing ST’s 250hp seems likely, don’t forget either that this era of fast Focus is expected to be lighter, and so the need is reduced for big power. Given an i30 N Performance is 275hp, the Renault Sport Megane 280hp and Peugeot 308 GTI (definitely worth comparison here) are rated at 270hp, somewhere in that ballpark for the ST seems likely. As before, it’s believed that the petrol ST will be offered exclusively with a manual gearbox. 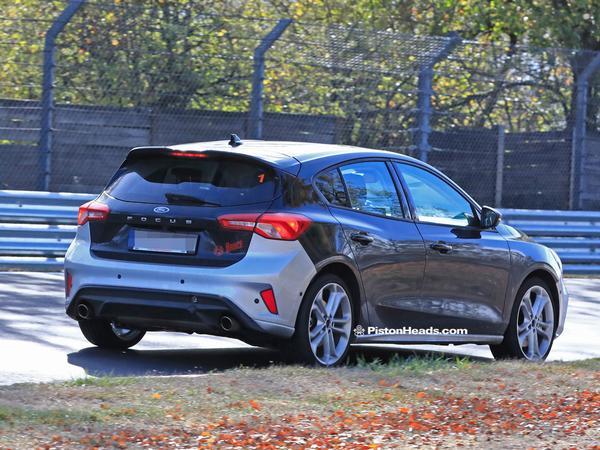 While the ST was originally due to arrive before the end of this year, a debut in 2019 now looks more realistic. Given Ford has dropped hatchbacks from its North American line up, taking the wraps off it at Detroit in January seems unlikely. If money had to be put on it, we’d gamble on a Geneva reveal, with sales beginning very soon after. It’ll come around before you know it… 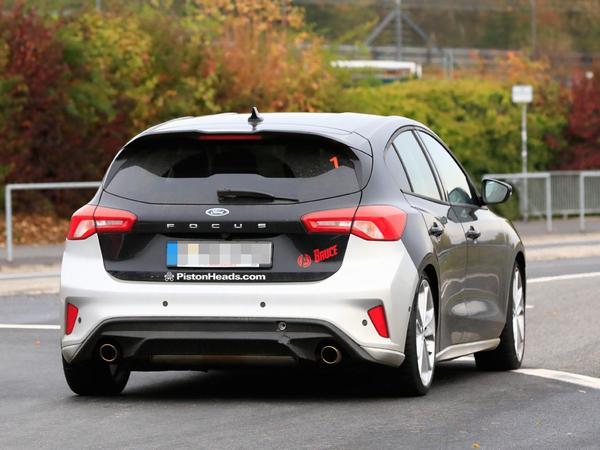 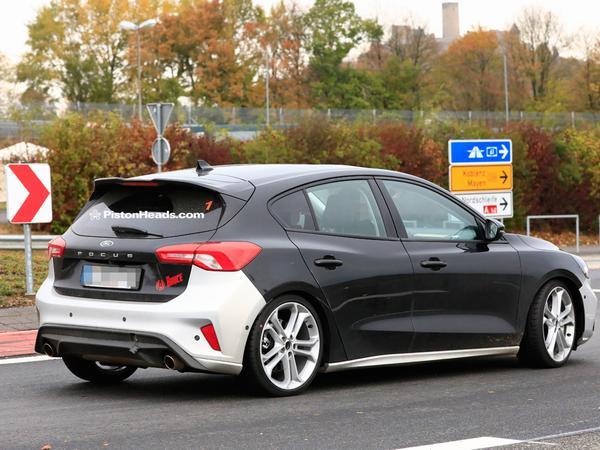 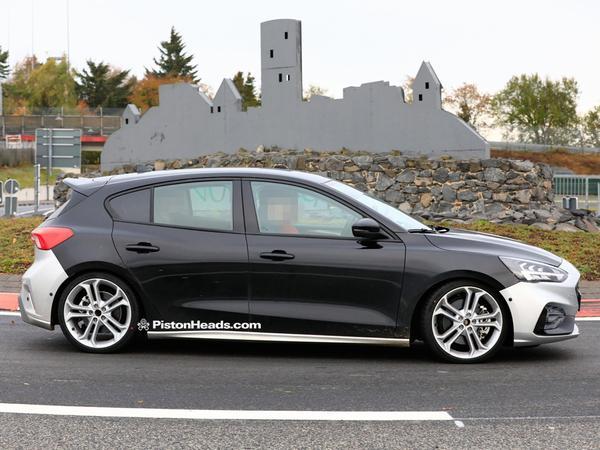 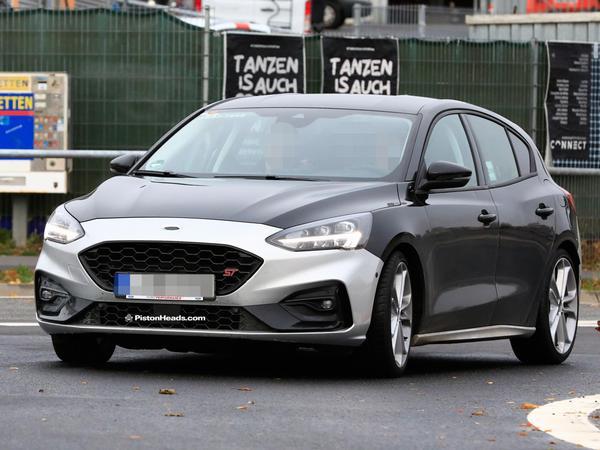 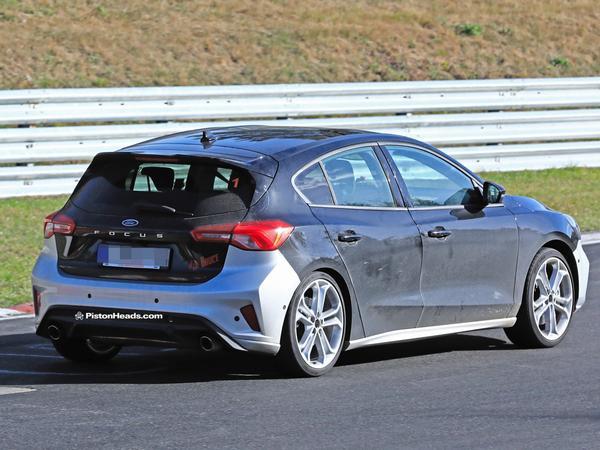 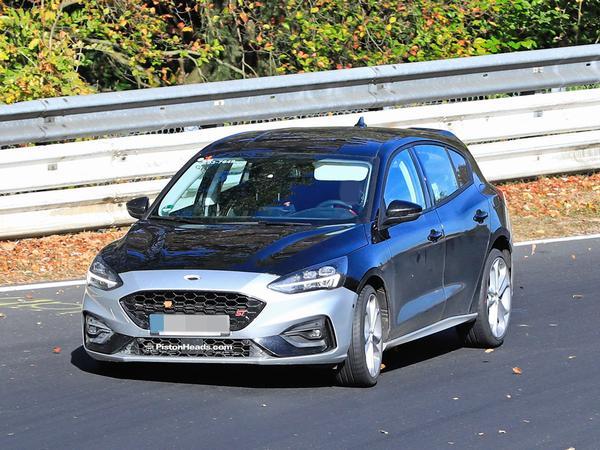