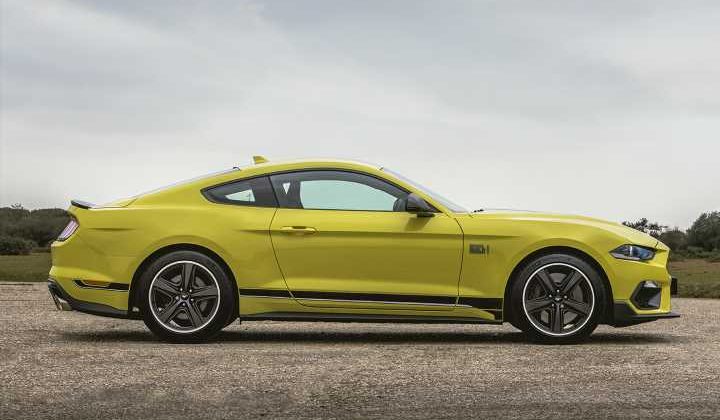 A manual gearbox is staying, too!

A lot has changed since the first right-hand drive Mustangs arrived in the UK back in 2015. Back then buyers frantically scrabbled to get their V8 fix, the 5.0-litre eventually outselling the 2.3 Ecoboost so comprehensively that the four-cylinder was dropped. Line lock burnout pictures were everywhere, California dreams were lived out in convertibles and we even got a Bullitt as well – the Mustang had made it to Britain, and what an arrival it made.

Things look a little different for the Ford icon in 2022, with a focus on the electric Mustang Mach-E, fuel at almost £2 a litre, and the future of fast Fords in doubt – see the cancelled Focus RS for proof. Nevertheless, a seventh-generation Mustang is coming – thank goodness – and it’s coming to the Detroit show in September. Where else could they show it?

For the moment the all-new car has only been previewed in a very short video, essentially announcing the when and the where of the debut. However, there is a key detail in the seven seconds – an outline of a six-speed manual shift. And, er, Ford CEO Jim Farley tweeted the video with #SaveTheManuals. A clutch and stick is a central tenet of the Mustang’s appeal, even with a very good 10-speed auto available, as there’s really nothing like pairing an atmospheric V8 with your own gearchanges. So it’s very, very pleasing, with everything pointing towards a manual-free Mustang, to see the old ways live on a little longer in a new generation. Expect plenty more to follow soon ahead of the September 14th reveal.