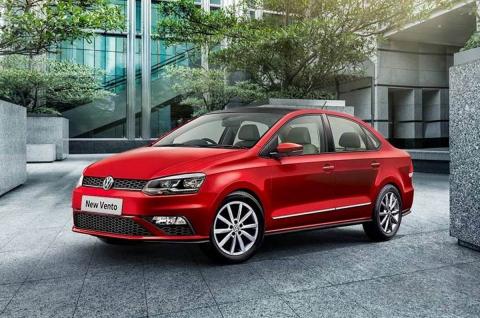 The new Vento will be based on the MQB A0 IN platform and could be powered by a 1.0L turbo-petrol engine.

Both the Volkswagen Vento and Skoda Rapid are long due for an update. Now, according to a media report, the next generation Vento will arrive in India before its sister car.

The new Vento will be based on the MQB A0 IN platform. Under the skin, both the Vento and Rapid will have the same underpinnings. The cars are also expected to share the same 1.0-litre turbo-petrol engine that is currently on offer. The 3-cylinder engine puts out 109 BHP and 175 Nm and is mated to either a 6-speed manual or 6-speed automatic gearbox. The report states that the Vento replacement will get the same transmission options.

The next generation Vento and Rapid are part of the VW Group’s India 2.0 project. Besides the sedans, the company is also gearing up to foray into the crossover segment with the Skoda Vision IN and VW Taigun.

Both crossovers will be based on the heavily localized MQB A0 IN platform and are expected to be powered by a 1.5-litre, turbo-petrol engine. The engine could be paired with either a 6-speed manual or 7-speed dual-clutch automatic transmission.