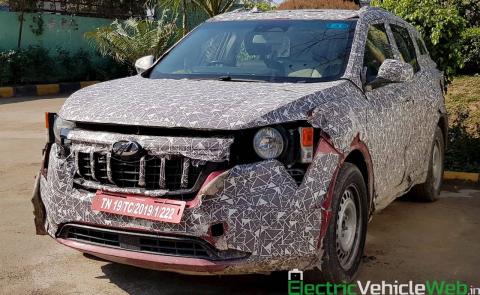 It could become the first SUV in its segment to get Level 1 autonomous technology.

Spy images of the next generation XUV500 have revealed that the popular SUV could get Advanced Driver Assistance Systems (ADAS) similar to those offered on the recently launched MG Gloster.

The test car appears to have been equipped with a front-facing camera mounted into the top of the windshield, while a radar sensor seems to have been integrated into the front bumper. The array of sensors could be crucial for systems like adaptive cruise control, frontal collision warning, autonomous emergency braking and lane departure warning.

If ADAS does make it into the new XUV500, it could become the first SUV in its segment to get Level 1 autonomous technology.