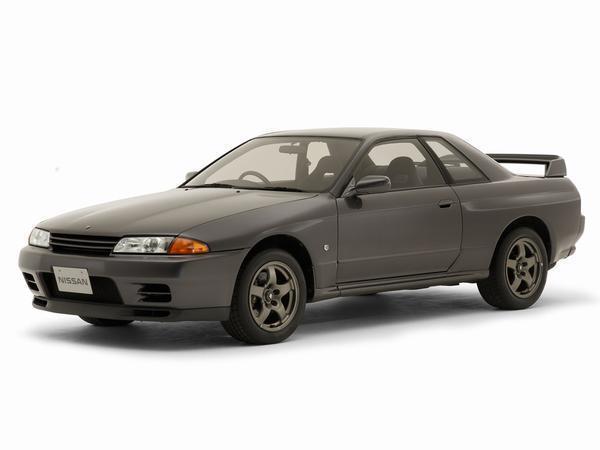 In August 1989, Nissan revived the ‘GT-R’ name with the BNR32 Skyline GT-R – a car which quickly began building a reputation for being one of the quickest on the road.

This was in part thanks to its battery of driver-assisting technology. Under its taut, muscular exterior sat an all-wheel-drive system, featuring a computer-controlled hydraulic centre differential and a limited-slip rear differential, called ‘ATTESA E-TS’ – and the Nissan also packed a four-wheel steering system. The result was a car that could corner at almost comical rates, carrying speed and putting its power down where others would simply disappear off into the hedgerow.

It had the punch to match its sports car and supercar-worrying cornering speed, too. Its 2.6-litre straight-six engine benefitted from parallel twin turbochargers and put out a claimed 280hp and 260lb ft. This, in conjunction with its all-wheel-drive system, granted a 0-62mph time of just 5.6sec. Flat out, the 1,430kg coupe could clip 155mph.

It wasn’t just on the road that the Skyline proved its prowess, mind; in its home country alone it won four touring car championships in a row. In Australia, the car’s outright domination in Group A racing led to it being dubbed ‘Godzilla’. 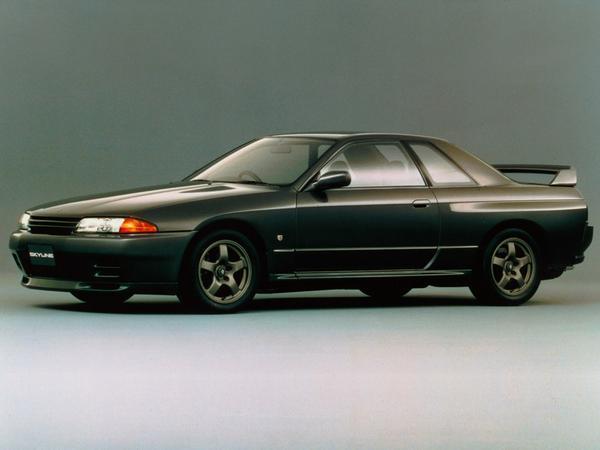 Interest in the car, later simply referred to as the ‘R32’, remains high even to this day – in part due to its prevalence in gaming series such as Gran Turismo and the success of the current generation of GT-R. The popularity of the R32 is still so high, in fact, that Nissan has even begun remanufacturing heritage parts in order to ensure the survival of its earlier GT-R.

You’ve some options if you’re considering an older Skyline, too; although the R32 was never officially sold in the UK, numerous examples have been imported – including standard models, the homologation special NISMO variant and higher-performance V-Spec I and II editions.

Buying a Skyline isn’t the decision of a moment, though, given that these are rapidly ageing high-performance cars – and ones prone to several issues. You may see the odd GT-R for sale for around £15,000 but you need to tread carefully, as rust and mechanical problems can quickly result in significant bills.

Consequently, it’s often best to spend upwards on £25,000 on a car that’s been refreshed and well maintained so you can get on with the business of simply enjoying a Skyline at its best. Fortunately, with numerous specialists dotted throughout the country, it shouldn’t be hard to find a car that meets your requirements – but, in any case, read on to find out just what you should look out for. 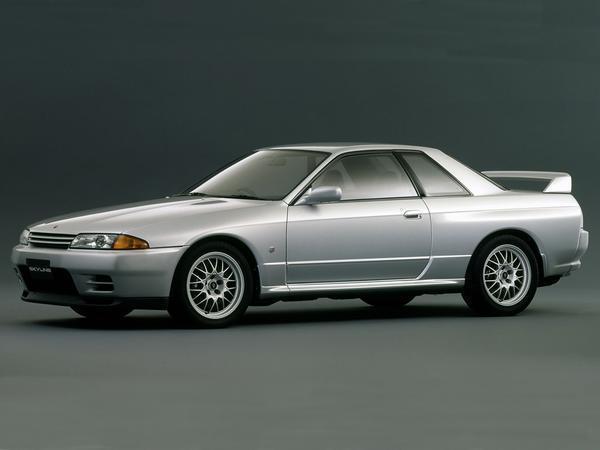 One common issue, which won’t come as a surprise, is that of corrosion. The arches, sills, front strut tops, main rails, bulkhead, rear wings behind the spats and the rear screen surround can suffer. In short, crawl over any potential purchase and look for any signs of damage – as properly sorting a rusting R32 can entail serious expenditure.

Be wary of any car that’s liberally coated in underseal as it could be hiding all manner of nightmares. On a similar note, low-quality underbody protection – or that which has been poorly applied – can be just as problematic as no chassis protection. Expect to pay around £450 to have a car cleaned, prepped and protected underneath.

While inspecting the car’s underside, have a look at the sills and chassis rails as they can easily be damaged by poorly positioned jacks. A specialist such as RHD Japan may be able to help you source replacement panels if you’re intent on correcting the fault. 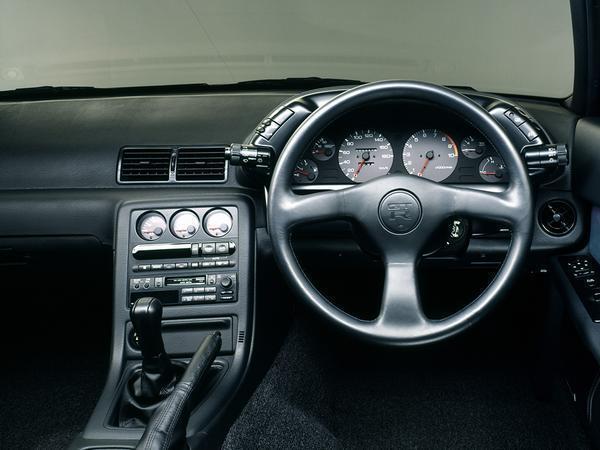 The front wings and bonnet are aluminium and easily dented, so check for any damage. As is the case with any high-performance car, look carefully at the shut lines and panels for any sign of accident damage. If you’re considering a car that requires paintwork, don’t forget things such as the cost of new window seals; OEM seals are hard to come by and expensive, so the cost of a proper glass-out respray can quickly escalate. On any car, check for signs of water ingress that can result in corrosion.

The R32’s interior is generally durable, as is the case with most Japanese cars, but check for wear to the seats, steering wheel and gear knob. Be mindful of cars with aftermarket gauges fitted, as fitting them often entails drilling holes in various panels – which could be an issue if you later want to remove the gauges. Don’t be surprised if a standalone oil pressure gauge has been fitted, in any case, as the standard one can be inaccurate.

Before heading out on a test drive, make sure all the warning lights – such as that for the ABS, HICAS four-wheel steering and the four-wheel-drive system – light up and then promptly go out. 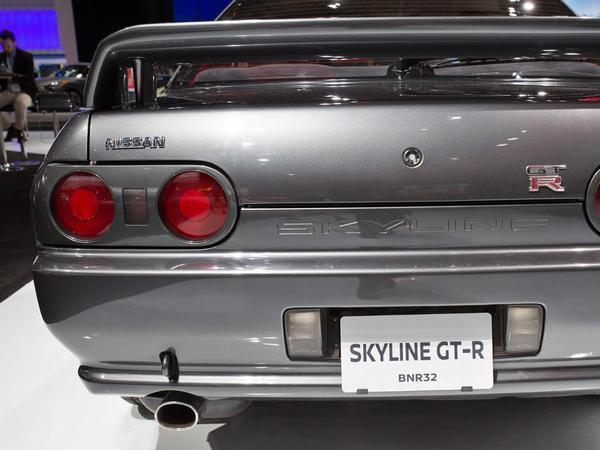 The twin-turbocharged RB26DETT is by no means an unreliable powerplant but it does have its foibles, and neglect or poorly chosen upgrades can quickly result in spun bearings, blown gaskets or disintegrating turbochargers. In any case, these are older high-output engines and likely to be getting a little tired. Consequently, it’s worth finding one that’s been freshened up at some point in order to avoid significant outlay.

Besides inspecting the engine for obvious signs of problems, such as overheating or ominous rattles, check for an indicated oil pressure of around two bar at idle and four bar at higher RPM. The standard oil pressure gauge isn’t the most reliable but, if it’s indicating in that region, then it’s a good sign that the engine’s in fairly sound health. Lower readings, however, should be a cause for concern.

Stock boost should be in the region of 0.8 bar but many remove the factory restrictor which raises boost to 1.0 bar. Any more and the factory turbochargers’ ceramic compressor wheels can fail, liberally trashing the engine – although there’s no guarantee that they’ll hold together at 1.0 bar, mind.

The RB26 has a persistent problem with failing oil pump drives, which cause terminal engine damage. Nissan did ultimately resolve the issue later in the R32’s life – from February 1993 onwards – but that doesn’t necessarily mean the engine you’re looking at still has the best drive fitted. 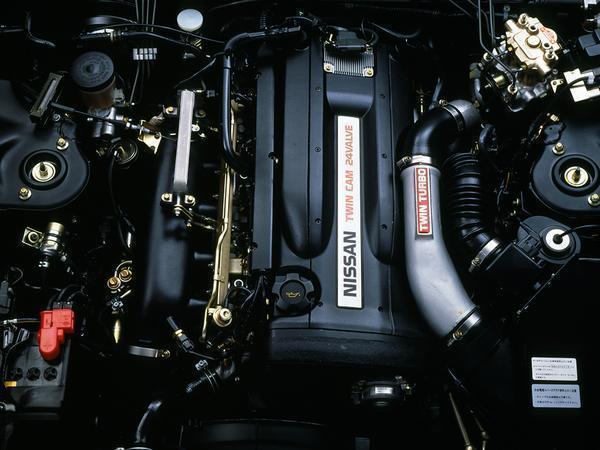 Misfiring can be the result of a failing coil pack or duff plug but replacements are readily available. The coil loom can also cause issues but a new one is not expensive.

Timing belts should be changed every 62,000 miles or five years – although many change it earlier. A kit including a water pump and tensioner will cost around £250 and takes around four hours to change. Check any potential purchase’s history carefully for evidence of this and look for signs of high-quality fluids and parts being used throughout.

As is the case with most Japanese cars of its ilk, the sky’s the limit when it comes to ramping up the engine’s output. Powertrain upgrades aside, don’t forget about supporting modifications such as improved fuelling and cooling systems. If you’re looking at a car that’s already been upgraded, check for evidence of careful tuning to suit – and make sure what’s claimed marries up with what’s actually fitted to the car, if possible.

Watch out for signs of a slipping clutch. Replacements cost upwards of £300 but the job takes several hours and often uncovers other components that require refreshing. The five-speed gearbox, however, is usually trouble-free – but do keep an eye out for signs of synchromesh problems.

The earliest examples of the R32 GT-R are now almost 30 years old and many have accumulated considerable mileages. As a result, it’s best to be prepared to overhaul much of the suspension – if you wish the car to drive as intended – unless there’s evidence of it being done in recent history. Fortunately, most parts are available off the shelf; a complete polybush kit, for example, costs £535.

It’s a similar story on the steering gear front; worn track rods can induce slack in the steering but replacements cost a sensible £30. One Skyline-specific trait to be aware of, though, is that of the active rear steering system. It’s great for fast road and track work but can fail, while the track rods can also wear and cause issues. It can be removed in its entirety, though, reducing cornering performance but resulting in far more predictable behaviour. Driftworks sells a delete kit that costs £180.

Owners seeking a sharper and more sporting experience can pick from an extensive selection of upgrades, including chassis strengthening components and stiffer anti-roll bars. Even coilovers need not break the bank, with BC Racing offering sets for under £800. 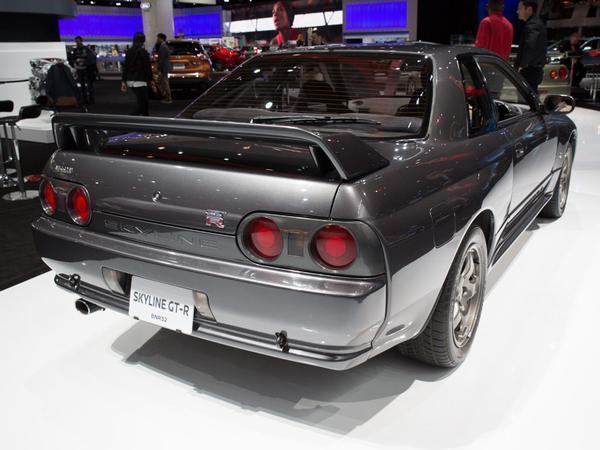 If the R32 in question has retained its factory 8Jx16 wheels then you’ll have no problem finding tyres. The standard size was 225/50 R16 and, even today, there are numerous options that match the required specifications – including high-quality tyres from companies such as Continental, Michelin and Bridgestone.

Braking system components for the Skyline are available off the shelf and aren’t overly expensive; a set of quality front discs for standard GT-R, for example, cost around £150. Similarly, companies such as Import Car Parts offers a complete set of brake pads for less than £40.

The Nissan’s brakes were never the greatest, out of the box, and performance improvements elsewhere may amplify the lack of outright stopping power. Consequently, many may wish to fit more powerful brakes. Fortunately, you have a plethora of options – ranging from comparatively affordable big brake kits from D2 to expensive set-ups from AP Racing. 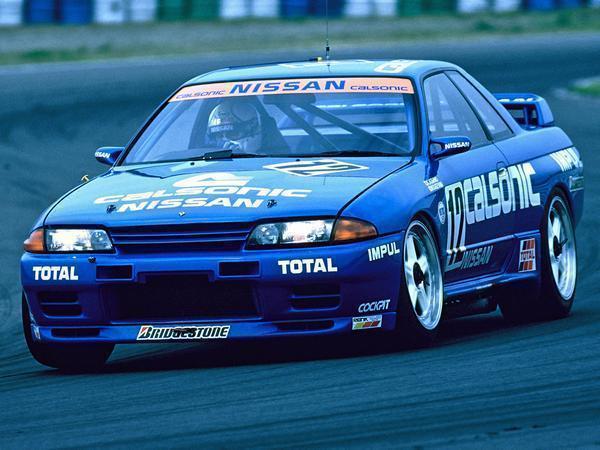 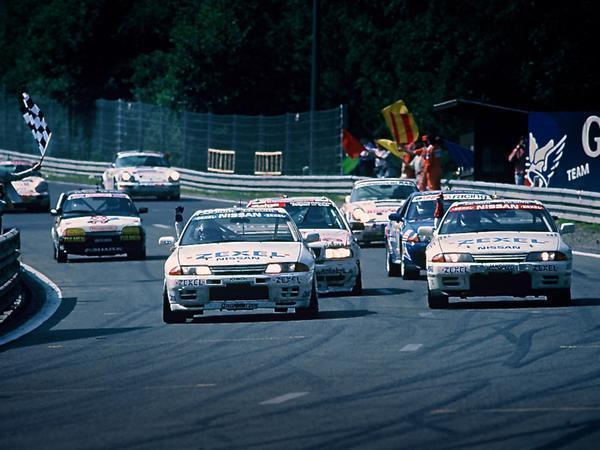 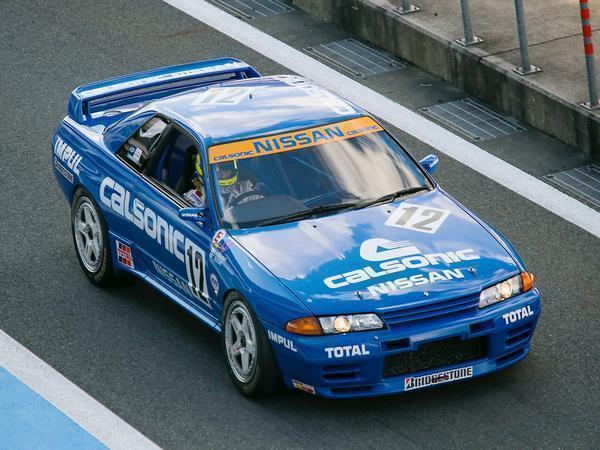 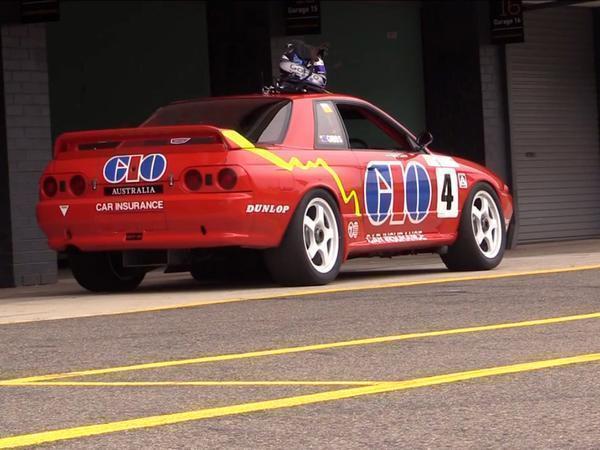 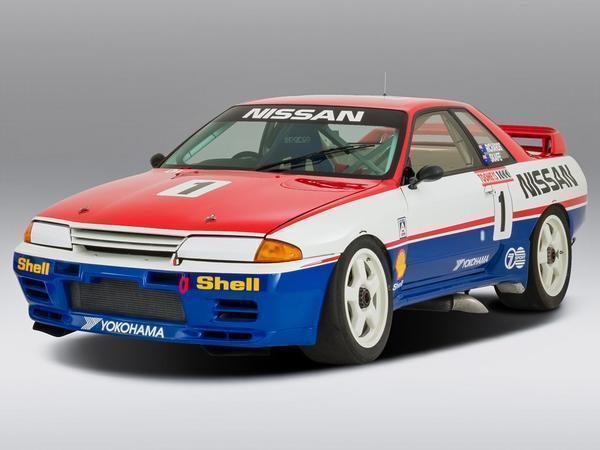