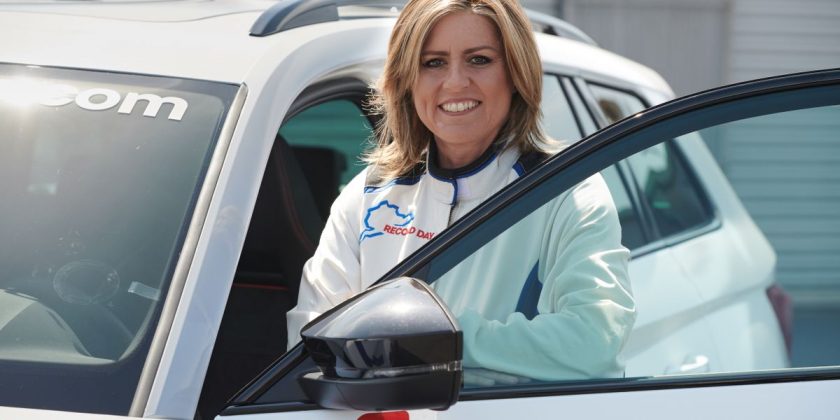 Racing driver, TV presenter and all-round Nurburgring legend Sabine Schmitz has died age 51. Last year Schmitz revealed that she’d been “fighting an extremely persistent cancer” since 2017, which had “come back full force”. News of her death emerged on Wednesday morning.

Born in Adenau on 14 May 1969, Schmitz rose to international fame in 2004 following an appearance on Top Gear in which she coached Jeremy Clarkson to a sub-10-minute lap in a diesel Jaguar S-Type, having appeared on another of his programmes a couple of years prior. She famously quipped, “I do that lap time in a van,” which she very nearly did during a later episode.

Schmitz was already established as a local legend and an exceptionally quick racing driver long before that, however, with victories at the 1996 and 1997 24 Hours of Nurburgring among her many achievements. She piloted the famous BMW M5 ‘Ring Taxi’ for years, and by her estimates had clocked tens of thousands of Nordschleife laps over several decades.

In 2016 she became a full-time presenter on Top Gear for one season, making regular and memorable guest appearances after that point. Schmitz remained active in the motorsport world in her later years and was clearly still partial to taking big diesel-powered things around the Nurburgring awfully fast, as proven by her setting the record for seven-seaters in a Skoda Kodiaq vRS not so long ago.

Tributes came flooding in when news of Sabine’s death broke on Wednesday morning. “Terrible news about Sabine Schmitz. Such a sunny person and so full of beans,” Jeremy Clarkson said. “Sabine Schmitz passed away far too early after a long illness,” the official Nurburgring Twitter account said in a short statement, adding, “We will miss her and her cheerful nature.”

“Never met anyone else like her: unstoppable, brilliantly funny and so talented,” her former co-star Chris Harris said. Meanwhile Dale Lomas of Bridge to Gantry noted, “There’s a generation of ring-drivers who will remember Sabine for so many things. Mostly E39s, E60s and tyre smoke.”