Let’s get the issue of the man’s name out of the way first. As best as he knows, Austin Grabowski is no relation to the T-bucket–building, Ivo-racing, sometimes actor and all-around-character Norm Grabowski. Norm did once “adopt” Pat Grabowski, Austin’s dad, at a car show. As Austin tells the story, Norm spotted Pat wearing a shirt bearing the Grabowski name, wrapped an arm around his shoulders, and became family just long enough for Pat to buy him a beer or two.

Some of Austin’s earliest memories are of riding around with his dad in his dad’s Deuce three-window, a car he’s had since he was a teenager. When Austin was in his late teens, Pat undertook a major revamp of the car, tearing it down and rebuilding it as a fenderless hot rod. Tinkering with the Dodge Red Ram-powered Ford is “his stress relief for the day,” says Austin 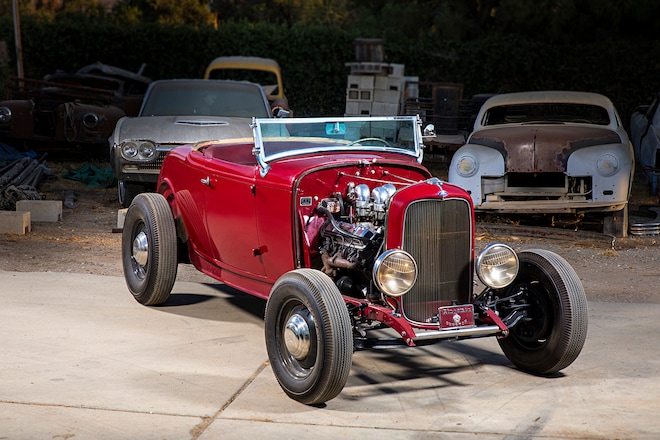 Austin has been “into speed” since he was about 6, he says, and he still has the tiny quarter-midget race car he drove back then. It is stored on a pallet rack in the spacious shop he shares with his dad, on a large plot of rural Southern California land that’s been in the family for decades.

(Quick trivia detour: This shop is where Forrest Lucas, at the time a tenant of Pat Grabowski’s, started formulating the blends that laid the foundation for what is now Lucas Oil Products Inc.)

Austin’s love of fast cars, and the inspiration of his dad’s Deuce, set him on his life’s path. He attended McPherson College in central Kansas, which offers a four-year degree in automotive restoration. Austin chose to get a business degree with a minor in auto restoration, to “have something to fall back on.” Knowing how to run a business comes in handy with the operation of Grabowski Speed Shop, which Austin opened about 2 1/2 years ago. 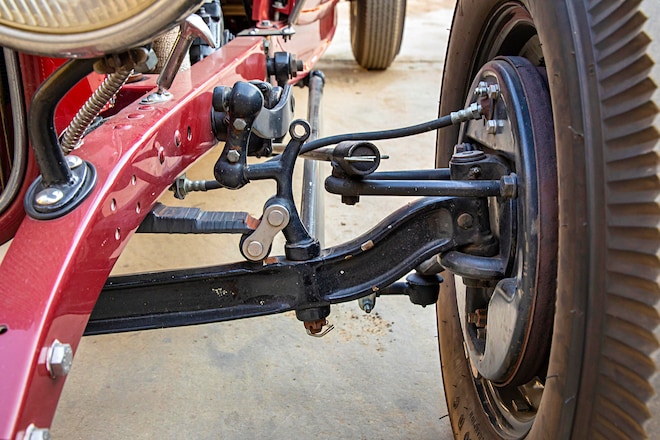 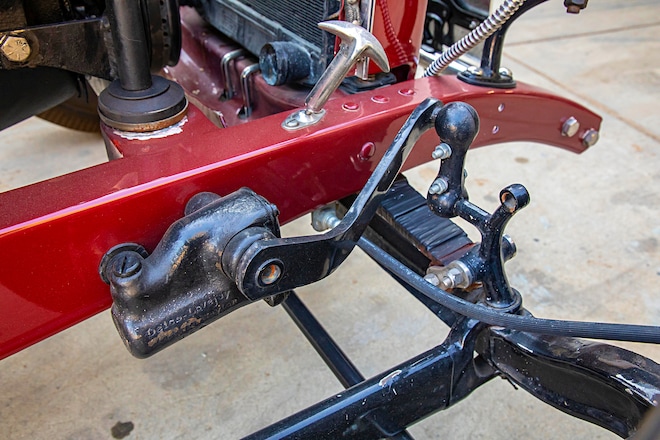 The seeds for the Speed Shop, where Austin turns out “only American hot rods and era-correct customs,” were planted with this roadster, something of an extracurricular activity while he was at McPherson. “I built it in Kansas, but it has a lot of Southern California attitude. I wanted it to look like a guy in high school built it in 1957. Other than the Brookville body, there’s nothing on it newer than 1957.”

He had hoped to use a gennie Ford body, “but when I looked at original bodies, the best one I could find was $15,000, and all the metal from the beltline down needed to be replaced.” So he did the next best thing: He mounted the body to a real ’32 frame and added ’32 parts to the reproduction body—the firewall, grille shell, gas tank, headlights, spreader bar, and more. Several of those parts were graciously donated by his dad, who had at one time run them on his coupe. 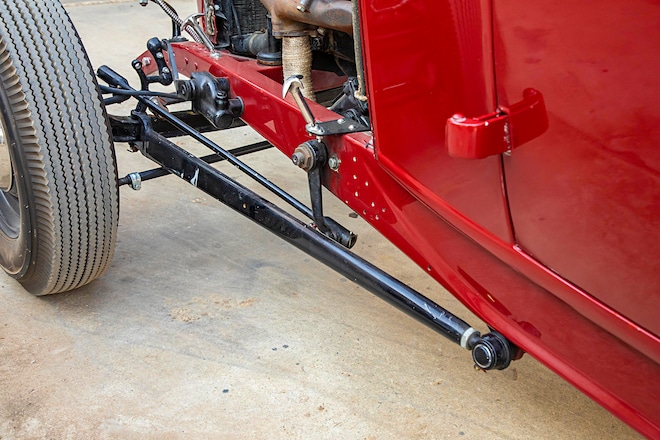 It took Austin a little over a year to chase down all the parts and assemble the car, all while taking a full course load at school. He did everything himself: machining, bodywork, paint, even the upholstery. Most of the work was done in a storage unit.

Originally he was going to put a Cadillac flathead in the car, but that plan changed when he took the engine to a machine shop and found the block was cracked around the lifters and oil gallery. There was a silver lining. Austin befriended the shop’s owner, Jerry Phillips, and wound up with a job there. 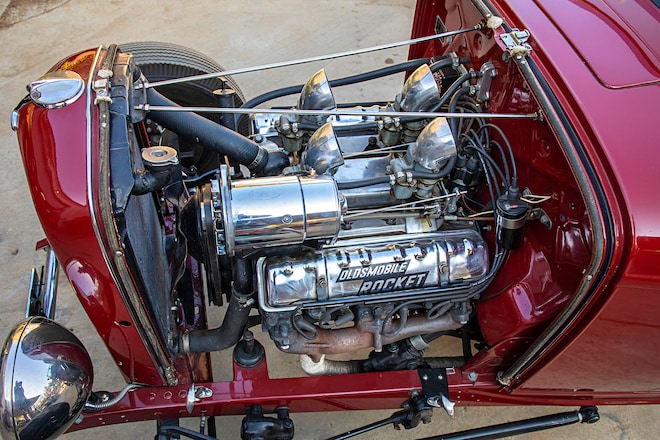 Plan B was the Olds Rocket engine, which he got in a trade for a set of small-block headers. Seriously. “The guy had two Olds motors, wanted to get rid of them, and needed a set of headers,” Austin says of his score. When Pat found out Austin had a Rocket V8, he told him, “You gotta call Grandpa Herbie.”

Funny story: Grandpa Herbie isn’t Austin’s grandpa—he’s an uncle by marriage. And his name isn’t Herbie. It’s Bud Reese, who raced the Porter-Reese Olds-powered slingshot in the early days of organized drag racing. Grandpa Herbie happened to have a Chet Herbert 3/4-race cam sitting on a shelf, and that cam went into Austin’s Rocket. (When asked about the cam’s specs, all Austin would say was, “Top secret.”) 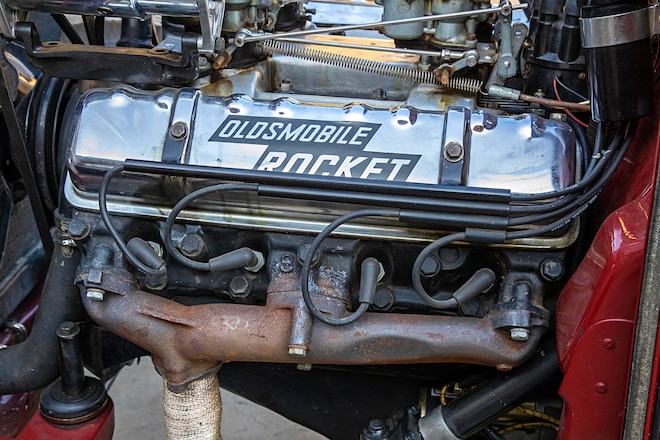 Being a mostly broke college kid, Austin worked hard to find deals for his project car. He paid “$400 for the entire ’32 front end, spindle to spindle, plus wishbones.” The repop Firestone tires came from a Cyber Monday sale at Lucas Tire. The Lincoln Zephyr steering wheel was found “at a boneyard of parts at school.”

Austin was just 21 when he finished the roadster, and it became his daily driver as he completed school. “I even drove it in the snow—twice—after a surprise storm. That sucked.” It came home with him to California, and he’s still driving it. He figures he’s put some 30,000 miles on it in the last eight years. He hasn’t collected any timeslips, but he says he got it “to over 140 chasing a buddy in a ’54 Ford with a built Y-block in it. 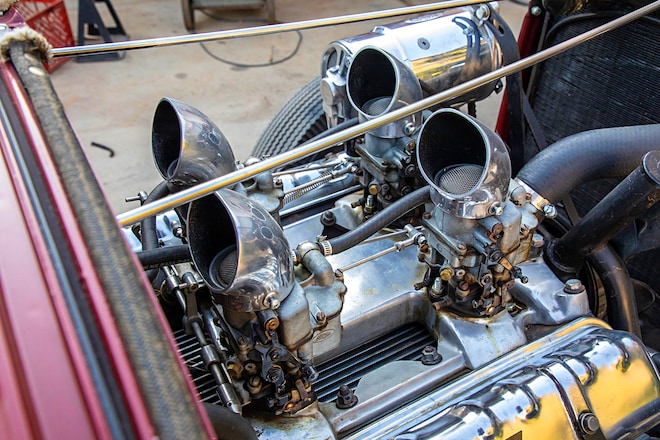 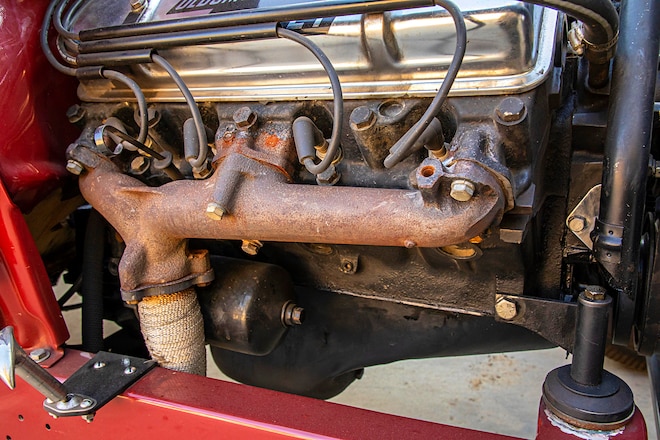 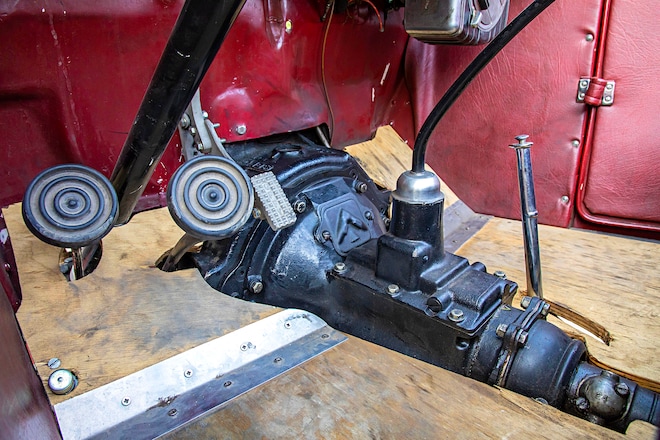 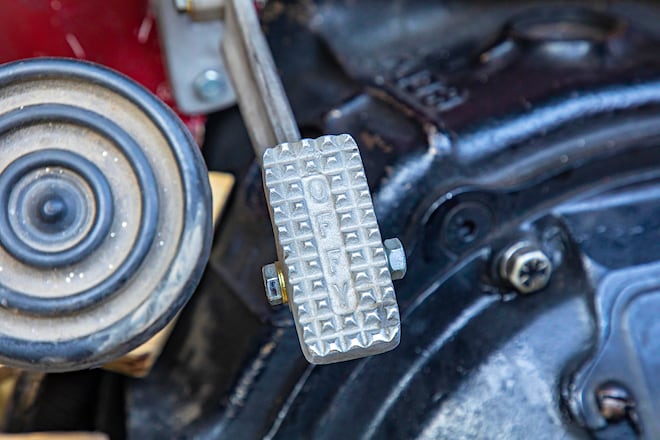 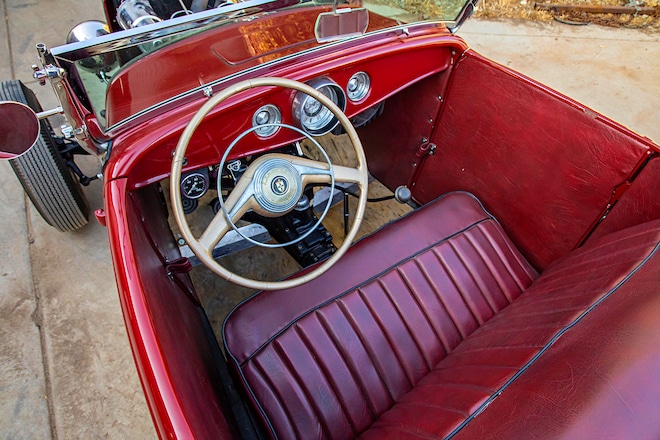 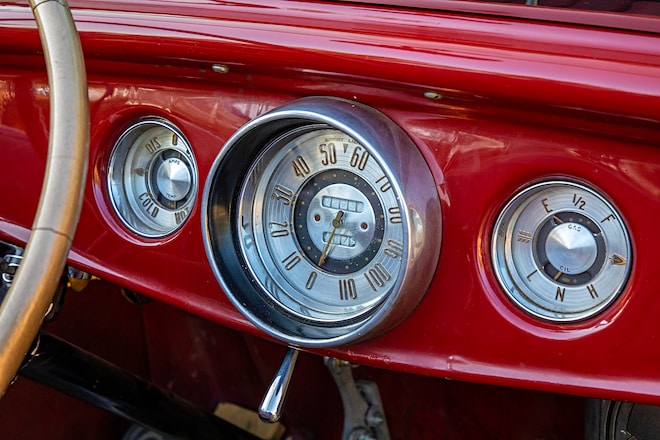 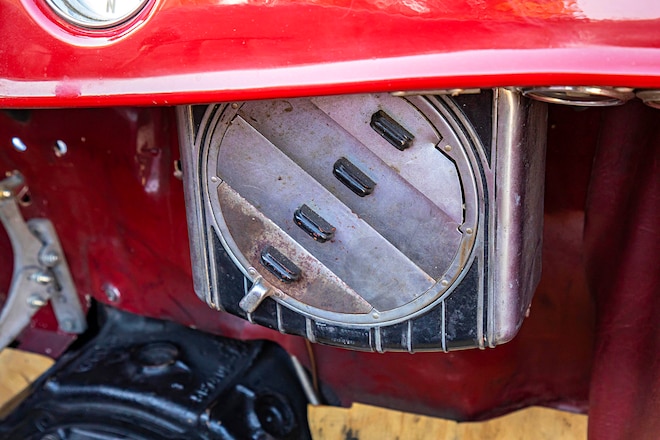 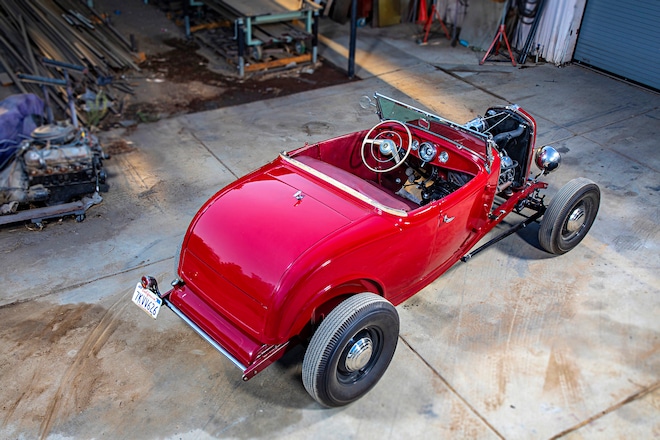