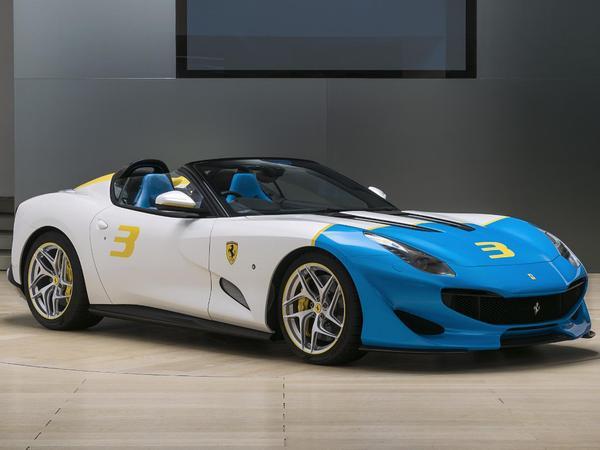 Ever wondered what it would be like to open the canopy on a fighter jet? Funny you should ask, because Ferrari has pulled the wraps off a new bespoke creation called the SP3JC, a one-off roadster that’s based on its 780hp F12tdf. Produced for a longstanding Ferrari customer, the right-hand drive car is the UK’s only drop-top F12 and the first in the world to combine the chassis and running gear of the tdf with a roadster body.

Ferrari says the model – which has a 60hp advantage over Ferrari’s most potent series production drop-top, the 488 Pista – harks back to its V12-engined spiders of the 1950s and ’60s, so it gets a redesigned front with softer features and a back end sporting a flat-rear section that extends out from the rollover protection. For good measure, it throws in Corvette-style portholes in the bonnet to show off the 6.2-litre V12 beneath. 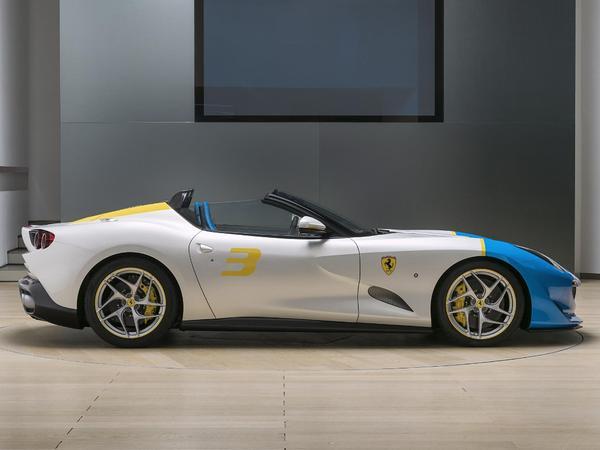 The car’s white and blue colour scheme is said to take its influence from the customer’s love for Pop Art, while its livery and numbers link the car with Ferrari’s motor racing heritage. Inside, the seats are trimmed in blue leather with a white insert and contrasting stitching to match the exterior, although elsewhere it retains the F12tdf’s driver-focused cabin.

Ferrari will have also strengthened the F12’s aluminium structure, likely using the same methods it did to produce other special F12-based drop tops, such as the 10-run F60 America which was produced as a celebration of the company’s 60th year in North America. With no announced performance figures, however, we can only assume the SP3JC will have a 0-62mph time of around 2.9 seconds like the regular car and top speed over 200mph. Like we said: jet fighter. 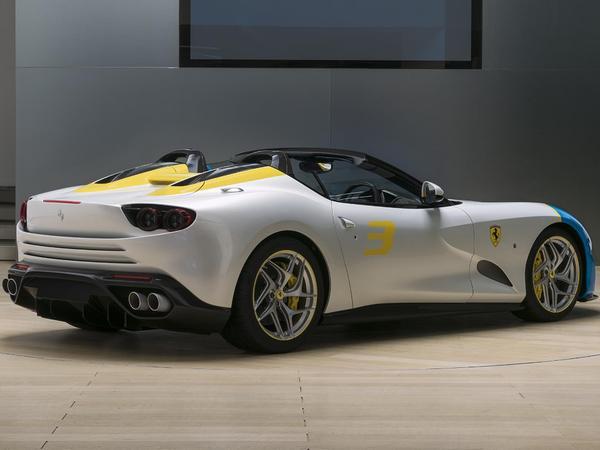 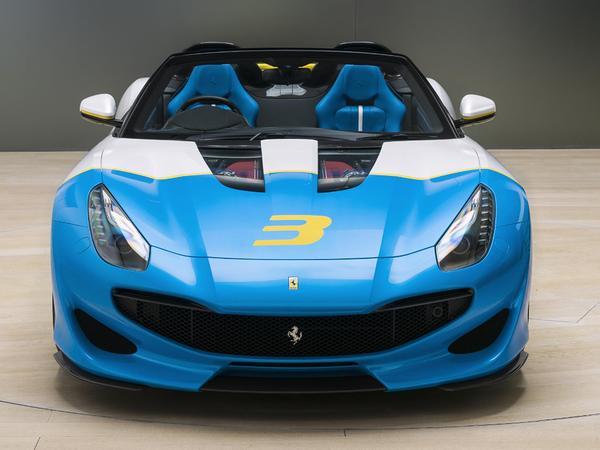 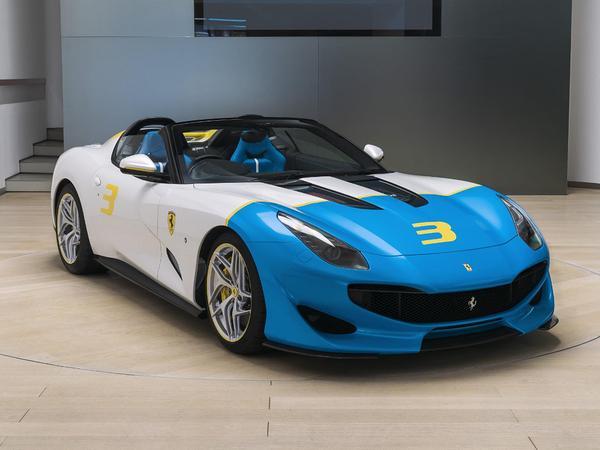